This Friday, superb Cincinnati rockers The KillTones host an album release party in honor of their new nine-track effort, Raw. Animals. Dance. The band will be joined by locals Lemon Sky and Philly-based Soraia for the free, 9 p.m. event at 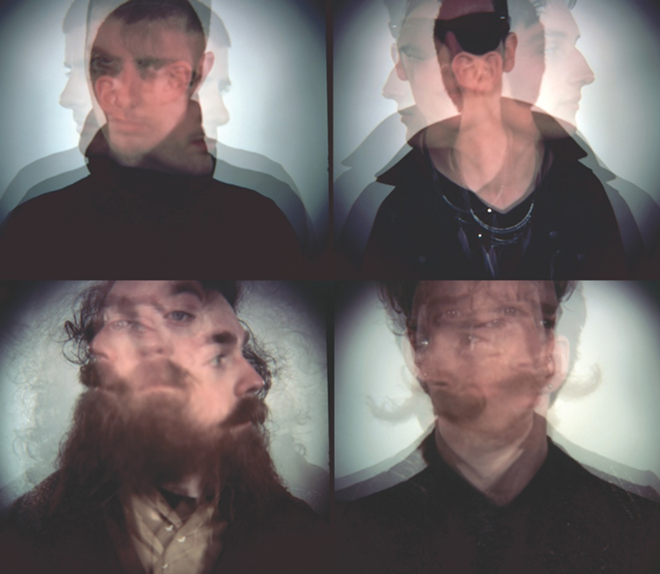 This Friday, superb Cincinnati rockers The KillTones host an album release party in honor of their new nine-track effort, Raw. Animals. Dance. The band will be joined by locals Lemon Sky and Philly-based Soraia for the free, 9 p.m. event at Over-the-Rhine club The Drinkery (drinkeryotr.com). The KillTones will be filming the show and are asking fans to get creative and come dressed in crazy animal costumes. The three best-costumed attendees will be rewarded with a DVD copy of Friday night’s performance and a KillTones T-shirt.

Raw. Animals. Dance is a great representation of The KillTones’ swaggering bluster, proving the band to be one of the finer contemporary descendants of Led Zeppelin’s dynamic Power Blues, alongside artists like Jack White, Wolfmother and The Screaming Trees. But you won’t find any “Stairway to Heaven”-like meandering on Raw. Animals. Dance; the band takes the vintage Blues-meets-Rock formula and injects it with a hypodermic needle full of adrenaline. And don’t be fooled by Blues base — The KillTones’ arrangements and songwriting aren’t restricted by any strict adherence to the classic Blues blueprint. The band shows a versatility that reflects a much wider range of influence.

Singer Clinton Vearil has an incredible voice, singing with the passion of White at his finest and also showing an almost theatrical flair that brings to mind Eric Nally of Cincinnati’s nationally renowned rockers Foxy Shazam. Josh Pilot’s astonishing guitar work is equally compelling, as he knocks out dazzling solos and thunderous riffs effortlessly (he could probably hold his own in a guitar duel with White). Meanwhile, the rhythm section of Randy Proctor (bass) and Ray Redmon (drums) anchors The KillTones’ heavy strut with eclectic powerhouse grooves that often give the music a danceable, Glam Rock-esque boogie.

If there was ever any doubt that The KillTones are one of the best Rock & Roll bands in Cincinnati, one listen to Raw. Animals. Dance is all that’s needed to shatter them instantly. The album is available to stream at thekilltones.bandcamp.com (you’ll also be able to download the release from there after the release show).

Valley of the Sun Comes Home

Heavy Cincy Rock trio Valley of the Sun hasn’t played a ton of hometown shows of late, but the group has a good excuse. The band’s debut full-length, Electric Talons of the Thunderhawk, was released earlier this year in Europe on Fuzzorama Records, the imprint founded by Swedish rockers Truckfighters, which led to extensive touring overseas.

The album came out in the U.S. on June 10 and, like in Europe, it has led to more touring and has been widely embraced by critics and fans of the so-called “Stoner Rock” genre. Electric Talons also was released in South America in late June, so the trio’s touring radius should continue to expand.

But the band is back home to play a Cincinnati show this Saturday in the Ballroom at downtown’s Taft Theatre (tafttheatre.org). Valley of the Sun opens for U.K. duo Royal Blood at 8:30 p.m. Tickets are $11 in advance or $15 at the door.

For more on Valley of the Sun, visit electrictalonsofthethunderhawk.com.

• The long-running Cincy Blues Fest (cincybluesfest.org) returns to Sawyer Point next weekend for its 22nd year. But if you can’t wait to get your multi-act Blues event fix, or if you just want to get warmed up for next weekend’s riverfront festival, Columbia-Tusculum live music haven Stanley’s Pub (facebook.com/stanleys.pub) has you covered. On Saturday, the venue hosts its annual Stanley’s Blues & BBQ fest. The music kicks off at 6 p.m. and Ron’s BBQ will provide the grub. The lineup features locally based Blues artists Howard Brothers Band, Leo Clarke, Dudley Taft and The Newport Trio featuring Chris Carero. Admission to Stanley’s Blues & BBQ event is $10.

• The Taste of OTR festival returns for its second year to Washington Park (washingtonpark.org) this Saturday. Along with edible offerings from the many eateries and shops popping up in the Over-the-Rhine neighborhood, the all-day event (running 11 a.m.-11 p.m.) will also present a diverse live music lineup. Out-of-towners like the vintage Soul ensembles Sonny Knight & the Lakers (Minneapolis) and Magnolia Sons (Nashville) will be joined by Cincy favorites like The Cliftones, Michael McIntire and the Marmalade Brigade, Hayden Kaye and The Ridges. The event will also feature the return of Cincinnati Ska/Soul crew The Pinstripes. The formerly-hard-touring ensemble hasn’t played a local show since announcing this past spring that it would be slowing down and not performing on a regular basis in the future (The ’Stripes hit the stage at 5:45 p.m.). For more information about this year’s Taste of OTR, visit facebook.com/tasteofotr.