It’s hard to be an aging Hip Hop artist. You can retain your dignity and status only so long before some young whippersnapper MC conjures up the most destructive dis of all: “You’re old.” So kudos to Ad-Rock of The Beastie Boys for somehow managing to no 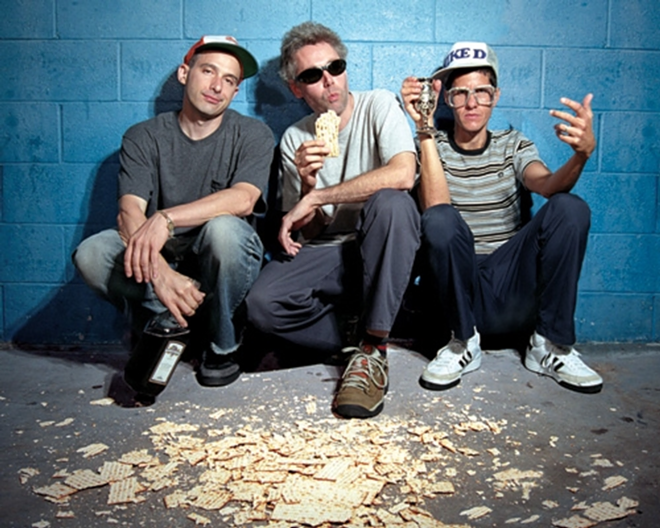 It’s hard to be an aging Hip Hop artist. You can retain your dignity and status only so long before some young whippersnapper MC conjures up the most destructive dis of all: “You’re old.” So kudos to Ad-Rock of The Beastie Boys for somehow managing to not completely embarrass himself or his bandmates during a recent appearance on Quilting Arts TV … er, rather Top Chef: Just Desserts. The Beasties have been relatively bulletproof when it comes to beefs with other artists and they rarely make television appearances, but Adam Horovitz kept his cool, and his involvement — challenging the competing chefs to make a dessert from items taken from Beastie songs, including mashed potatoes and gravy, pork and beans, malt liquor and bacon (sadly, no “Cookie Puss”) — kinda made the show watchable. Next week Mike D drops in on the Real Housewives of Beverly Hills and steals all their credit cards!

Austin City Limits, the longtime live music series on PBS, kicked off its 37th season Oct. 1 with electrifying performances by Folk rockers Mumford and Sons and Celtic Punk band Flogging Molly. The longest-running music show on American television is still the best of its kind, but one of the more appealing things about the program was always the intimacy of the performances. So it was a shock to see ACL’s new facelift. Gone are the low-budget graphics in the opening, featuring faces of the legends from ACLs past; in its place is a more stylized opening spotlighting the bigger contemporary artists who’ve played the show the past few years. The program has also moved to a much larger, slicker venue (2,700 capacity), which helps strip away that special Storytellers-like vibe. Artists now treat ACL tapings like full-bore concerts (we blame Coldplay). Still, hopefully the changes will help the show stay on the air many more years. The programming continues to mix ratings-grabbers with lesser-knowns — this year’s ACL has artists like Raphael Saadiq, Fleet Foxes, Black Joe Lewis, The Arcade Fire, The Head and the Heart and, uh, Randy Newman.

Many of the protesters involved in the “Occupy Wall Street” happenings in New York City (and surely thousands of music fans in the area) thought they were going to be treated to a free Radiohead concert in a show of solidarity from the British band. But, it turns out, they were instead on the receiving end of a hoax. Someone purporting to be a Radiohead manager sent an email to the protest’s organizers to see if the band could swing by and do a few songs. Organizers said, “Whatever, come on by,” and announced the concert, which was soon followed by a cyber note to the protestors from Radiohead wishing them well … and denying that they’d be performing at the rally. Wow, “hoaxes” sure are easy to pull off nowadays. But if this was the work of pro-Wall Street capitalist pigs, they could have cleared the streets if they’d just announced Lady Antebellum would be performing.