The Mercantile Library will award journalist Jamal Khashoggi, the late The Washington Post Global Opinions columnist killed by Saudi Arabian agents in Turkey in October 2018, with the Harriet Beecher Stowe Freedom Writer Award on June 25. Accepting the honor on his behalf is his Washington Post editor, Karen Attiah.

“Each year, we try to select someone who exemplifies Harriet Beecher Stowe’s commitment to shining light on oppression in the name of freedom,” says Paul De Marco, a local lawyer and nominating committee member. “Certainly, the prior recipients have done that, and I can’t think of anyone more worthy (than Khashoggi). Our idea always was, because Karen was his editor — we thought it would be fitting for her to accept this award.” 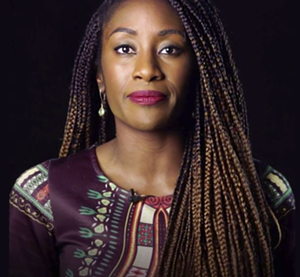 Khashoggi was a Saudi dissident, outspoken against the Saudi royal family and the Saudi government. He worked for Al-Arab News Channel and was picked up by the Post in 2017. His columns criticized and analyzed the Saudi government, the ascendancy of Crown Prince Mohammed bin Salman and his attendant crackdown on citizens who dared to question his actions. In doing so, Khashoggi gave a glimpse into the conflicted world of anyone who wants better for their country — and says so, in print, globally.

Published September 18, 2017, one of Khashoggi’s first columns for the Post speaks about “the Saudi paradox” of balancing extremist viewpoints on both ends of the political spectrum, and the resulting arrests and silencing. It ends with these words:

“It was painful for me several years ago when several friends were arrested. I said nothing. I didn’t want to lose my job or my freedom. I worried about my family.

I have made a different choice now. I have left my home, my family and my job, and I am raising my voice. To do so otherwise would betray those who languish in prison. I can speak when so many cannot. I want you to know that Saudi Arabia has not always been as it is now. We Saudis deserve better.”

Harriet Beecher Stowe, namesake of the award Khashoggi has been presented, believed in speaking when others could not as well.

“Harriet Beecher Stowe herself wrote about slavery and the stories that she heard and partly witnessed because slaves were coming across the (Ohio River) basically to her home,” says De Marco.

“In that spirit, I think there’s a perfect alignment with what Khashoggi did in coming to the United States, finding The Washington Post as a way to blare out his opposition, a way to tell the truth and shine the light. We think it’s the perfect way to continue the legacy of Harriet Beecher Stowe.”

Stowe spoke at the Mercantile in 1873, according to Amy B. Hunter, the library’s literary programs and marketing manager. The library was established in 1835, and the Stowe program in 2003, first as just a lecture; later, a $10,000 award was also introduced. Recent recipients include Michelle Alexander, author of The New Jim Crow, in 2015; Claudia Rankine, author of Citizen, The American Lyric, in 2016; and Colson Whitehead, author of The Underground Railroad, in 2018.

“It brings powerful speakers and it exposes a lot of people in Cincinnati to authors that perhaps maybe they won’t have been exposed to,” Hunter says of the award and lecture.

Coverage of Khashoggi’s murder in the Saudi consulate in Turkey in 2018 was hard to miss. The Post published a blank space where Khashoggi’s regular column appeared in its print edition on Oct. 4, 2018, days after he went missing and news began to circulate that he had been murdered and dismembered after entering the consulate to obtain a marriage license. The journalist’s murder touched off a widespread fervor over freedom of the press and brought the oppression Khashoggi sought to illuminate in his home country to a greater audience.

“I think there’s a critical role that journalists and the free press play in that. It’s not like they have the power of armies behind them, the power of the purse or the power, in my case, to be able to subpoena witnesses and things like that. But they have incredible power just sitting down and knocking out a story,” De Marco says. “And I’ve always had a profound respect for people who choose the written word as their medium for truth-telling and shining a light in the darkness.”