The Waco Tragedy Through a Contemporary Lens

Paramount Network seeks to make a big splash with its first series, a dramatization of what led to the 1993 law-enforcement attack on Branch Davidian cultists 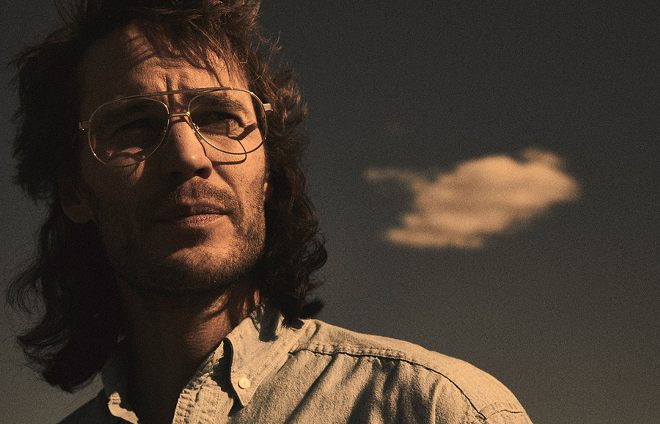 After the onslaught of O.J. Simpson-related programing, the recent trend of dramas reexamining high-profile ’90s crimes and court cases has continued with Law & Order True Crime: The Menendez Murders, FX’s current The Assassination of Gianni Versace: American Crime Story and the upcoming Unsolved: The Murders of Tupac and The Notorious B.I.G., to name a few. Following suit, Waco (10 p.m. Wednesdays, Paramount Network) gives Branch Davidian leader David Koresh and the 1993 law-enforcement attack on the group’s compound the miniseries treatment — to mixed results.

The first original show from the revamped network, Waco wastes no time jumping into the thick of the action. Viewers do not get to see how Koresh fashioned himself into a self-proclaimed prophet or why his dozens of loyal followers were so entranced by him. Instead, we catch a glimpse of trigger-happy law enforcement at the Ruby Ridge siege in Idaho just six months before the events at Waco. Though the two are essentially unrelated, the inclusion of Ruby Ridge provides the context that the feds were seriously cracking down on crimes or suspicious activity involving firearms.

If there is one figure that humanizes law enforcement in this series, it’s FBI negotiator Gary Noesner, a pulled-from-real-life character that helped de-escalate the situation at Ruby Ridge — a siege he found poorly handled and needlessly violent — who is called to work his magic on Koresh. Noesner appears to be one of the few feds intent on a peaceful conclusion.

So what about Koresh and his religious group, the Branch Davidians? It’s a pertinent question for many reasons.

Living on a secluded ranch in rural Texas, the group sold guns to fund their compound. They also boasted a hefty stockpile of weapons, which is what led the federal government to investigate and eventually attack. Coming from all different walks of life, people from all over the country settled at the Mount Carmel Center outside Waco to follow Koresh’s teachings.

All of this is interesting, to be sure, but the most fascinating aspect of this story is Koresh’s rise as a cult leader, the events that led so many people to abandon their lives and possessions to be in his presence was what happened before the siege. That is simply not what this miniseries is about, and in just six installments it would be hard to justly cover. But the show also glosses over Koresh’s manipulation of underage girls (let’s call it what it was: rape) and paints his innocent congregation as blind followers. For instance, Koresh proclaims that all men must be celibate — except him, as he goes on to take these guys’ wives as his own. To gain insight into that rationale would have really elevated the story.

That said, the acting in Waco is something to tune in for, and one look at the cast list explains why. Taylor Kitsch, in all his aviator-lensed, mulleted glory, makes for a gentle and charismatic Koresh. And these qualities are mirrored in Michael Shannon’s portrayal of Noesner — they both have an uncanny ability to read people and know just the right things to say. We meet a conflicted follower (Paul Sparks), an eager new member (Rory Culkin) and a young devotee in way over her head (Julia Garner). On the other side, we have an undercover cop who befriends Koresh (John Leguizamo) and a hawk to Noesner’s dove in the FBI (Shea Whigham). In less qualified hands, this would be a totally different show. If anything, these performers, particularly the supporting cast, are underutilized.

Both Ruby Ridge and Waco were cited by Timothy McVeigh as reasoning behind the Oklahoma City bombing, which marked the two-year anniversary of the Mount Carmel blaze. In fact, these incidents have played a part in fueling the alt-right/white nationalist movement of today, so it actually makes a lot of sense to reconsider these events with a contemporary eye.

Waco won’t provide answers for what happened over 51 days outside Waco, Texas. There are many conflicting accounts explaining who shot first, how the compound was set ablaze and whether these religious outsiders committed mass suicide or if it was simply a mercy killing. But it does show that no matter how much it might feel like a long-ago news story, its fallout still lingers today.