Rob Bilott waged war against one of world’s largest chemical companies — and won. 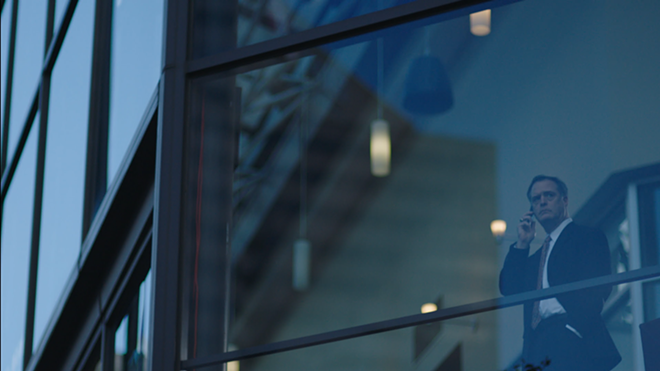 Atlas Films
Rob Bilott in "The Devil We Know."

The farmer, Wilbur Tennant, told him chemical company DuPont had purchased land adjacent to his property to use as a non-hazardous landfill for its local factory, but something wasn’t right: the stream the cows drank from had white foam on its surface, and hundreds of cattle were either sick or dying. It wasn’t the kind of case Bilott, a Cincinnati-based corporate attorney, usually handled.

Lawyers and reporters in Parkersburg, a town dominated by DuPont, didn’t take Tennant seriously. But in the phone conversation, Tennant mentioned Bilott’s grandmother, who lived in a nearby West Virginia town. Bilott agreed to meet.

“He brought his videotapes and photographs to Cincinnati,” Bilott says. “We took a look and we realized something really bad was happening.”

What first appeared as a simple case in 1998 became one of the most significant class-action lawsuits in the history of environmental law. In a legal fight that lasted nearly 20 years, Bilott represented 70,000 citizens whose drinking water had been contaminated with perfluorooctanoic acid, or PFOA, also called C8.

This battle is the crux of Stephanie Soechtig’s latest film, The Devil We Know, which sheds a spotlight on a DuPont chemical so ubiquitous an estimated 99 percent of Americans have it in their blood. A component of Teflon, C8 and its counterpart PFAS (perfluorooctanesulfonic acid) were used to make waterproof clothing, stain-resistant rugs, microwave popcorn bags and even dental floss.

Award-winning documentarian Soechtig is no stranger to controversy: her film Fed Up examined links between processed food and obesity, and her directorial debut Tapped explored the bottled water industry and the effect of BPA (Bisphenol A) on human health. “That was the first time I learned that we really rely on chemical-makers to tell us whether or not a product is safe,” she says.

“There are 80,000-plus chemicals out there in our everyday products that we know very little about,” Soechtig says. “When I started reading about what was going on in Parkersburg, I saw this David-versus-Goliath story of a farmer and local people taking on one of the largest chemical corporations in the world.”

In The Devil We Know, Soechtig lets the people involved in the case — Bilott and the residents of Parkersburg — tell the story, weaving their narrative through legal depositions, news reports and C8 science. The rough video footage that Tennant shot is in the movie, as well as interviews with local people whose lives have been affected by DuPont for generations.

“Chemical contamination is a tricky topic to make appealing to a mass audience,” Soechtig says. “I was really excited to have that challenge. Historically, my films have been informational with character stories in them. But this film is really a character-driven story that also has information. The characters are so strong, and this is a universal story — and again, this is just one chemical. There are thousands we need to be aware of.”

When Bilott took Tennant’s case, few people knew what C8 was. When he found it listed in DuPont’s landfill documents, Bilott researched the chemical in environmental libraries but found nothing. He went straight to the source — through the legal discovery process, he asked DuPont for information about the chemical.

After pushback from the company, Bilott began to receive internal records that showed the company had been documenting the chemical’s health effects since the 1950s. Not only was C8 in the West Virginia landfill, it was also being released into the air from manufacturing smokestacks and had been pumped into the Ohio River.

It was in those documents that Soechtig found the name for her film: “DuPont knew about the perils of C8,” she says. “They knew there were problems and suggested in one memo that they find a replacement. But they concluded any chemical was going to have problems, and C8 was ‘the devil we know.’ ”

In March 2001, Bilott sent a 972-page letter to the United States Environmental Protection Agency that detailed the situation, which triggered them to start investigating C8. By then, the chemical had already been in use and had been emitted into the environment for 50 years.

“There was pressure on the EPA to come out with a drinking water guideline, which it did in 2016. And when that guideline came out, it spurred even more testing across the country, including by the Department of Defense,” Bilott says. “Many sites, including military bases and airports, are contaminated.”

When his story was featured in The New York Times in January 2016, it sparked a response not just across the country, but also throughout the world. C8 is now “a huge problem in Australia,” Bilott says. “It’s in New Zealand, in Italy, in Germany. It’s become an international issue.”

How C8 first entered the bloodstream of millions of Americans is unknown. The chemical can make its way into clouds through smokestack emissions, but it’s likely the exposure also came from fast-food wrappers, pizza boxes, fabric treated to repel stains or water, nonstick cookware and other everyday products.

Since Bilott’s first meeting with Tennant, C8 has been linked to six diseases, including kidney cancer, testicular cancer, ulcerative colitis, thyroid disease, preeclampsia and high cholesterol. This year, DuPont settled over 3,550 C8 cases for nearly $671 million, but continued to deny any wrongdoing.

But even a legal settlement of that size doesn’t offer reassurance, as Soechtig points out in her film: DuPont, and other companies, can change the chemical formula slightly and continue producing it. A corporate spinoff of DuPont called Chemours has done just that, with a chemical known as GenX.

Internationally, Bilott has been recognized for his fight. He received the 2017 Right Livelihood Award in Sweden for exposing a decades-long history of chemical pollution and setting a precedent for the effective regulation of hazardous substances.

The Devil We Know is available on iTunes Oct. 16. More info: thedevilweknow.com.