Music: Patrick Sweany with the Kickaways 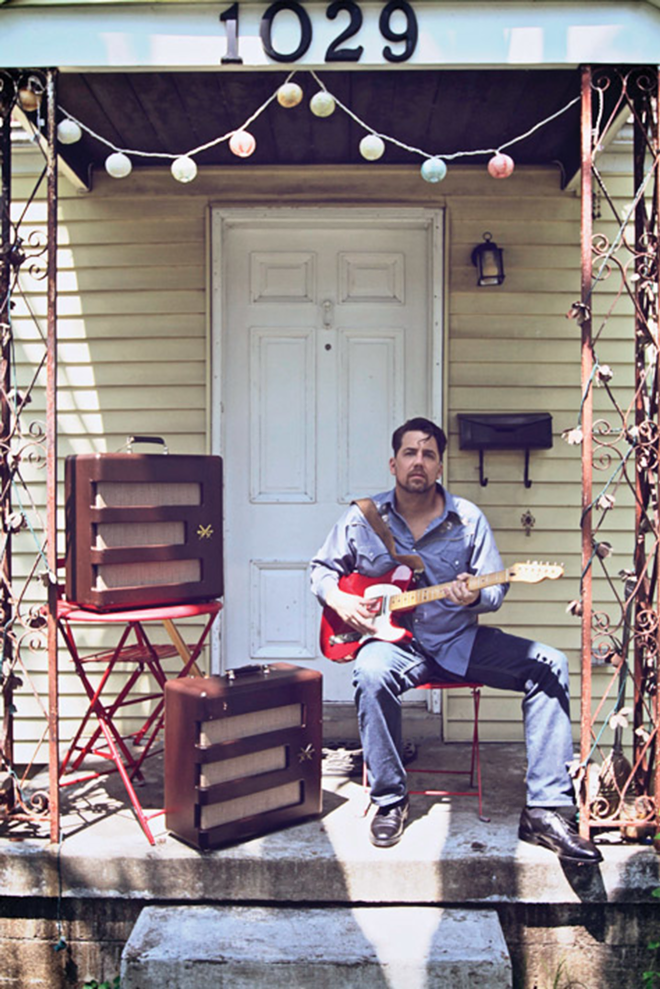 Northern Ohio singer/guitarist Patrick Sweany’s profile has risen considerably since he first started making stops in Greater Cincinnati nearly a decade ago, usually playing small acoustic shows in the area. While attention from the U.K. (courtesy of some high praise in the music press) and the U.S. (outside of his initial Midwest touring radius) has presented Sweany greater opportunities, he hasn’t changed his dynamic musical approach much. He’s still taking his curiosity for and intuitive grasp of Blues and other forms of Roots music (gleaned early on from his dad’s record collection during his upbringing) and putting his own compelling spin on it, but he’s doing so on a wider canvas and with ever-sharpening skills. Impressive as Sweany is on his own performing solo acoustic, the versatile singer/songwriter spread his wings with the “electric” full-band-sound on That Old Southern Drag, which came out in early 2011 on Nine Mile Records to great reviews. Sweany performs a free, 10 p.m. show Saturday Nov. 24 at MOTR Pub (1345 Main St., Over-the-Rhine), his first return visit to the club since he had to cancel a show at the last minute earlier this year. Cincy rockers The Kickaways open. motrpub.com.