Northside not only hosts the city’s most unique Fourth of July parade; the neighborhood also has the most one-of-a-kind festival to celebrate America’s independence in the region. 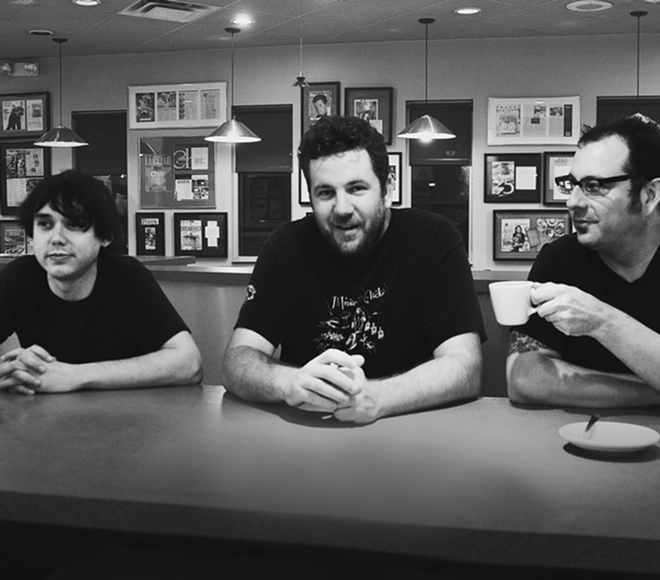 Northside not only hosts the city’s most unique Fourth of July parade (coming up Saturday at noon; visit northsidejuly4.com for details); the neighborhood also has the most one-of-a-kind festival to celebrate America’s independence in the region.

The Northside Rock N’ Roll Carnival was first put on in 2006, and it has since grown into a three-day event featuring various vendors, a plethora of craft beer offerings, “sideshow attractions” (like burlesque performances, sword-swallowers, fire-breathers and more) and tons of great, original live music, much of it homegrown.

While most of the music featured is local (including Bluegrass, Country, Americana and lots of Indie Rock), this year’s event continues the trend of featuring more touring, national acts. Here is the three-day lineup:

School of Rock
9 p.m. Jeremy Pinnell and the


6 p.m. Daniel Wayne and the Silver

For complete info and the latest updates, visit northsiderocks.com.

More Fests for the Fourth

• This weekend, the surviving members of Rock legend The Grateful Dead (with a little help from Phish’s Trey Anastasio) will perform their final shows together and celebrate the band’s 50th anniversary with a trio of concerts at Chicago’s Soldier Field.

The audio and video from the concerts will be released this fall, but this weekend’s shows will also be available for fans worldwide to view via pay-per-view on cable and satellite, in various movie theaters and live Web-streaming. Saturday, Washington Park (1230 Elm St., Over-the-Rhine, washingtonpark.org) will simulcast the Dead’s Fourth of July show as part of an all-day festival called 4th of July Jam, featuring live music and a fireworks display.

The music kicks off with funky local crew The Almighty Get Down at 3 p.m. Cincinnati’s The Infinity Project (which mixes Rock, Blues and Hip Hop) performs at 4:30 p.m., followed by a rare appearance by Cincy favorites Rays Music Exchange at 6 p.m. The Dead’s Chicago concert stream begins at 8 p.m., with a break at 9:15 p.m. for fireworks (the simulcast resumes afterward).

The event is being dubbed “family-friendly,” with games, face-painting and other activities for kids, and there will also be food and drink available on the park grounds.

• If you’re a Bluegrass fan and looking for something a little more low-key for your Fourth of July celebrating, head north Saturday to Plain Folk Café (10177 State Route 132, Pleasant Plain, Ohio, plainfolkcafe.com).

From noon-11 p.m., the venue will be hosting its free Plain Folk Fourth Fest in its outdoor area, showcasing various Bluegrass acts from the region, as well as several arts and craft vendors.