Twelve reasons to get to MPMF early

The 2016 MidPoint Music Festival has higher-profile headliners, but also some can’t-miss earlier performers 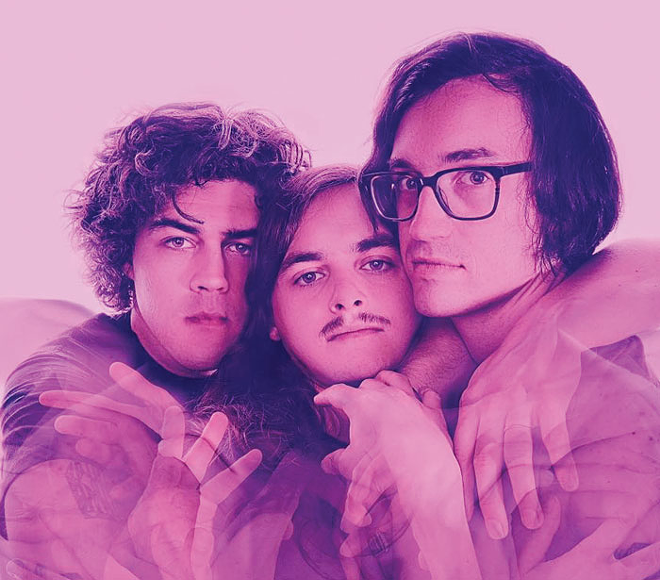 Photo: Provided
Joesph
The thrill of discovery has always been a hallmark of the MidPoint Music Festival. From its earliest days when it featured all unsigned acts through its more recent multi-venue years, the excitement of exploring and the promise of potentially stumbling upon your new favorite band has made MidPoint one of Cincinnati’s most unique festival experiences.

With this year’s new setup (four within-walking-distance outdoor stages along Sycamore Avenue in Over-the-Rhine), MidPoint has fewer performers than in the past few years. But that doesn’t mean organizers have front-loaded it with “sure-thing” draws. With earlier start times all three days (as opposed to the mostly nocturnal nature of previous MPMFs), the event features some high-quality if lesser-known acts that will perform earlier sets. Which means you’re required to start early all three days if you want to experience the essence of MPMF. Music starts at 3 p.m. Friday and 1 p.m. on Saturday and Sunday.

Below are a dozen reasons to get to MidPoint 2016 early. These previews were featured in CityBeat’s official guide, which will be available on the festival grounds and includes previews of every MPMF performer (plus stage maps and plenty more info). You can be assured that every Cincinnati-based band playing is worth your time (a few are highlighted below), and many of those artists are performing earlier as well, so that’s at least a dozen more reasons not to sleep in this weekend.

No, you didn’t read it wrong — Joesph is spelled “Joesph.” That one letter out of place is a good thematic device for this Cincinnati trio, whose latest release, There Comes the Lord, consistently tricks you into thinking you’re heading to one sonic destination when instead you find yourself, pretty happily, taken to another. Multi-instrumentalist of Pomegranates fame Joey Cook is the brainchild behind this blissed-out, delicately powerful album, piling on layers of synth, emphatic piano and dreamily reverbed vocals that point to ’60s Pop but take on a thoughtful, contemporary Shoegaze sheen, especially when coupled with guttural guitar licks and propulsive percussion. Cook brought on local music pals Pierce Geary and Devyn Glista to perform live. (Leyla Shokoohe)

The shimmering, atmospheric Indie Pop of HOOPS has its roots in founder Drew Auscherman’s ambient solo recordings. He then spent the summer of 2014 finding the right musicians to bring the songs to life. With HOOPS solidified as a quartet, the band began playing locally, then added regional tour dates, which, along with three self-released tapes, helped draw glowing attention from an increasing number of music press outlets (from My Old Kentucky Blog to NME). The group ultimately hooked up with Fat Possum Records, which released a dazzling self-titled EP in late August. Like a Shoegaze band forced to turn off their distortion pedals, HOOPS makes blissfully trippy songs that are warm, breezy and often transcendent. (Mike Breen)

With unbridled Post Punk energy impressively layered in various shades of harmonious guitar noise, SMUT has emerged in the Cincinnati underground music scene in just the past couple of years. The band’s five-song debut release, 2014’s Purse, lived up to the quintet’s description of its sound as Noise Pop, with snarling, fuzzed-out brashness and a lo-fi buzz driving the proceedings. But with this year’s four-song sam-soon release (both are available on the group’s Bandcamp page), SMUT showcased a sharper, more in-focus approach, lifting the chaotic fog slightly and allowing those scruffy guitarscapes and singer Tay Roebuck’s engaging vocal swagger to be all the more impactful. (MB)

Australian singer/songwriter Julia Jacklin asked her mother for singing lessons when she was 10 years old because she felt her accomplishments paled in comparison to Britney Spears. Since then, Jacklin has gone from learning her craft in a band to absorbing the work of women she admired to allowing her own voice to emerge from her wide-ranging influences. Jacklin’s been releasing songs in fits and starts over the past couple of years, but her incendiary appearance at this year’s SXSW got her noticed in a big way, as evidenced by the imminent release of her debut full-length album, Don’t Let the Kids Win. It’s like Angel Olsen and Fiona Apple channeling ’60s/’70s Folk singers, then learning the Dave Dobbyn songbook. (Brian Baker)

Self-described “Garage Jazz” trio Animal Mother is a welcome snap of exciting energy on the Cincinnati Jazz scene (and for MPMF as well). Tenor saxophonist Josh Kline’s rich tone is the perfect complement to the adventurous lines he explores, utilizing drummer Matt McAllister’s keen precision and robust sound and bassist Jon Massey’s rhythmic foundation to navigate the group into uncharted territory. Listen closely and you’ll hear notes of Punk and Rock influence, along with homages to legendary Jazz greats. Last year’s The Youth Will Rule is worth multiple listens, and its songs are even better live — “Paraklete” is particularly a gem. (LS)

Deeply steered by the SST/Touch & Go/Dischord Hardcore scenes of the ’80s and ’90s, Knife the Symphony assembled a decade ago with the sole intent of moving forward and making a momentously visceral noise along the way. Mission accomplished. Knife the Symphony has been sporadically consistent over its 10-year history, gigging often and compiling an impressive catalog of scathing sheets of cacophonous splendor. The band’s last full-length, 2009’s heart-stopping yet nuanced Dead Tongues, has been followed by an album’s worth of splits with other acts, and Knife the Symphony continues to rage against the dying of the light, playing with a ferocity that could tear knee-sized holes in the universe’s well-worn jeans. (BB)

Living far from the hubs of whatever art you trade in can be frustrating from a career standpoint. But it can also do wonders for creativity. You can hear that in the gratifyingly imaginative sound of Nashville’s Mike Floss, a guiding light in the Country music capital’s strong but unheralded Hip Hop scene who has the style, skills and freshness to bring deserved attention to his city. If Floss’ elastic, dizzyingly musical sound on singles like “Kerosene” and the Don’t Blame the Youth mixtape continue to get the right exposure, there’s little doubt Floss and his inimitable work will make the jump to the next level with ease. With praise from Hip Hop blogs and appearances at the Bonnaroo and Made In America fests, Floss seems well on his way. (MB)

There is an almost breezy Jazz quality to Lucy Dacus’ tremulous voice and elongated phrasing, but the truly startling aspect of her presentation is her incisive, insightful and brutally honest lyrics, made more impressive in light of the fact that Dacus has just recently reached the age where she can drink in the clubs she plays. Her debut album, the recently released No Burden, explores the full spectrum of emotional experience with a breathtaking maturity and the kind of wisdom that typically comes after too many traumas and a lot of hard-fought healing. Dacus was recently name-checked by Democratic veep candidate Tim Kaine as a recent musical favorite. (BB)

Over the past six years, the evolution of Us, Today as a force in the Cincinnati music scene has been breathtaking. Its first two self-recorded albums, 2011’s RH Sessions and 2012’s Beneath the Floorboards, hinted at the band’s potential, but with 2015’s TENENEMIES, the trio — vibraphonist Kristin Agee, guitarist Joel Griggs and drummer Jeff Mellott — eschewed its improv roots and carefully composed and arranged the songs, allowing the members’ Jazz and Classical training to meld their wide-ranging musical influences into a cohesive and thrilling unit. If you’re wondering how that went, the press has been loving TENENEMIES and the band won this year’s Indie/Alternative award at the Cincinnati Entertainment Awards. So, pretty well. (BB)

Tyler Broderick writes the kind of timeless Pop hooks that can only come from a life immersed in the study (and deep understanding) of classic, legendary Pop Rock composers. With dashes of Psychedelia, splashes of warm textures and loads of upbeat charisma, the music of Broderick’s band Diners is instantly likeable and memorable. This month, Broderick and his rotating cast of co-conspirators release Three, the first Diners record to come out on the Asian Man label. This ain’t your everyday lo-fi bedroom Indie Pop — Diners’ songs are lush and deceptively intricate, while still letting the power of a great melody shine through like a beam of sunshine on every song. (MB)

Parsonsfield exudes the gentility of atmospheric Folk filtered through the visceral power of Rock, but it wasn’t always so. The quintet began as a contemporarily tinted string band with typical Bluegrass/Folk influences under the name Poor Old Shine, but the group recorded a pair of albums with producer Sam Kassirer at his Parsonsfield, Maine studio and wound up retooling its sound with Kassirer’s assistant engineer as the band’s new drummer. After learning its name held an unpleasant racial connotation, the group rechristened itself after the geographic location of its rebirth. Parsonsfield’s musical expansion continues at a big-bang pace on its just-released Blooming Through the Black. (BB)