The novel, about the lives of Korean families in Japan, was a National Book Award finalist 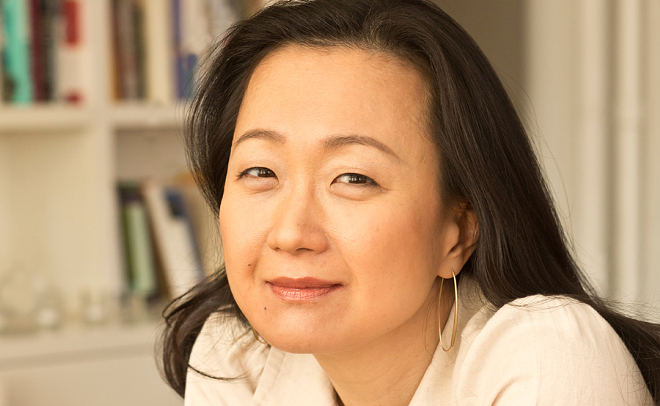 When Min Jin Lee was a college student, she heard a talk by an American missionary who worked with Korean people in Japan. It left a deep impression.

“He told the story of a 13-year-old Korean-Japanese boy who climbed to the top of his apartment building, jumped off and died,” she says. “His parents were shocked. They went through his personal things and found his middle-school yearbook. His Japanese classmates had written, ‘Go back to where you belong. You smell like kimchi. Die. Die. Die.’ ”

That lecture eventually led to her novel Pachinko, a book that spans nearly 100 years in the life of a Korean family. It was one of four best-fiction finalists in 2017’s National Book Awards. On Tuesday (March 6) , Lee will read from and discuss Pachinko at the Mercantile Library. It’s free and open to the public.

“History is a subject that I care about intensely,” Lee says. “And one of the things that I’m always coming up against is how much history we don’t have of people who don’t leave records. And that means most of us.”

“Even if you love history, you realize how limited the lenses are and just how few pages are given to people who are poor, illiterate and disenfranchised,” she continues. “And yet, most of history really is about all of us.”

The fictional family at the center of Pachinko grapples with the difficulties many transplanted people face: ethnic bias rooted in centuries of conflict, a desire to assimilate, fear of rejection and economic hardship.

For Koreans in Japan, one route to economic betterment was pachinko.

“Pachinko is a $203 billion dollar industry and a cornerstone of the Japanese economy,” Lee says. “It’s a vertical pinball game that’s gambling for adults; it’s not for children. Pachinko parlors are on every street corner and every train station.”

One of 11 Japanese people plays pachinko regularly, she notes, and $203 billion is twice the revenue of the Japanese export auto industry.

“Pachinko is seen as something that is very low class,” Lee adds. While the gambling that accompanies pachinko is illegal, the game itself is not.

Unlike the 13-year-old boy she heard about in college, Lee didn’t experience ethnic cruelty growing up. Born in Seoul, she came to the United States when she was 7-years-old, landing in Queens, N.Y.

“My father was 40 when he came to America,” she says. “He is a war refugee from North Korea. He came here because he believed there would be another war and he didn’t want to lose his family again.”

Her parents started out operating a news kiosk in Manhattan and eventually entered the wholesale costume-jewelry business. When she heard the story of the Korean boy, it stunned her. “My teachers and librarians showed me great kindness and enormous compassion when I was younger,” Lee says. “We lived in a poor neighborhood and didn’t have any money. I got to Yale because so many teachers pushed me along.”

After her first draft, Lee almost abandoned Pachinko. That version was set in 1980s Tokyo, but when she returned to the manuscript, she realized that she had to go back much further to show what it meant to be a Korean person in Japan.

In 1910, Japan formally annexed Korea, making every citizen a subject of the Japanese emperor until 1945. Thousands of Koreans immigrated to Japan in that period, many of them farmers with no claim to the land they once owned.

The Korean-Japanese population still dominates the pachinko industry today. “A lot of Japanese don’t like to admit that they work there,” Lee says. “They see it as something dirty that Koreans do.”

To Lee, pachinko is a metaphor for the lives of Koreans in Japan.

“Pachinko tilts toward the house, like every gambling situation,” she says. “I felt Koreans in Japan were doing something really interesting and difficult with their lives, which was to continue to persist in the face of great adversity.

“They were playing a rigged game. They were not unaware of the capriciousness of fate, yet they were continuing.”