More performers have announced that they'll be stopping by the Queen City. 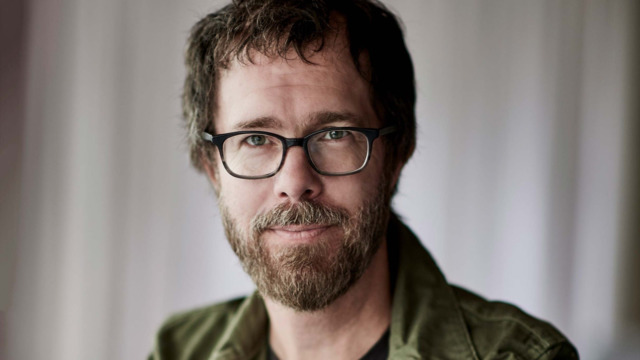 As we make our way into the warm months, more artists are releasing dates for their summer tours, with plenty of top-name performers scheduling stops in the region. Below, read about John Legend, Modest Mouse and others who are slated to make an appearance in Greater Cincinnati soon.

The Beach Boys, July 18, Rose Music Center at The Heights

Despite Brian Wilson, Al Jardine and David Marks not being present, The Beach Boys continue to spread the California lifestyle with the group’s “2021 Feel Flows World Tour.” Led by Mike Love, the band is celebrating more than a half-century of music. Tickets will go on sale at 11 a.m. May 28 on ticketmaster.com and rosemusiccenter.com.

Jason Mraz and his 13-piece Reggae band will make a stop in Cincinnati during the “Look For The Good Live! Summer 2021 Tour.” The show will include a different take on Mraz’s classics in addition to songs from his newest album. Tickets will go on sale at 10 a.m. May 27 at ticketmaster.com and ICONmusiccenter.com. Read CityBeat’s story about Jason Mraz.

Buddy Guy, the eight-time Grammy Award-winning Blues guitarist, is touring alongside his new solo album, The Blues Is Alive and Well. The Grammy-nominated Robert Randolph & The Family Band will display their Funk and Soul roots while opening for Guy. Tickets will be available at 11 a.m. May 28 on ticketmaster.com and rosemusiccenter.com.

The Country band consisting of Hillary Scott, Charles Kelley and Dave Haywood announced the “What a Song Can Do Tour” last week, which will feature a stop at Newport’s OVATION. The tour includes openers Carly Pearce, Niko Moon and Tenille Arts on different dates. Tickets will go on sale on May 28 at axs.com.

Contemporary R&B icon John Legend has rescheduled his 2020 “Bigger Than Love” tour and will feature a stop at the Rose Music Center. Legend will highlight his single “Conversations in the Dark” that reached No. 1 on the iTunes overall songs chart. The War and Treaty music duo will open for Legend. Tickets are available now at ticketmaster.com. Tickets from the originally scheduled show will be honored.

The R&B group Tower of Power will perform alongside the six-piece band Lettuce to create the ultimate Funk experience. The two bands, who have performed for a combined 70 years, will share their Oakland, California music culture with Cincinnati on September 22. Tickets will go on sale at noon May 28 at ticketmaster.com.

The Mavericks, a Grammy Award-winning Americana band, will stop in the Queen City as a part of the band’s “En Espanol World Tour” in support of new album En Espanol, which debuted at No. 1 on the Billboard Latin Pop Albums chart. Tickets will be available at 10 a.m. May 28 at ticketmaster.com and the Taft Theatre Box Office.

Modest Mouse will take the stage at the brand new ICON Music Center to promote ts upcoming album The Golden Casket, which will be released on June 25. The band will headline a show that will also include Future Islands. Tickets are available now at ticketmaster.com. Read CityBeat’s story about Modest Mouse.

Nathaniel Rateliff has announced an extensive nationwide tour to support the upcoming live album Red Rocks 2020. The Rock group known for its vintage sound in Rhythm and Blues will stop in Cincinnati on October 12, with tickets going on sale at 10 a.m. May 27 on ticketmaster.com.

Americana trio The Lone Bellow is hitting the road in support of 2020 album Half Moon Light, which debuted at No. 1 on Billboard's Americana/Folk Album chart. Tickets are on sale now at ticketmaster.com and at the Taft Theatre box office.

Ben Folds, the Alternative Pop artist best known for his skills as a pianist, will take the stage live for the first time in more than a year. The “In Actual Person Live For Real Tour” will feature Folds' solo piano songs along with orchestral performances. The tour will support his latest release that reached No. 1 on the Billboard Classical and Classical Crossover charts. Tickets are for sale now on ticketmaster.com as well as the Taft Theatre Box Office.