One study estimated that the mergers of Dow with DuPont, and Bayer with Monsanto, would mean an initial jump of more than $1,000 in corn-seed costs for the average U.S. farmer. 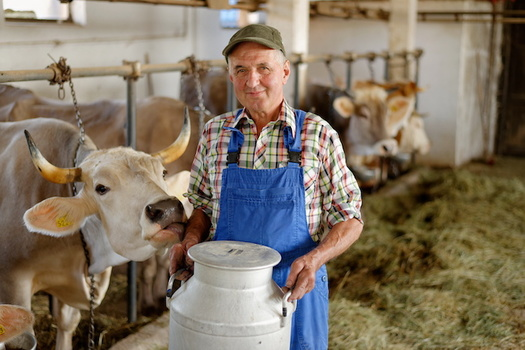 Decades of unchecked mergers in the agricultural industry have left many farmers struggling, and rural advocacy groups says a proposal in Congress aims to change that.

The "Competition and Antitrust Law Enforcement Reform Act" would give agencies like the Federal Trade Commission more funding and resources to put a stop to unfair consolidation, and strengthen the rules against monopolies.

Tyler Whitley - Manager of the Challenging Corporate Power program for Rural Advancement Foundation International USA - said current antitrust law has left many farmers at the whim of a handful of major corporations.

He said there's not a lot of room for them to select a different supplier or manufacturer to get the best deal.

One 2016 study estimated that the mergers of Dow with DuPont, and Bayer with Monsanto, would mean an initial jump of more than $1,000 in corn-seed costs for the average U.S. farmer, in the first year alone. But opponents of stricter antitrust laws say allowing free-market competition benefits consumers.

Whitley pointed out big-ag mergers trickle down to most Americans at the grocery store.

"The number of manufacturers has gotten smaller and smaller, especially as some of these companies buy up other ones," said Whitley. "You know, if you're walking down the aisle of your grocery store, and you're looking at frozen poultry, for example, you look down the aisle and you see 20 some-odd brands, but what you probably don't realize is that, of those 20 brands, they're probably owned by four individual companies."

Whitley said he believes the bill is the foundation needed to help growers get the best prices for their products, and continue to innovate in the face of the climate crisis and other challenges.

"This bill will go a long way toward policing some of these mergers that have led to so few options for either buying products or selling products," said Whitley, "especially in rural economies."

The same bill would have implications beyond the ag industry, including for tech monopolies like Facebook, which is currently being sued by the Federal Trade Commission and several states for what they claim are antitrust practices.