You won't have to travel far to get a taste of Ohio's best burger. 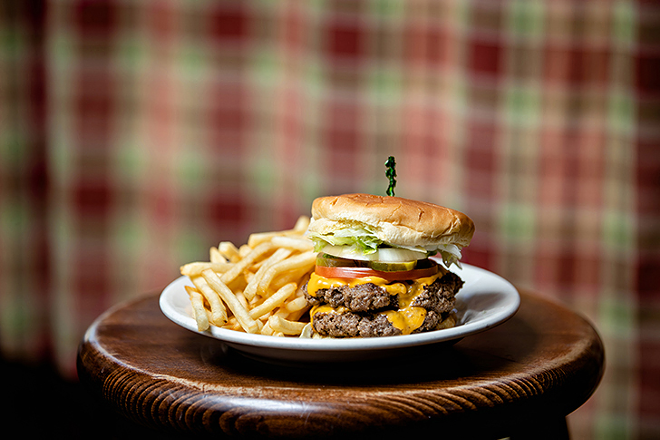 Summertime evokes a certain collection of senses: the feel of a warm summer breeze, the sound of kids playing outside and the mouthwatering waft of burgers on the grill.

But when you aren't in the mood to fire up the barbecue, there are a wide variety of restaurants who have you covered (case in point, our July Burger Issue). And a recent online round-up from Food & Wine Magazine took some time to evaluate the very best burgers in each state.

Lucky for us, we don't have to travel far.

"The competition would be fierce, but if one were to build a list of the best states for burger lovers and rank it in order, Ohio would have to be awfully close to the top. From Troy to Toledo, Akron to Zanesville, the Buckeye State works overtime to keep its considerable burger heritage alive, sustaining classic drive-ins, slider joints, dive bars, civilized taverns, and the various fast-food chains that were invented here. There is only one Zip's Cafe in Cincinnati, however; for almost a century, this neighborhood treasure has been doing the simplest thing, with the best ingredients, beginning with fresh chuck from local butcher Avril Bleh. Burgers here are a generous third of a pound each, cooked up on the flat top, served simply on a local bun with the classic accompaniments. Just like at a great steakhouse, this one's all about the meat, though you might order a cup of chili on the side—you're in Cincy, after all."

This is really no surprise to locals — the restaurant has been a Greater Cincinnati favorite for decades, and has landed itself on CityBeat's Best of Cincinnati list for best overall burgers a multitude of times.

And while we love a local classic, the article spoke highly of another Ohio-based burger chain that will soon be making its way to the Queen City: Swensons Drive In.

Established in 1934, Swensons largely operates on an old-timey drive-in model, in which patrons park near the restaurant and a server takes orders at their car window. The regional chain kicked off construction on July 20 at 491 Ohio Pike in Cherry Grove, about 15 miles east of downtown.

See the full list of the nation's best burgers.