The fate of the shows rests in the hands of the Miami Township Board of Zoning Appeals. 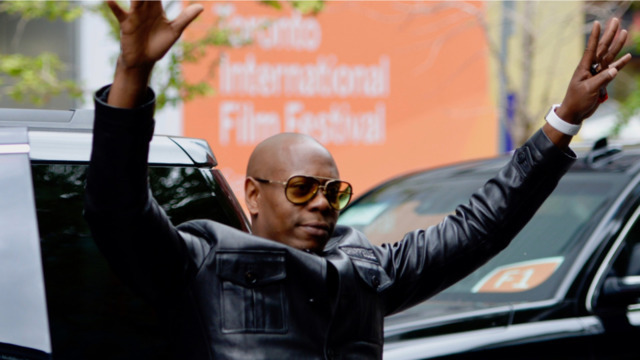 Update: On Thursday, Sept. 23, the Board of Zoning Appeals voted three to two in favor of allowing the shows to go on, as reported by the Dayton Daily News.

Comedian Dave Chappelle is seeking zoning approval to host four more shows at the Wirrig Pavilion just outside of the Village of Yellow Springs.

The Miami Township Board of Zoning Appeals is holding a public meeting Sept. 23 to consider an application from Steve Wirrig to allow the shows at the family’s pavilion, Zoning Inspector Richard Zopf told CityBeat. Zopf says the issue is that the Wirrig Pavilion is zoned for agricultural, not for commercial use.

Wirrig is seeking approval for shows to be hosted between Sept. 30 and Oct. 31, according to YSnews.com.

In 2020, Chappelle hosted a series of socially distanced stand-up comedy and music shows at the pavilion. The celebrity-packed performances were a huge hit throughout the summer into early fall, before Chappelle canceled the remaining shows due to COVID-19. According to Zopf, Chappelle was given a temporary exception to hold the public events, overriding restrictions were in effect during the pandemic.

In a 2020 appearance on Saturday Night Live, Chappelle lamented navigating complaints from his neighbors during his shows at the Wirrig. Zopf says some residents in the area feel they were negatively affected by the shows.

Last year, Zopf says over 200 people got involved in the online Board of Zoning Appeals meeting to initially instate the zoning exception.

This isn’t the first time the comedian has been making noise in the small idyllic town. According to a Facebook post from the Village of Yellow Springs, the future Chappelle restaurant “Firehouse Eatery,” and attached comedy club, “Live from YS,” were recently approved by the village’s Planning Commission. Yellow Springs Development Corporation agreed to sell the building to Chapelle’s Iron Table Holdings LLC in December of 2020.

The public hearing for the Wirrig events will take place at 7 p.m. Sept. 23. Anyone who wants to be heard in encouraged to provide written testimony ahead of time, mailed to Zopf at the Miami Township Trustees office, 101 E. Herman St., or emailed to rbzo[email protected]