After the recent GameStop stock frenzy story left millions of Americans confused, financial literacy is clearly a hot topic in 2021.

But even before the WallStreetBets vs. Robinhood face-off, three African American activists were working to create a free financial literacy program for local high school students.

University of Bristol scholar and founder of Kids Who Bank Jatali Bellanton recently teamed up with FC Cincinnati’s Saad Abdul-Salaam and New York-based financial advisor Jordan Awoye to develop a program in partnership with Cincinnati Public Schools to teach valuable financial information to an audience that typically does not receive it. 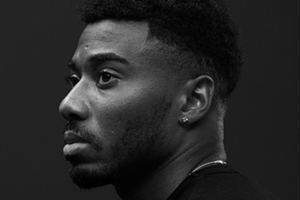 Kids Who Bank is an organization that encourages kids to learn how to manage and create revenue to ensure future financial success. The first-ever Kids Who Bank financial literacy curriculum took place in January of 2017, according to the organization’s website.

The program launched locally on Feb. 1 at Western Hills High School and consists of 11 sessions, each running for 45 minutes. The program began with a group of 25 to 50 students and plans to expand throughout the school district in time.

“Our goal is to create a healthy shift in the relationship people have with wealth and we realised that there is a not better phase in life to start than with our youth,” Bellanton says in a press release.

According to Bellanton, the development process from pitching the idea to school officials to solidifying the program’s first roster of students happened in less than six months.

“Black Players for Change teamed up with two finance professionals to not only pitch to the school systems but to ensure that they were flexible in engaging the youth with people who were not only successful but want to see them win,” she says.

Saad Abdul-Salaam is a member of Black Players for Change, an organization of more than 170 MLS players, administrators and coaches working to address racial inequality and injustice in the game of soccer and society at large.

Abdul-Salaam is focused on bringing financial literacy resources and awareness to communities of color, who are historically underserved.

According to a Black Players for Change press release, Western Hills High School was intentionally selected for Kids Who Bank because it is one of the city’s most underserved communities and is not far from the site of FC Cincinnati’s new stadium. Abdul-Saleem wants to help the community that will house his home stadium, which plans to open this year.

“Having Jordan as my financial advisor and good friend has shown me the value of financial knowledge,” Abdul-Salaam says in the press release. “Learning to save, invest, gain assets and create generational wealth has changed my life.”

“I’m excited for the kids at West High to go through the program because I wish I had been able to take advantage of a program like this when I was their age,” Abdul-Salaam continues. “This program is going to give them the life skills to be successful no matter which career path they

The Girls to Women Leadership Collaborative, a project of Cincinnati Public School’s Women’s Leadership Afterschool Program, is administering the Kids Who Bank program.

“This partnership is directly in alignment with what we, at CPS, want our students to leave with skills that prepare them for life,” says Ashley Felts, district lead coordinator for the Girls to Women Leadership Collaborative. “We want our students to be more than financially literate, we seek to provide experiences that empower students by preparing them today for tomorrow.”

The first session took place virtually on Feb. 1, and was mainly an overview of what’s to come.

“It went very well, the guest speakers that were involved were engaging and they provided content that was really relevant and that students can connect to and understand,” Felts explains.

“We're just going to continue to recruit and see if we can engage as many students as possible to connect them with such a valuable opportunity.”

For more information about the program, visit kidswhobank.com.