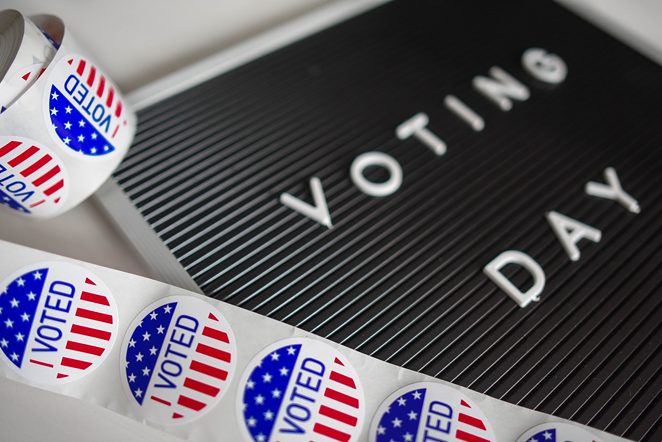 More than 100 people in Ohio are accused of illegally registering to vote and casting ballots during the 2020 election cycle, Secretary of State Frank LaRose announced Monday.

LaRose acknowledged some of these cases involve “honest mistakes” and reflect only a small portion of the millions of ballots cast here in 2020. Though he touted Ohio’s election system as secure, the secretary called for improvements he said would prevent these illegal ballots from being cast in the future.

LaRose’s office is referring the cases to the state attorney general, the first step in what could lead to felony prosecutions.

Those accused are legal residents, but non-United States citizens.

In total, LaRose is referring 104 cases of people being illegally registered to vote and an additional 13 cases of people actually casting illegal ballots. There are more referrals yet to come, the secretary said.

But even one illegal vote is too many, LaRose said, especially for Ohio communities that see elections come down to razor-thin margins.

“Voter fraud is rare in Ohio,” he said. “One of the reasons it’s rare is because we’ve got good laws on the books and we faithfully carry out those laws.”

Many of the cases stem from voter registration at government offices such as Bureau of Motor Vehicles locations.

“I can’t tell you what the actual intent was,” LaRose said. “I can tell you that in some cases what we find is that an honest mistake occurred.”

BMV workers often hand out registration forms to all customers as a matter of course, leading some to fill it out despite being ineligible.

Applicants are asked if they are a U.S. citizen. Some check “yes” by accident. Others are truthful and check “no” but still are registered when elections officials mistakenly process the form.

“So that person would get processed and registered through no fault of their own,” LaRose said.

Like the registration forms, Ohio ballots include language stating a voter affirms their citizenship status under penalty of law. According to LaRose, 13 voters did so in 2020 despite not being citizens.

Their votes were ultimately counted.

The cases of wrongful voter registration are usually discovered well after the fact.

There is a 90-day “blackout” period before each federal election to prevent a voter from being purged from the rolls shortly before an Election Day.

Because of this, only after the 2020 election cycle could LaRose’s office conduct its regular review of the voter database and discover these alleged actions took place.

People are given a chance to rectify the situation by canceling their voter registration. Earlier this year, LaRose’s office notified 163 people by mail about the issue at hand and included blank voter registration cancellation forms.

It is those who did not respond who face potential prosecution.

LaRose wants to see an improved system wherein a voter’s citizenship status is checked at the point they attempt to register to vote.

“My admonition to all of our county prosecutors is this: If you’ve been referred these cases, I’d ask you to take them seriously,” LaRose said.

A spokesperson for Yost did not respond to a request for comment Monday about the referrals and a potential timeline for investigating them.

Besides the concern over non-citizens registering and voting, there are “a handful” of other cases of voter fraud in Ohio stemming from the 2020 election cycle, LaRose said.

This includes a Republican elected official from Delaware County who illegally cast an absentee ballot on behalf of his deceased father. Edward Snodgrass, a Porter Township trustee, was sentenced to three days in jail and a $500 fine for casting the illegal ballot, The Columbus Dispatch reported.

“When there’s cause to show that an illegal act occurred, I hope that there’s a prosecution,” LaRose said on Monday. “That’s what should happen, that’s why we have laws in place and those laws should be faithfully carried out.”