We know where you can find the *good* meat-free stuff around town. 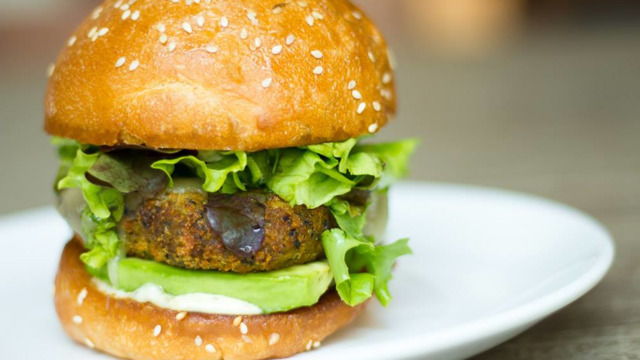 Here in Greater Cincinnati, we know we've got lots of delicious options for vegetarian or vegan meals. But how does the Queen City stack up against the rest of the United States?

Pretty much right in the middle, it turns out. In personal finance resource WalletHub's 2021 report on the country's 100 best cities for vegans and vegetarians, Cincinnati comes in at No. 45 overall — almost right in the center of the pack.

Cincinnati's affordability for vegetarians — how much folks actually spend on food — lands at No. 31, and we're No. 36 for the diversity and quality of what veggie-lovers can find to eat. But when it comes to supporting a vegetarian or vegan lifestyle, the Queen City doesn't fare so well — we're way down at No. 70.

On the bright side, Cincinnati is the highest-ranking city in Ohio on WalletHub's list. Cleveland is No. 60, Columbus is No. 74 and Toledo is No. 90.

No cities in Northern Kentucky made the list, but Lexington is No. 8 and Louisville lands at No. 38.

To determine its rankings, WalletHub looked at affordability (grocery and meal costs), diversity/accessibility/quality (restaurants with options, community gardens and juice bars) and vegetarian lifestyle (veggie consumption and veg-friendly meetups) within the most populous 100 cities in the United States. It also examined data from the U.S. Census Bureau, Feeding America, Yelp and other resources. See WalletHub's full list.

But where can you find all of those delicious vegetarian and vegan meals in Cincinnati? That's where CityBeat is the expert instead of WalletHub. First, pick up CityBeat's 2021 Burger Issue — no, really. We've got a long list of the best veg-friendly burgers as voted by readers and tested by us. Try the fare at Tickle Pickle, Maplewood Kitchen & Bar, S.W. Clyborne and more.

But Cincinnati chefs are concocting way more than just yummy veggie burgers. ESSEN's bagel and "lox" is a brunch fave (for good reason). Earlier this year, CityBeat said Galactic Fried Chicken in Dayton, Kentucky has the best "chicken nuggets" in the region, and we still stand by that (dipping in their Galactic sauce is a must).  And even LaRosa's now has vegan pizzas with a surprisingly indulgent "cheese."