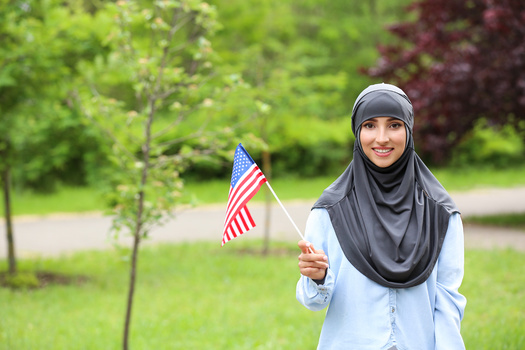 As the nation marks the 20th anniversary of the Sep. 11 attacks, Muslim groups are reflecting on progress in the treatment of American Muslims.

According to the Institute for Policy Studies, the "War on Terror" in the aftermath of 9/11 created a culture that framed Muslims as suspects and taught them to fear the government.

"Anti-Muslim discrimination still exists in policies," Barhumi explained. "Secret watch lists still exist. Muslims are oftentimes spoken of from the framework of national security, rather than being ordinary citizens, that just want to live their ordinary American lives."

Roughly 60% of American Muslims reported experiencing religious discrimination between 2016 and 2020. However, a recently released survey of American mosque leaders found fewer than one in five felt American society is hostile to Islam.

Barhumi explained even young Muslims, who weren't alive on 9/11, often face bullying and anti-Muslim content in the classroom. She argued it is important these youths are supported in their religious and cultural identities.

"Young Muslims see themselves as both American and Muslim," Barhumi pointed out. "They no longer should bear the burden of carrying any sort of guilt or shame around 9/11, which is oftentimes how the conversation is being had."

The Family and Youth Institute created an online toolkit to help parents and educators navigate challenging conversations about 9/11 and Islamophobia with young people. It includes information on how to create a safe space for Muslim students, counter bias and better understand the identifies of Muslim youths.