Anyone who received a J&J shot at least two months ago will be eligible for an additional dose, under the committee’s recommendation. 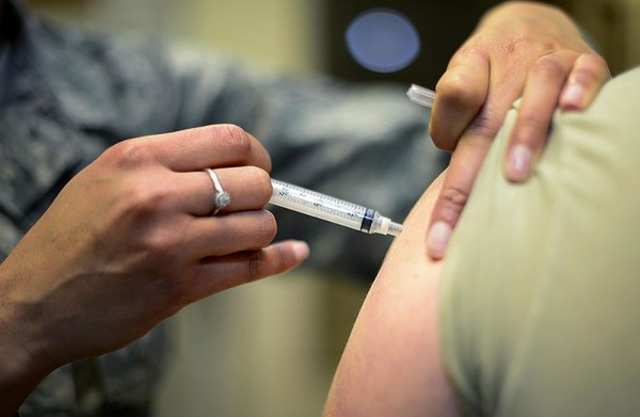 Anyone who received a J&J shot at least two months ago will be eligible for an additional dose, under the committee’s recommendation.

The Food and Drug Administration (FDA) is expected to follow the advice of its advisory panel. Formal guidance from the Centers for Disease Control and Prevention (CDC) also is required, and expected to occur as soon as next week.

Authorization of the second dose will essentially turn the one-dose J&J vaccine into a two-shot regime like those from Pfizer and Moderna, which use a different type of technology to spur the immune system to create antibodies.

That FDA advisory panel vote came a day after the same group of independent vaccine experts recommended a third dose of Moderna’s COVID-19 vaccine for older and higher-risk adults, as well as certain workers.

That same population also has been recommended to receive a third dose of the Pfizer shot to ensure better protection against infection.

The one-dose shot from J&J’s vaccine division, Janssen Pharmaceuticals, initially was approved in February. Since then, more than 15 million Americans have received it.

By relying on one dose instead of two, the J&J shot was heralded as logistically helpful in vaccinating harder-to-reach populations, such as those who may not be able to easily return for a second jab.

Early in the shot’s deployment, its use was briefly paused as federal regulators reviewed data on a rare but serious blood-clotting condition identified in some women. It was allowed to be used again 11 days later, with providers directed to inform patients about the warning about the rare blood clots.

Regulators on Friday found no evidence of serious safety concerns, though they did express frustration about receiving little time to independently review some of the company’s data.

But there was unanimous agreement that there was enough data to show that the benefits of a second dose of the J&J shot outweighed the risks.

One factor in that discussion was the effectiveness of J&J’s vaccine, which has been lower than that of the two-dose vaccines from Moderna and Pfizer.

A lingering issue that the panel did not resolve is whether those who received the J&J vaccine should be able to get a follow-up dose of either the Pfizer or Moderna vaccines, given the differences in the efficacy rates in those shots.

The FDA panel did hear a presentation from a scientist who helped lead a study on mixing doses from different drug manufacturers. But it did not vote on whether to recommend mixed doses, or set a timeline for doing so.