Had the abortion ban stood, it would have outlawed abortion at all gestational stages within Mason's city limits and punished those who "aid and abet" abortions. 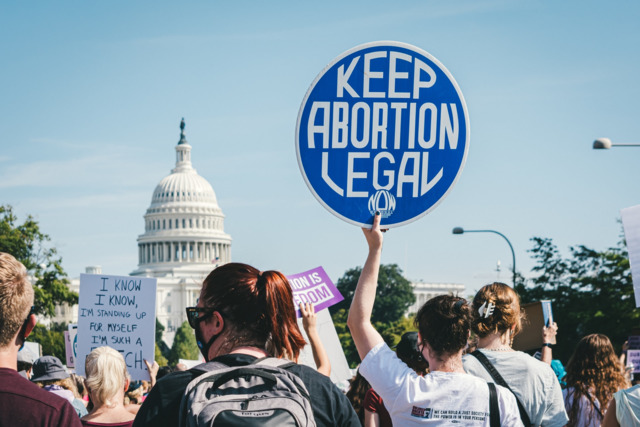 Gayatri Malhotra, Unsplash
Mason's "sanctuary city for the unborn" ordinance is on hold at the moment.
Controversial — some might say ill-conceived — legislation in Mason was aborted Monday night.

After months of attempting to become a "sanctuary city for the unborn," Mason finally gave up its mission to ban abortions during the Dec. 13 city council meeting. The council voted 6-1 to repeal an anti-abortion ordinance that it had passed in October and that was supposed to take effect in November.

The result? Abortions are not criminalized in Mason.

Had the abortion ban stood, it would have outlawed abortion at all gestational stages within Mason's city limits and punished those who "aid and abet" abortions through funding, transportation and more. Violators could have been fined $2,500 and spent a year in prison.

There are no abortion providers within Mason's city limits.

The repeal largely is due to community pressure in addition to a new group of council members who were elected in November and opposed the ordinance. The anti-abortion ordinance's sponsor, T.J. Honerlaw, was not reelected to the city council and finished last in the race.

After several attempting to ban abortion within the city limits, Mason City Council had approved an anti-abortion ordinance 4-3 during an Oct. 25 meeting. Previous attempts to declare the ordinance an "emergency" and, thus, take effect immediately had failed. Council members also had considered putting the issue to a public vote in October, but that motion received only four votes, not the five it needed.

The ordinance approved in October was to take effect Nov. 24, but opponents — including activist and business owner Joy Bennett and other members of Mason's business community — submitted a petition against it with 2,000 signatures. The petition, which pushed for a referendum or public vote rather than a council-mandated ordinance, paused the ordinance from being implemented.

The petition and signatures were in the process of being validated and reviewed by the Board of Elections when Monday's meeting took place.

"From the beginning, this dangerous anti-abortion ordinance was unpopular among residents of Mason," Kersha Deibel, CEO of Planned Parenthood Southwest Ohio Region, said in an emailed statement. "Led by passionate community members, Mason, Ohio came together to elect local officials who represent and work for them. The residents of Mason and the majority of Ohioans support abortion access. Last night, Mason sent a clear message to politicians across Ohio — listen to us, or we will elect people who will."

"The passing of ordinance 2021-108 (the ban that Mason passed in October) was not only against federal law, but it also was against our own Mason city charter," Nelson said.

Council member and former mayor Kathy Grossmann, who was the only person to vote against Monday's repeal, dissented, insinuating that because Mason has had no official abortion providers in the city since 1973's Roe. v. Wade, the abortion ban would not affect residents.

"If you look at the 'sanctuary city for the unborn' legislation, it acknowledges the rulings of Casey v. Planned Parenthood and Roe v. Wade, and it does not contradict those. It works within those. It simply provides a criminal penalty for those assisting abortions and providing abortions within the city limits," Grossman claimed.

The landmark 1973 U.S. Supreme Court case Roe v. Wade established that pregnant people have the constitutional right to choose abortion without excessive interference from the government and also have the right to privacy to make that choice, later adding that people may choose abortion up to the point of "fetal viability." Today, many medical experts say fetal viability generally begins after around 24 weeks of gestation.

Abortion is legal in Ohio only up to 20 weeks — well below experts' recommendation of at least 24 weeks.

Mason's ordinance included ideas and terminology that are conservative or religion-based, such as "The City Council finds that: (1) Human life begins at conception." and "(4) The Supreme Court's decision in Roe v. Wade, 410 U.S. 113 (1973), which invented a constitutional right for pregnant women to kill their unborn children through abortion, is a lawless and unconstitutional act of judicial usurpation, as there is no language anywhere in the Constitution that even remotely suggests that abortion is a constitutional right." Read the ordinance language.

Sanctuary Cities for the Unborn, a nonprofit group that's funded by the Right to Life of East Texas, reportedly helped Mason council members develop language for the ordinance.