Cincinnati is One of the Top 10 American Cities for Christmas, According to Study

WalletHub made its list (and checked it twice) to put Cincinnati in the top 10. 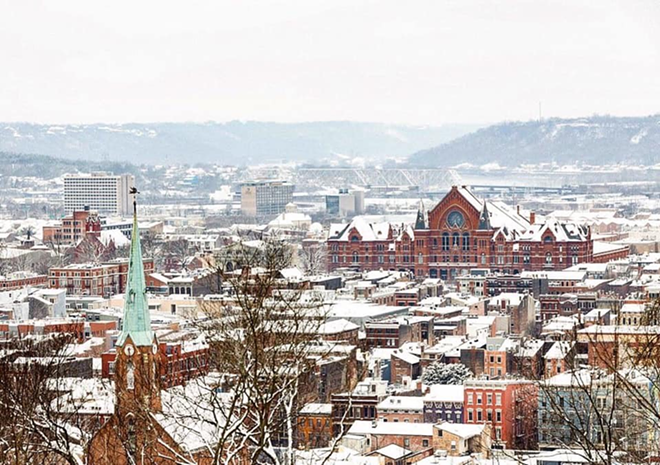 It definitely seems like the Christmas spirit is in the air in Cincinnati this year.

Financial website WalletHub knows what’s up. They recently released a list of the best American cities for Christmas, and Cincinnati ranked pretty high.

Out of the 100 cities surveyed, Cincinnati took home the No. 8 spot. Other Ohio cities Cleveland and Columbus ranked lower, at No. 18 and all the way down at No. 58, respectively.

WalletHub made its list (and checked it twice) based on 32 data points that make up their definition of a “festive and affordable" place to spend Christmas. Indicators include everything from the number of Christmas traditions to affordable shopping and generosity to the costs of celebration.

And while the Queen City ranked eighth overall, it took home the No. 1 spot for the number of affordable, high-quality restaurants. We ranked pretty average on Christian population, at 52nd, and 49th for the number of Christmas tree farms per capita. Ohio also ranked low for the number of vaccinated residents.

Although they probably won’t get a white Christmas, the No. 1 best city for Christmas was Atlanta and the worst was Las Vegas.

For its study, WalletHub reviewed data from the U.S. Census Bureau, Corporation for National and Community Service, the Centers for Disease Control and Prevention, Yelp and other databases.