Ohio Attorney General Dave Yost, a Republican, was part of the suit. 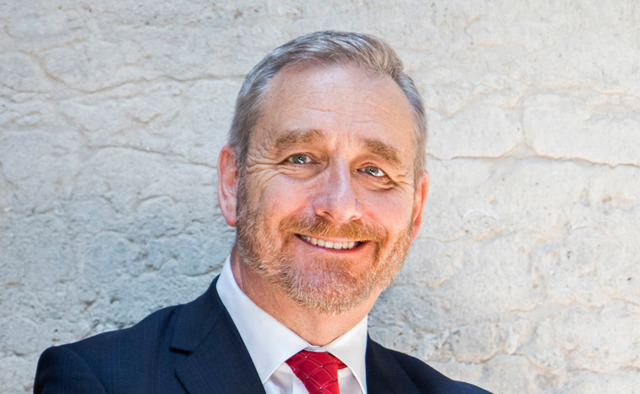 The U.S. Supreme Court on Thursday dealt a blow to U.S. President Joe Biden's administration’s fight against the pandemic, blocking a federal mandate that workers be vaccinated or regularly tested for COVID-19 — though the court allowed a separate rule requiring vaccinations for some healthcare workers.

The two rulings represented a split victory for Republican attorneys general from Ohio, Missouri, Louisiana and other states who went to court to battle the White House on its COVID-19 policies.

The emergency Occupational Safety and Health Administration mandate, which President Joe Biden announced in September, required employers with 100 or more workers to check employees’ COVID-19 vaccine status or test them regularly and require them to wear a mask on the job.

In a statement, Biden said he was disappointed the court struck his vaccinate-or-test requirement and called for states and private companies to pick up where the court said federal authorities must leave off.

“It is now up to States and individual employers to determine whether to make their workplaces as safe as possible for employees,” he said.

“The Court has ruled that my administration cannot use the authority granted to it by Congress to require this measure, but that does not stop me from using my voice as President to advocate for employers to do the right thing to protect Americans’ health and economy.”

The healthcare worker ruling would save lives, Biden said.  He vowed to enforce it.

The OSHA standard took effect Monday, but the government allowed several weeks before workers were required to be fully vaccinated.

The court majority sided with 27 Republican attorneys general, who claimed Congress had not given the executive branch the power to require vaccines.

“The question before us is not how to respond to the pandemic, but who holds the power to do so,” Justice Neil Gorsuch, joined by Justices Clarence Thomas and Samuel Alito, wrote in a concurrence with the unsigned order in the workplace decision. “The answer is clear: Under the law as it stands today, that power rests with the States and Congress, not OSHA.”

OSHA is empowered to regulate workplace safety, but a virus that has affected virtually every part of life for the past 22 months is outside the agency’s scope, the conservative justices wrote.

In a dissent, the court’s three liberal justices, Stephen Breyer, Sonia Sotomayor and Elena Kagan, said the majority opinion would result in thousands of unnecessary deaths and more sickness.

The justices wrote that the 1970 law creating OSHA did empower the agency to regulate threats that are found both inside and outside the workplace. Further, the risk from COVID-19 is greater at work, where employees may have little capacity to manage their own risk, they said.

The order misread the law, they wrote.

“And in so doing, it stymies the Federal Government’s ability to counter the unparalleled threat that COVID–19 poses to our Nation’s workers,” they wrote. “Acting outside of its competence and without legal basis, the Court displaces the judgments of the Government officials given the responsibility to respond to workplace health emergencies.”

Biden and other high-profile Democrats agreed with the liberals’ dissent.

The decision “undermines a 50-year-old workplace safety law and threatens OSHA’s authority to protect workers during a public health emergency,” said U.S. Rep. Bobby Scott, a Virginia Democrat who leads the House Education and Labor Committee. “The Court’s failure to uphold the vaccine-or-test policy eliminates a critical tool for saving lives and ending the pandemic.”

Republicans, including the attorneys general who challenged the mandates, praised Thursday’s ruling.

In a statement, Missouri Attorney General Eric Schmitt, who filed the first suit against the OSHA mandate, called the ruling striking it down “a massive win for millions of workers and businesses across the country.”

“I’m proud to have delivered this critical decision for Missourians and Americans, and to hand the Biden Administration its biggest loss to date,” he said. “While we’re disappointed in the Supreme Court’s ruling on our lawsuit against the healthcare worker vaccine mandate, that fight is far from over.”

Ohio Attorney General Dave Yost, who was part of the suit by 27 attorneys general, also shared a statement.

"Americans have lost too much to this disease already — all of us want this pandemic to end – but it is critical that we do not lose our Constitution, too,” Yost said. “Today’s ruling protects our individual rights and states’ rights to pursue the solutions that work best for their citizens."

In the decision on the healthcare staff mandate, Chief Justice John Roberts and Justice Brett Kavanaugh joined the court’s liberals to allow the Department of Health and Human Services requirement that workers at health care centers that receive Medicare and Medicaid funds be vaccinated.

The opinion overrules lower courts in Missouri and Louisiana that had blocked enforcement of the rule while the cases were ongoing. The legal challenges to the rule will continue, but Thursday’s ruling allows the mandate to take effect while those challenges are pending.

The Department of Health and Human Services, the department that oversees the Centers for Medicare and Medicaid Services, can condition federal funding on whatever requirements the secretary finds necessary, the majority wrote in an unsigned opinion.

“The rule thus fits neatly within the language of the statute,” they wrote. “After all, ensuring that providers take steps to avoid transmitting a dangerous virus to their patients is consistent with the fundamental principle of the medical profession: first, do no harm.”

In a dissenting opinion, Thomas, joined by Gorsuch, Alito and Justice Amy Coney Barrett, wrote that the federal government had much narrower authority to dictate the terms of state programs.

Vaccination requirements go far beyond what the agency has previously mandated, he wrote.

“If Congress had wanted to grant CMS authority to impose a nationwide vaccine mandate, and consequently alter the state-federal balance, it would have said so clearly,” Thomas wrote. “It did not.”

The rulings came less than a week after the justices heard arguments on the mandates – an unusually fast turnaround for the court.

A version of this story was originally published by the Ohio Capital Journal and is republished here with permission.