The summer tour will support Costello's latest album "The Boy Named If." 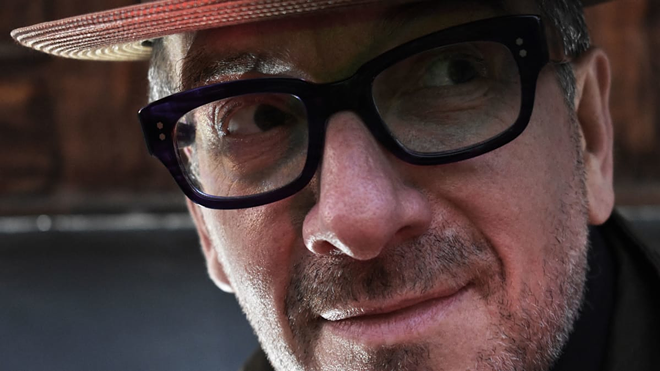 If you missed the legendary Elvis Costello's Oct. 16 show in Cincinnati, you'll soon have another chance to see him. You'll just have to drive a little bit farther.

Costello and his longtime band the Imposters will kick off the "The Boy Named If & Other Favourites" tour on Saturday, Aug. 6, at Rose Music Center in Huber Heights, about an hour north of Cincinnati. Tickets will go on sale to the public at 10 a.m. Friday, Feb. 18.

The summer tour will support Costello's latest album The Boy Named If, released in January. The album — his 32nd in the studio — includes songs that were first performed during the fall theatre tour and has received near-universal acclaim from critics.

Nicole Atkins will open the show. Nick Lowe, Costello's longtime collaborator, will perform during select shows on the tour, though there is unfortunately no indication he will do so at Rose Music Center.

During his fall tour, Costello brought his entire song catalogue — and then some. But the legend hasn't been content to rest upon his well-earned laurels. In September, Costello released Spanish Model, a reimagining of songs from his pivotal 1978 classic This Year's Model, but entirely in Spanish. Costello worked with Grammy-winning Argentinean producer Sebastian Krys and Latin stars such as Juanes, Jorge Drexler and Francisca Valenzuela to sing This Year's Model songs over his original recordings with the Attractions, providing plenty of new flavor and emotion. The album is an unexpected, delightful twist on Costello's classics.

Costello also has taken on the role of music teacher. In September, he debuted his Audible Original How to Play Guitar and Y, a music lesson filled with Costello's signature storytelling and philosophies. Clocking in at a little more than 90 minutes, the audiobook meanders from why Costello thinks messing up is essential to giving "voice to your heart's desire."

Below, listen to Costello's "What If I Can't Give You Anything But Love?" from The Boy Named If.