Garage Beer NA is "brewed with a crisp, light (and) refreshing taste to keep the engine turning and the innovation burning." 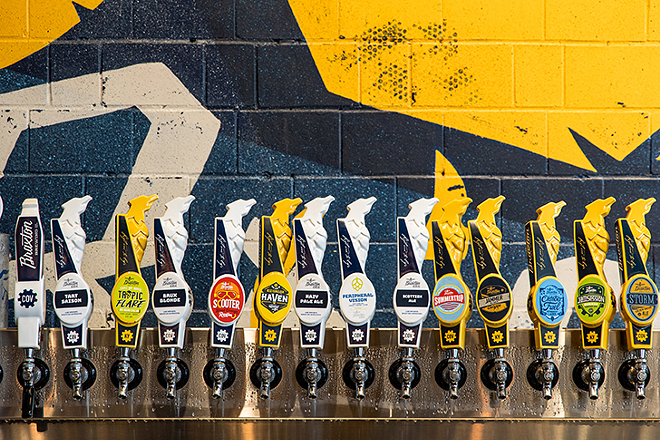 Non-alcoholic drinks and booze-alternatives are gaining traction in the American market. According to market research firm IRI, U.S. sales of non-alcoholic beer were up 38% in 2020 to roughly $188 million in total sales, even as regular beer sales have declined in the past four years.

Local breweries are starting to jump on the bandwagon, with MadTree releasing Leave No Trace non-alcoholic (NA) pale in its taproom at the start of 2022.

Now, Braxton has joined in with an NA version of its popular Garage Beer.

The new Garage Beer NA takes the same ethos of the flagship lager — which offers "medium-light body and moderate carbonation" and 4% ABV — and removes the alcohol.

Braxton says Garage Beer NA is "brewed with a crisp, light (and) refreshing taste to keep the engine turning and the innovation burning." They say it has zero alcohol. (“Non-alcoholic” beer can contain up to 0.5% alcohol by volume, whereas truly alcohol-free beer must contain no detectable levels of alcohol and should be labeled 0.0% ABV, according to the U.S. Food and Drug Administration.)

Kara Driscoll contributed to this story.