The Columbus man admitted his attack on the power grid was “in furtherance of white supremacist ideology.” 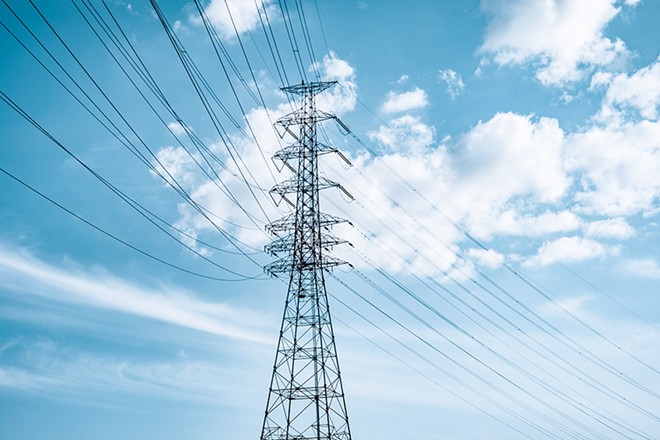 Photo: Yuan Yang, Unsplash
Christopher Brenner Cook of Columbus is one of three men who plead guilty to planning on attack on the power grid.

Three men — one from Ohio — pleaded guilty to federal terrorism charges after admitting their plans to attack the power grid “in furtherance of white supremacist ideology,” according to documents unsealed Wednesday.

Christopher Brenner Cook, 20, of Columbus, Ohio; Jonathan Allen Frost, 24, of West Lafayette, Indiana and of Katy, Texas; and Jackson Matthew Sawall, 22, of Oshkosh, Wisconsin, each pleaded guilty to one count of conspiring to provide material support to terrorists.

Court records show they entered their pleas Feb. 7. Each man faces a 15-year maximum sentence and up to a $250,000 fine.

The facts stipulated by the men paint a goal of racist dystopia, in which an armed attack on power grids would cause confusion, economic upheaval, and unrest — ripe conditions for a “revolutionary force,” the documents state.

They were each assigned their own substation in different parts of the country to attack. The court filings do not specify the locations of the substations.

“There were also conversations about how the possibility of the power being out for many months could cause some serious change or straight out war, even a race war; additionally, that without power across the country, it could cause the next Great Depression, people wouldn’t show up to work, the economy could crash and there would be a ripe opportunity for potential (white) leaders to rise up,” the documents state.

The men discussed using explosive devices to distract law enforcement as officers respond to any siege.

Frost sought to provide rifles for the men, including by building them himself with parts he purchased online, according to court records. He also bought a rifle in Texas with no serial number, known as a “ghost gun,” and brought it to Columbus in February 2020 for Cook.

At the time, the three met to plan their assault. Sawall and Cook bought spray paint which they used to paint a swastika flag at an unspecified park with the caption “Join the Front” — a pseudonym for their online chat group. A spokeswoman for the U.S. Attorney’s office declined to provide the photo or specify which Columbus park this occurred in.

In August 2020, FBI agents raided their home and found weapons and Nazi and white supremacist material.

Of the former: Agents found a tactical magazine and various camouflage jackets in Cook’s home along with a “recently acquired, but not yet assembled” rifle. In Frost’s home, they found multiple riffles, suppressors, gun components, and chemicals that FBI testing concluded “could be used to create an explosive device.” Other court records show a long list of seized weapons, ammunition, chemicals, and electronic devices.

Of the latter: Agents found in Cook’s bedroom a copy of the book Siege. The court documents don’t specify the author, although the Southern Poverty Law Center, which monitors hate groups, says Siege was written by neo-Nazi James Mason and pushes for violent extremism. The book appeared on a list of suggested reading for people he tried to recruit, per court documents, along with A Squire’s Trial — which bears a swastika on its cover.

Were the men to get caught, they discussed making “suicide necklaces” filled with fentanyl, a powerful opiate. Frost provided such necklaces to Cook and Sawall, the latter of whom swallowed his pill during a police stop after their Columbus meeting but ultimately survived.

All three await sentencing. Attorney information for the three was not available on a public court database as of Wednesday evening.

“These three defendants admitted to engaging in a disturbing plot, in furtherance of white supremacist ideology, to attack energy facilities in order to damage the economy and stoke division in our country,” said Assistant Attorney General for National Security Matthew G. Olsen in a news release. “The Justice Department is committed to investigating and disrupting such terrorist plots and holding perpetrators accountable for their crimes.”