Special guests include Gin Blossoms and Toad The Wet Sprocket. 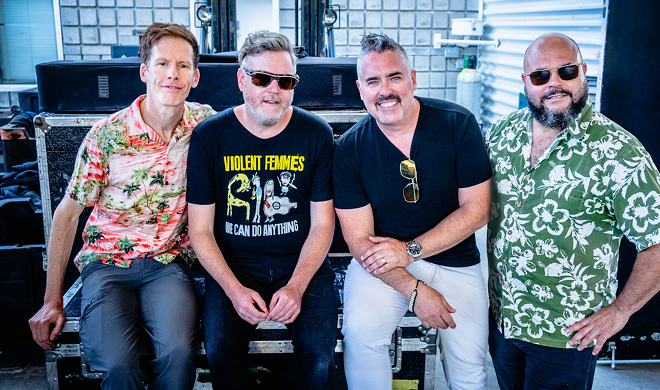 Radio-friendly Pop Rockers the Barenaked Ladies already have a summer tour stop slated at Riverbend Music Center (July 20). But if you're a huge fan and have at least a small percentage of a million dollars to spend, the band has just announced a second nearby stop on their lengthy summer 2022 tour.

Barenaked Ladies and fellow acts Gin Blossoms and Toad the Wet Sprocket will rock the sixth edition of their "Last Summer on Earth" tour at Rose Music Center in Huber Heights, Ohio on July 19. Tickets for that show are on sale now at ticketmaster.com and rosemusiccenter.com. And tickets are on sale now for the Cincinnati show at riverbend.org.

“We’re looking forward to getting back out on the 'Last Summer On Earth' tour,” said the band's vocalist/guitarist Ed Robertson in a release. “Having Gin Blossoms and Toad the Wet Sprocket out with us is going to be a blast. That’s a lot of hits per night!”

Continuing to tour and experience consistent commercial success, the Barenaked Ladies have sold over 15 million albums worldwide and have earned multiple JUNO Awards (the Canadian Grammys) and Grammy nominations throughout their career.

Since their breakthrough hits, "If I had $1,000,000" and "One Week," the band has remained relevant in pop culture by writing and recording the theme song for hit sitcom The Big Bang Theory, and even got their very own Ben & Jerry's ice cream flavor in Canada: If I had 1,000,000 Flavours.


Tourmates and stand-out Rock group from the 1990s Gin Blossoms continue to tour performing songs like “Hey Jealousy” and “Found Out About You," while adding in new music from their extensive catalog.


Alt Rockers Toad the Wet Sprocket are bringing their more than three decades of skill and experience to the stage. Fans can expect them to play hits like  “Walk on the Ocean” and “All I Want."