The National Is Going on Tour, But You Won't See Them in Cincinnati 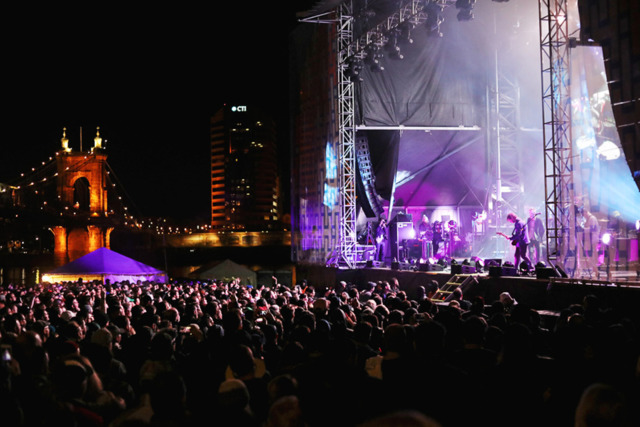 Cincinnati-bred band The National has announced its summer tour — but the Queen City is conspicuously missing from the itinerary.

On March 29, The National shared on its owned media what it says is the "full tour itinerary for Summer 2022." The lineup includes 23 dates throughout the United States and Canada and features a number of festivals. The band will be hitting Chicago, Portland, Edmonton, Minneapolis, Pittsburgh and more, but there's no Cincinnati date currently listed.

In fact, to see the band, Cincinnati residents would have to head nearly two hours west to Indianapolis. Tickets will go on sale at 10 a.m. Friday, April 1.

But don't despair just yet, local National fans — there's always a chance for Homecoming. The Cincinnati festival curated by The National has not yet announced its dates for 2022. Launched in 2018, Homecoming takes place in Smale Riverfront Park along the Ohio River and typically features two nights of music, with The National taking several performance slots themselves.

The most recent iteration of Homecoming was to have happened in May 2020 but was cancelled due to the then-new COVID-19 pandemic. 
"We made every attempt to reschedule Homecoming for 2020, however due to circumstances beyond our control, the festival will not take place this year as planned," The National's statement at the time said. "We look forward to bringing the event back in 2021."

Unfortunately, Homecoming did not take place in 2021, either, as the pandemic continued to rage on thanks to the fast-spreading Delta variant of the coronavirus causing a months-long surge of new COVID-19 cases and hospitalizations throughout the summer, fall and early winter.

The website for the Homecoming festival still displays a cancellation notice for the 2020 installment. But with Cincinnati absent from the recently announced tour dates, National members frequently involved in local projects and community COVID numbers starting to recede a bit, some type of Homecoming — even on a smaller scale — could be doable at some point this year.

In October, The National celebrated the 20th anniversary of its self-titled debut album by releasing its entire catalog on BandCamp.