Oh my god they're back again. 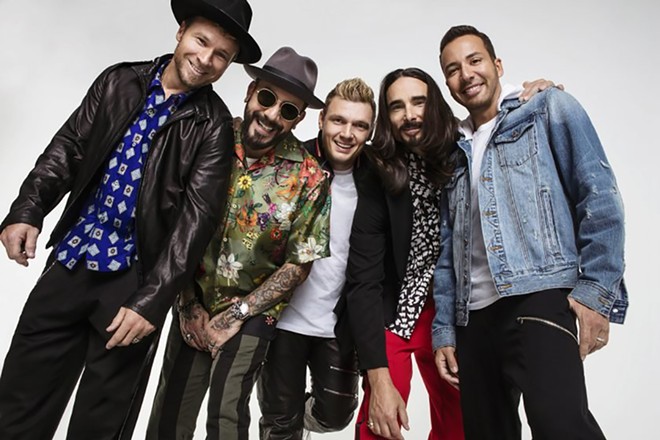 Backstreet's back alright, at least at Riverbend Music Center.

The heartthrob 1990s boy band is bringing their DNA World Tour to Cincinnati on July 26. Tickets go on sale at 10 a.m. April 8 at ticketmaster.com and riverbend.org.

The tour, which celebrates Backstreet Boys' 2019 release DNA, kicks off in Las Vegas and then makes its way across the U.S. DNA features the single "Don't Go Breaking My Heart," which was nominated for a Grammy. The song was Backstreet Boys' "first hit on the Billboard Hot 100 in 10 years," according to a release, and "went straight to No. 1 on iTunes Top Songs and Global charts."

In honor of the DNA World Tour, the boys — AJ McLean, Howie Dorough, Nick Carter, Kevin Richardson and Brian Littrell — have created a docuseries called Making of the DNA Tour, "giving fans an inside look of the preparation for their highly-anticipated world tour," per a release.

Episodes will go live on the band's YouTube channel.  Watch the first episode below:

And remember hits from Backstreet's past hits here: