Hallelujah, the Roebling Is Open Again, and 8 Other Cincinnati Stories You May Have Missed This Week

The bridge is great, but this week was (mostly) all about the Reds. To say that the first week of April was a mixed bag is an understatement. Most notably, the Cincinnati Reds’ faced off against the Braves down in Atlanta for Major League Baseball's delayed opening day on April 7,  where the team managed to secure a 6-3 victory against the 2021 World Series champions. More good news: The John A. Roebling Suspension Bridge, which connects Cincinnati and Covington, finally reopened on April 8 after being closed to vehicular traffic since Feb. 15, 2021. In decidedly less uplifting news, lawmakers introduced Ohio’s version of the “Don’t Say Gay” bill on April 4. Read on to discover the headlines you might have missed from this week.

Ohio Republicans — Including Cincinnati's Jean Schmidt — Introduce Version of 'Don't Say Gay' Bill
That’s right — Ohio unfortunately has its very own “Don’t Say Gay” bill in the works. On April 4, Republicans introduced HB 616 in the Ohio House of Representatives, legislation with broad, vague, and barely defined language designed to ban the promotion and teaching of “divisive and inherently racist concepts.” The bill also contains specific bans on acknowledging or discussing LGBTQ+ identity. Essentially, the bill would ban school districts from selecting any instructional material (like a textbook) or curriculum that promotes what lawmakers are calling “divisive or inherently racist concepts,” like critical race theory, intersectional theory, the 1619 project and more. Find out what other measures are included in CityBeat’s story on Ohio’s “Don’t Say Gay” bill.

Here's What to Know About Ohio's Early Voting
Still confused about voting for the upcoming Ohio primary elections ? Unfortunately, April 4 was the final day to register to vote in the May 3 primary, but early voting now is in progress. Read CityBeat’s story about what will be on the ballot during the May 3 primary and how you can make your voice heard.

The John A. Roebling Suspension Bridge Reopened This Week
Commuting between Cincinnati and Covington just got a little easier. On April 8, the John A. Roebling Suspension Bridge, which spans Cincinnati and Covington, was reopened to vehicular traffic. The bridge had been closed to vehicular traffic since Feb. 15, 2021, when it started undergoing a restoration project. Read CityBeat’s story about the bridge’s reopening and its many restoration woes.

Cincinnati Bartenders Have Become a Line of Defense Against Fentanyl-Laced Drugs
Out on newsstands now, CityBeat’s latest print edition is an in-depth piece on the fentanyl appearing in big batches of party drugs. To reduce fentanyl overdoses and deaths, local bartenders are investing in fentanyl detection strips and Narcan training. Read CityBeat’s cover story about why bar managers are training their staff in spotting patrons who are overdosing.

Baseball Hall of Famer Barry Larkin Will Be the Grand Marshal of the Cincinnati Reds' Opening Day Parade
The day has nearly arrived! The Cincinnati Reds’ Opening Day Parade will ignite the streets of downtown with unadulterated hometown pride before the Reds take on the Cleveland Guardians at Great American Ball Park on April 12. As an added bonus, Baseball Hall of Famer and former Red Barry Larkin will lead the parade procession, while Bengals quarterback Joe Burrow will throw out the first pitch during the game, and head coach Zac Taylor and wide receiver Ja'marr Chase will join him during the on-field festivities. A number of bars, restaurants and communities are hosting additional pre-game activities, and GABP is ready with new menu items for hungry fans. Get a sense of what to expect at the Opening Day Parade by reading CityBeat’s story on Larkin’s role in the procession.

Angry Fans Erect Billboard Urging Bob Castellini to Sell the Cincinnati Reds
Get this: Cincinnati Reds fans are so frustrated with Reds team owner Bob Castellini that they forked over thousands of dollars for a billboard demanding a change in ownership. A new billboard features the hashtag #SellTheTeamBob, the refrain that Reds fans on social media have been using to urge team owner Bob Castellini to unload Cincinnati's biggest baseball asset. With the Reds losing big contributors and Castellini saying he wants to concentrate on younger players, fans are anxious about 2022 turning into another "rebuilding season" rather than a legitimate push for playoff glory. Read CityBeat’s story about where to find the eye-catching billboard and how much fans paid for it.

Westwood's New DORA District Plans Grand Opening
Summer is nearly here, and you know what that means: It’s almost time for Cincinnatians to spend their weekends languidly drinking outdoors, including in the fourteen acres of Westwood that are now part of a DORA. Westwood's DORA held a soft opening in March 17 — and is currently active and open — but will host a grand opening celebration at 6 p.m. on May 5 at Town Hall Park. Read CityBeat’s story about where to find the new DORA district in Westwood’s.

Attendees Had the Best Time at CityBeat's Best of Cincinnati® 2022 Celebration — Here's the Photo Evidence
CityBeat has been in the business of curating the Best Of Cincinnati® for more than 25 years, highlighting the city’s most outstanding selections in Arts & Culture, Eats, Shops & Services, Music & Nightlife, City Life and Sports & Recreation — as selected by both readers and staff. The 2022 Best Of Cincinnati® issue is out now, and we celebrated the winners with a big party on April 6 at The Phoenix , indulging in all that the Queen City has to offer. See CityBeat’s favorite moments from the big Best of Cincinnati® party. 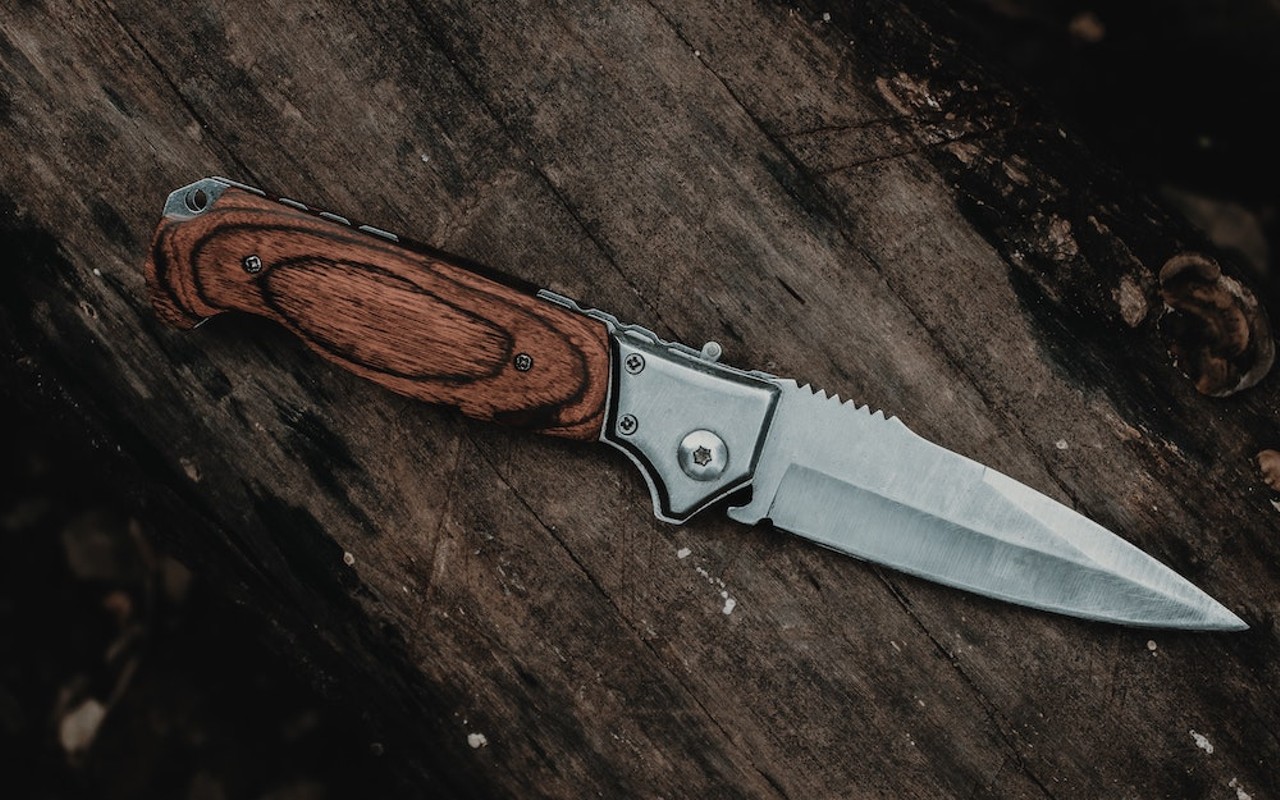 Ohio Lawmakers Could Soon Pass Bill Blocking Cities From Banning Knives, Brass Knuckles: The legislation is now headed for a vote in the Ohio House.

Thunderstorms, Hail and Snow Expected Throughout the Cincinnati Area this Weekend: Let's hope this is our last round of shitty spring weather but unfortunately if you’ve lived in the midwest long enough, you know it’s not.