Cincinnati's Blessid Union of Souls will open the Fourth of July show. 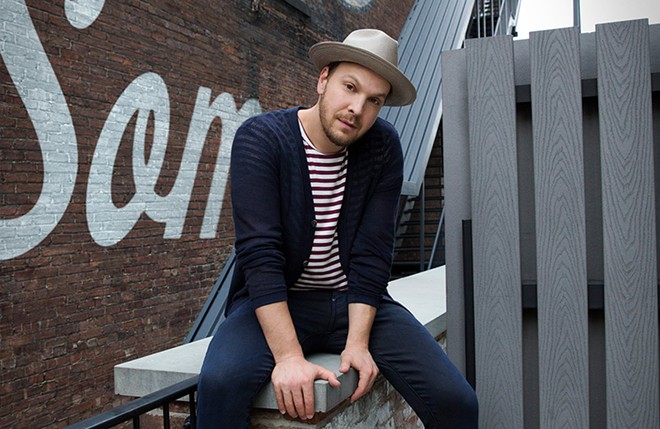 Blue Ash is bringing live music back to its big Fourth of July party.

The Grammy-nominated DeGraw — who has had hits including "We Both Know" and "I Don't Want to Be" — will take the stage at Summit Park at 8:15 p.m. on July 4. Blessid Union of Souls plays at 6 p.m.

“We are thrilled to have Gavin DeGraw at Fretboard Brewing Red, White & Blue Ash,” says Blue Ash Parks and Recreation Director Brian Kruse in a release. “He was originally booked for 2020 and 2021 when the concerts were canceled due to the pandemic. Finally having the opportunity to bring national entertainment back to Blue Ash is a great privilege. Offering a full-scope event once again is a wonderful sign of progress for our community and worth celebrating alongside our independence.”

Red, White & Blue Ash is known for booking big-name bands for its annual festival — some nostalgia acts and some not. Recently, REO Speedwagon headlined the fest in 2017, Pat Benatar and Neil Giraldo played in 2018 and Kansas took the stage in 2019.

But there's more than music at Red, White & Blue Ash. The day will be full of rides, wandering entertainment and food and drink vendors. At 10 p.m., Arthur Rozzi Pyrotechnics caps off the evening and will "delight audiences by lighting up the night sky and the Observation Tower with the region’s biggest and best fireworks show," set to music from WARM 98.5.

Check out Gavin DeGraw's video for "I Don't Want to Be:"
And Blessid Union of Souls' "Hey Leonardo:"