This season is chock-full of prime productions — including Tina: The Tina Turner Musical and Hadestown. 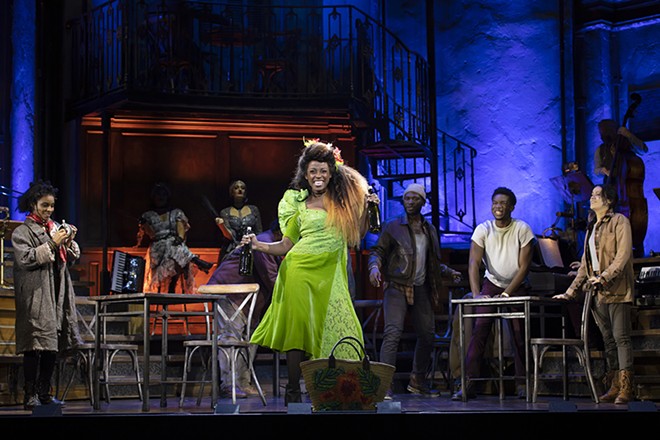 Broadway in Cincinnati’s 2022-2023 season has been announced, featuring eight productions, including two shows rescheduled from the largely canceled 2019-2020 season. The series’ general manager, Genevieve Holt, says it’s always a bit of a puzzle to put a season together, balancing what’s touring and what audiences will appreciate.

Cincinnati has a strong subscriber base. Holt says, “Over the course of the pandemic, very few people decided not to subscribe. In fact, we’re starting the 2022-2023 season with an all-time high of subscribers. People showed a lot of confidence, and they’re eager to come back.” Even with health protocols in place, attendance has been strong in early 2022. Masks are no longer mandatory at the Aronoff, but Holt adds, “Of course, masks will still be welcome — if people want them that’s OK.”

Holt is glad the season can include two shows canceled during 2020: Jesus Christ Superstar and Anastasia. “They are back on tour, and we know audiences wanted to see them.” She’s also pleased to bring back Beautiful: The Carol King Musical. “It’s been our most-asked-for show to repeat, and we’re glad to have it here for a week next spring.” As a mom with young kids, Holt is pleased that the season includes a new touring production of Annie, a show that families love.

The coming season offers several award-winning original shows that are still on Broadway, including the October opener, Tina: The Tina Turner Musical, and two recent Tony Award winners, Hadestown and Moulin Rouge for the spring of 2023.

“We’re in a good way,” Holt says, adding that there were a lot of unknowns coming out of the pandemic. “We weren’t sure for a while what would be available. But we’ve put together the same kind of season we always bring, with a lot of shows people are interested in. This season has the same kind of balance and flavor we’re known for.”

• Tina: The Tina Turner Musical (Oct. 25-Nov. 6), the jukebox story of the woman who overcame barriers to become a Queen of Rock n’ Roll. The show originated in London in 2018 and was on Broadway in 2019 where it received a dozen Tony nominations.

• Jesus Christ Superstar (Dec. 6-18), marking the 50th anniversary of Andrew Lloyd Webber and Tim Rice’s sung-through Rock opera portraying the final weeks of Jesus’s life through the eyes of Judas, his betrayer. The show, first released as a concept album in 1970, debuted on Broadway in 1971. This touring production was previously planned for the 2020-2021 Broadway in Cincinnati season.

• Anastasia (Jan. 3-15, 2023) is a story from the twilight of the Russian Empire and Paris of the 1920s. It features a score by composer Stephen Flaherty, an alum of UC’s College-Conservatory of Music; his other shows include Ragtime and Once on This Island. This production was also planned for the 2020-2021 season.

• Annie (Feb. 7-12) is the story of plucky Little Orphan Annie finding her way to happiness in 1933 New York City. Originally a 1977 Tony Award winner, the show is a celebration of American optimism. (This one-week run is automatically included in Week One Subscribers’ season tickets.)

• Tootsie (March 7-19, 2023) is the story of a talented but difficult actor who struggles to find work until his desperate cross-dressing act lands him a starring role. This 2018 show, winner of two Tony Awards in 2019, is based on the hit 1982 movie that starred Dustin Hoffman, but it’s been updated so, rather than a soap opera, that it’s now a backstage show with a lot of theater humor. Holt says, “It’s a really well written sitcom.”

• Beautiful: The Carol King Musical (March 28-April 2, 2023) traces the story of King’s rise to musical stardom in the 1960s, evolving from a songwriter to an exceptional Pop star. It’s been said that her music was “the soundtrack of a generation.” (This one-week run is automatically included in Week Two Subscribers’ season tickets.)

• Hadestown (April 18-30, 2023) won the Best Musical Tony Award in 2019. The hell-raising journey to the underworld and back blends two mythical stories, the young lovers Orpheus and Eurydice as well as Hades, King of the Underworld, and his queen Persephone. Holt says the show, with a dark New Orleans flavo,  has a huge Broadway following, and it’s been popular on tour, perhaps due to singer-songwriter Anaïs Mitchell’s score, derived from her 2010 album. Holt calls it “a love story that will break your heart.”

• Moulin Rouge: The Musical (May 17-June 4, 2023) won the Best Musical Tony Award in 2020 (as well as nine other Tonys). Based on Baz Luhrmann’s eye-popping 2001 movie, this jukebox musical recreates the 19th-century Parisian world of Bohemians and aristocrats in a celebration of truth, beauty, freedom and love. The Broadway production is very immersive, and Holt says the touring show seeks to evoke that atmosphere in theaters such as the Aronoff’s Procter & Gamble Hall. She adds that, while it’s based on the movie’s Pop tune score, lots of newer songs have been injected. “It’s huge, it’s beautiful, and people will love it.”

Season tickets can be purchased in person at the Aronoff Center box office (650 Walnut St.), online at cincinnati.broadway.com, or via the season ticket hotline, 800-294-1816. Single tickets will be available at a later date. 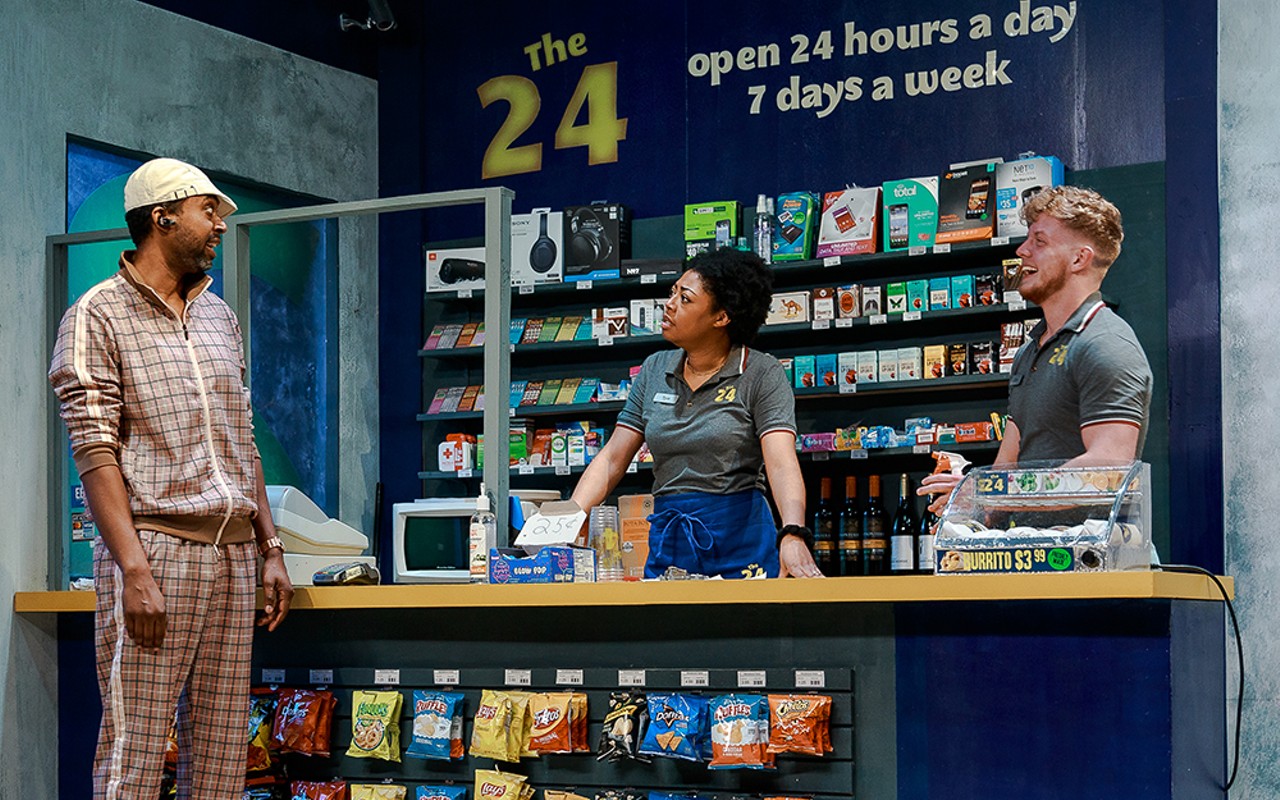 Struggling to Survive: Know Theatre’s The Twunny Fo’ Portrays Convenience Store Workers: The workplace comedy explores how each employee feels about their co-workers, customers, the around-the-clock work schedule, the corporate owner and the gentrifying neighborhood. 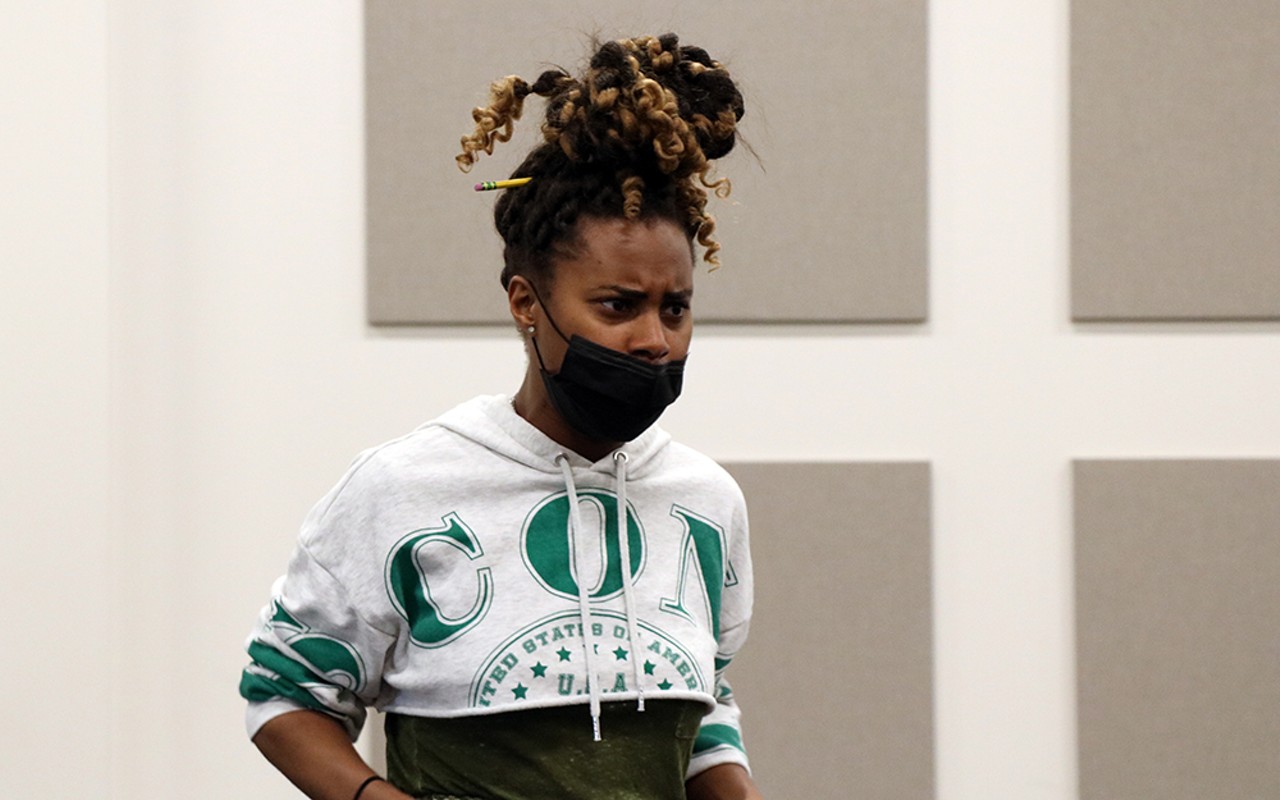 Ensemble Theatre Cincinnati to Debut Thought-Provoking One-Acts on the Black Experience: I Shall Not Be Moved and Your Negro Tour Guide will run from April 9 through May 7.