This week had everything from lawsuits to sports highlights to a newly broken world record. 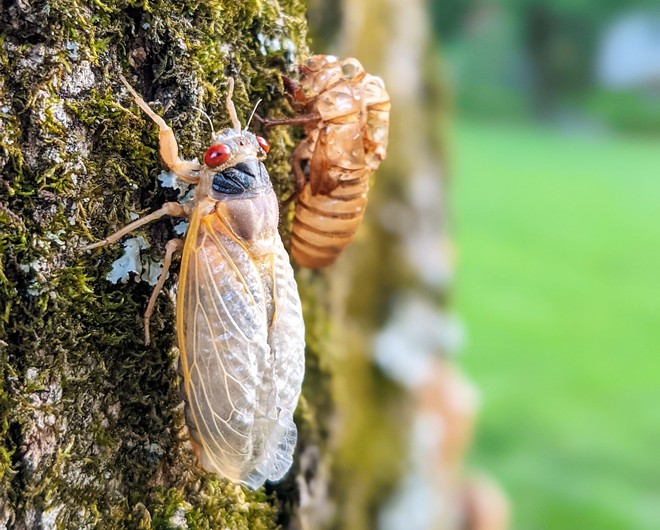 The weather is heating up, and so are Cincinnati's happenings. This week had everything from lawsuits to sports highlights to a newly broken world record. Catch up on the big headlines below.

ACLU Ohio Sues City of Lebanon Over Anti-Abortion Ordinance
With Roe v. Wade in jeopardy, the battle over privacy and bodily autonomy is heating up. This week, the American Civil Liberties Union of Ohio (ACLU) announced it is filing a federal lawsuit against the city of Lebanon, challenging the city’s ban on abortion that was passed in 2021. The ordinance deputizes individuals to report cases of abortion care within city limits, making no exception for cases of rape or incest, and punishes those who “aid or abet” abortions. Read CityBeat's story about the lawsuit's grounds, and learn about the protest against overturning Roe happening on May 14 in Fountain Square.

New Hamilton County Program Distributes Free Fentanyl Detection Strips to Reduce Overdose Deaths
County residents now can request free fentanyl test strip kits by texting "FTS" to 22999. The test strips are free, and no name is required to receive them – just an address where they can be mailed. Officials hope to curb overdose deaths by providing tools to detect fentanyl, a deadly colorless, odorless substance that's being added to party drugs. Read CityBeat's story about how the strips work and how to get them.

Beloved Cincinnati Drag Performer Dies After Performance
Local drag performer Aaron Losey died at the Fitton Center for Creative Arts in Hamilton on May 7 after a performance. Per a statement from the Fitton Center, Losey — who performed under the name Tyese Rainz — died following a “medical episode.” The center said that Rainz's performance received a standing ovation that night, on what also appeared to be Losey's birthday. Read CityBeat's story about how Cincinnati Pride and Losey's friends describe the performer.

Brood X Is Back, So Cicadas Once Again May Be Popping Up in Cincinnati
Last year, the Greater Cincinnati area was engulfed in cicada-mania after billions of Brood X insects emerged following a 17-year residency underground (we'd last seen them in 2004). But it looks like they're back already, in a sense. Dr. Gene Kritsky, dean of behavioral and natural sciences at Mount St. Joseph University is an internationally renowned cicada expert and says that sightings already have been reported. Read CityBeat's story about when to expect a new swarm.

Cincinnati Bengals Announce 2022-2023 Schedule, Score Five Primetime Games
That Super Bowl magic just keeps giving. The 2022-2023 regular-season schedule is brimming with both long-standing and newer rivalries, including an exciting home slate and a whopping five primetime television spots, the league's maximum. The regular season kicks off against the Pittsburgh Steelers on Sept. 11 at Paul Brown Stadium. Read CityBeat's story for the full Bengals schedule and when to watch the team.

Cincinnati Relaunches Safe and Clean Program to Reduce Neighborhood Violence, Add Beautification
On May 9, officials gathered in East Westwood to announce the Safe and Clean Accelerate Grant, a reimagining and relaunch of the city's previous Safe and Clean fund. $500,000 is available for neighborhood grants for projects that could reduce violence and crime opportunities or that beautify areas. Read CityBeat's story about which areas will be prioritized and how to apply for unlimited grants.

'Accidentally Wes Anderson' Instagram Page Shares Photo of Clifton's Esquire Theatre
Devoted to "the unique, the symmetrical, the atypical, the distinctive design and amazing architecture that inspires us all," the Accidentally Wes Anderson Instagram and its associated website feature images of snowy funiculars, pastel factories, luxe railcars and seaside destinations worthy of the twee director. And now it has Clifton's Esquire Theatre in its sights. Read CityBeat's story about the praise AWA bestowed upon the Esquire.

Kings Island's The Beast Reopens, Breaks Its Own World Record
The popular ride, built in 1979, has recently added some inches and has debuted two feet longer. After six months of renovation, which included replacing 2,000 feet of track, the coaster has reopened to Kings Island's guests. To the joy of Cincinnatians, the Beast remains the world's longest wooden roller coaster. Read CityBeat's story about the coaster's new record.

This Italian Villa-Style Mansion in Indian Hill is a Jaw-Dropping $6.9 Million Masterpiece
This opulent $6.9 million Italian villa-style home is something out of an MTV Cribs episode. Spanning more than 15,000 square feet, the home's design is sort of an industrial-meets-modern style mixed with European countryside chic. See CityBeat's photos of the massive mansion with the steampunk kitchen.