The mayor can't quite handle the heat. 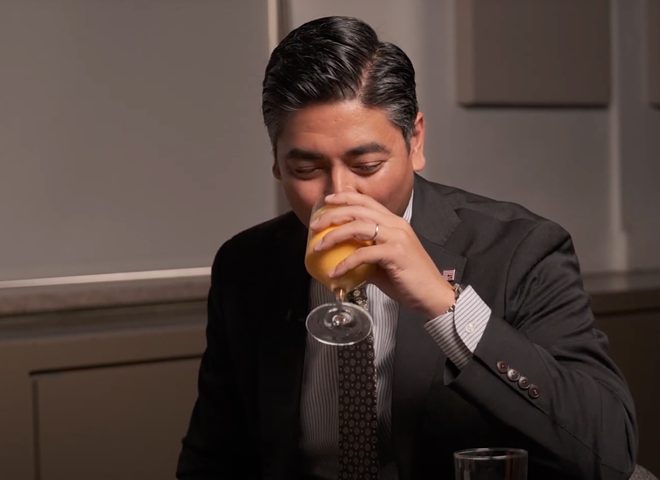 As Asian/Pacific Heritage Month draws to a close, Cincinnati Mayor Aftab Pureval is spicing things up.

"I am half-Tibetan, half-Punjabi, so it [his spice tolerance] should be extraordinary, but but unfortunately, I'm going to manage expectations and say I'm, like, an average spice eater," Pureval tells Burke before they dig in, adding that he typically orders food at level three on Krishna's six levels of heat.

On Pureval's menu:
Pureval couldn't handle his mouth on fire, but between gulps of water and mango lassi, Pureval – who is on Gold House's 2022 list of 100 Asians and Pacific Islanders making a big impact on the world and is Cincinnati's first Asian-American mayor – squeaked out some choice info. A few nuggets:

Pureval points out that Cincinnati has a plethora of great Asian restaurants, but he notes that he and his family have become regulars at Krishna.

"It's a very, very small restaurant that uses heavy cream in almost all of their dishes, so I wouldn't say it's healthy but it is great comfort food," Pureval says. "And it's also relatively affordable. When I was a law student, it's physically located right across from the law school, and so I would go there, get a relatively affordable meal. The portions are enormous, so you get filled up."

But the restaurant also feels personal to Pureval.

"And it reminded me of home," he says. "It reminds me of my mom and dad's cooking from when I was growing up."

Burke brings up that in many Asian families, food is a "love language" (the way in which someone expresses love or receives love). Pureval shares that he loves Thanksgiving but also says that he needs daily affirmation from his wife Dr. Whitney Whitis to be at his best.

"By the way, my love language is words of affirmation, so I demand that my wife tell me that she loves me every day, which annoys her to the Nth degree," Pureval reveals. "And her love language is acts of service, so really she just wants me to do laundry every day." 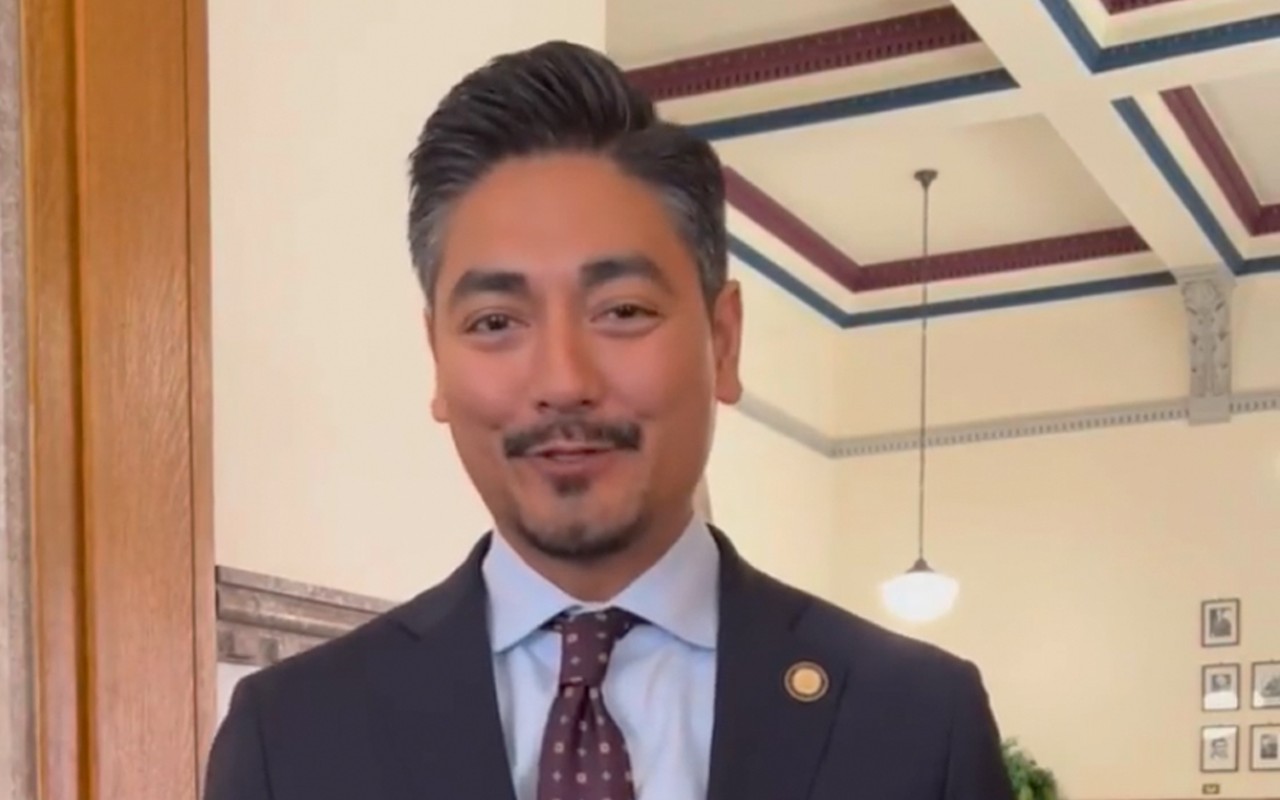 Cincinnati Mayor Aftab Pureval Named One of 2022's 100 Most Impactful Asian and Pacific Islanders by National Group: Pureval joins the likes of The Rock, Mindy Kaling and Simu Liu on the annual A100 List


Pureval then reflects on both of his parents sharing responsibility in the kitchen, making food from across Asia, including for Thanksgiving (his mother would buy a turkey, but the rest of the meal was stir-fry and curries, he says).

"What struck me as I think back upon it, when I was a kid I thought it was kind of normal... I thought it was an everyday experience for everyone that they would be eating those kinds of foods at home," Pureval says. "It wasn't until I was older that I recognized that that was unique to my own experience."

"It was kind of like growing up in a fusion restaurant," he adds, saying that he now shares those food traditions with his own children.


3. Pureval develops empathy from being viewed as an "outsider."

Burke notes that Pureval grew up in Beavercreek, a Dayton suburb that she says has an Asian population of just over 6% today (Pureval: "In the '80s and '90s, it did not feel like 6%."). He says that as someone of Punjabi and Tibetan descent, he didn't feel like he fit in anywhere as a kid.

"I didn't fit in amongst the Indian community because I don't necessarily look entirely Indian. There is no Tibetan community to speak of – my observation is I've never met a Tibetan woman I wasn't related to. And in the larger white community, I was kind of considered an 'other,'" Pureval says. "And so that was a really difficult time for me growing up, not having that kind of permanent community and stable identity."

But, like other people who have identities rooted in marginalized communities, Pureval says he has had to find ways to build connections somehow.

"Now looking back on it, I think what it forced me to do as a child and what I use even now as an adult is kind of constantly making people comfortable with who I am, with my ethnicity and with my background. And that has forced me to be much more empathetic than maybe different experience would have caused," Pureval says.


4. Pureval's heritage shines through in his children's names.

Pureval says that his full name – Aftab Karma Singh Pureval – has significant meaning within his family.  Aftab is Persian for "sunshine," and Karma is Tibetan for "fate." Singh, he says, means "lion" and comes from his from father's religion Sikhism, in which all boys have a middle name of Singh. Pureval is a reference to his paternal ancestors' farming village in Punjab, India, he says. Pureval says one of his son Bodhi's middle names is Singh, while Ramis – who is about a month and a half old – uses Karma. 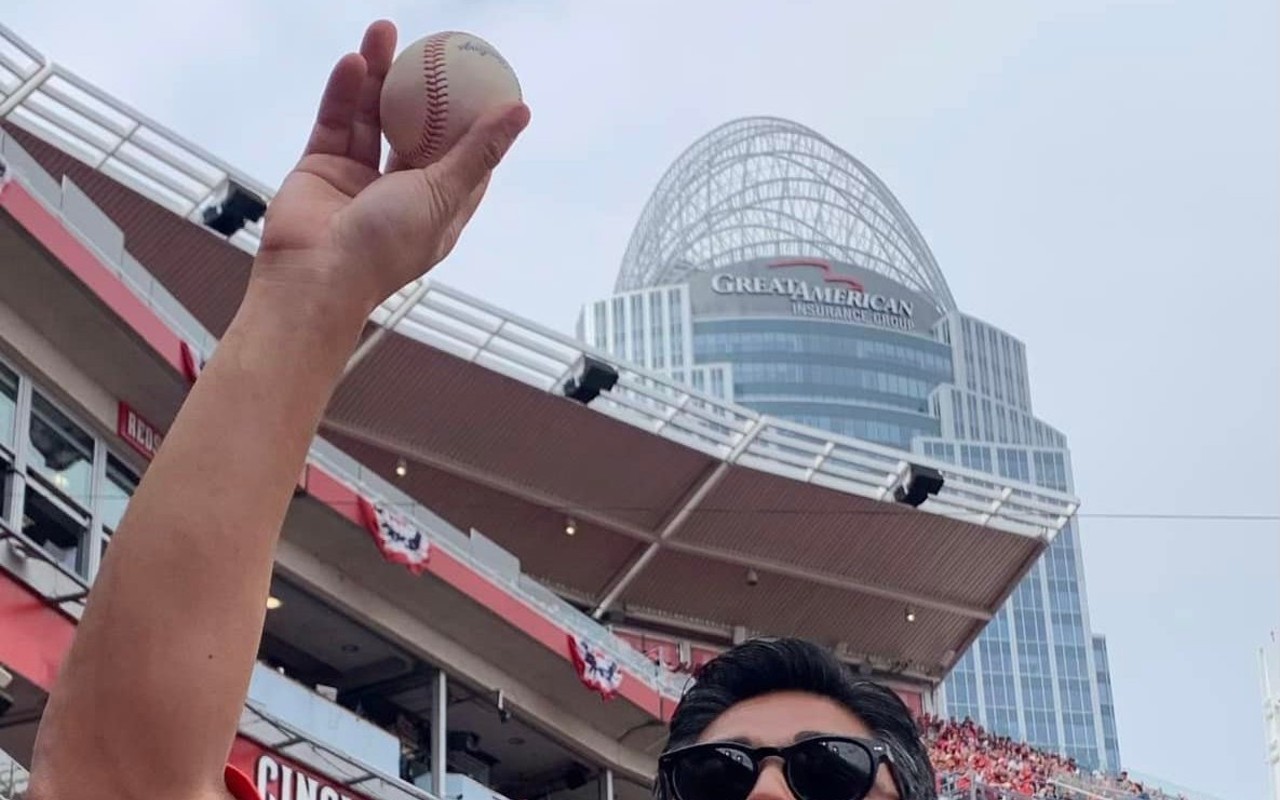 Cincinnati Mayor Aftab Pureval to Take Two-Week Paternity Leave After Birth of Second Child: "It is important to me to set an example for other expectant fathers," Pureval says.


"Names are incredibly important as cultural identifiers, and so I'm trying to celebrate all of my cultures in my children," Pureval says.

Pureval says that his chosen anglicized pronunciation of his name – af-tab pyur-vol instead of ahf-tahb per-e-vol – has gotten him some disappointment from South Asians. But a name is "intensely personal" he says, noting that local people of Chinese descent often have both a Chinese name and an American name.

"No one can really understand what your personal experiences are as a person of color or as a person with a unique ethnic background growing up in a part of the country you're growing up in," Pureval says. "I'm incredibly proud of being half-Tibetan and half-Punjabi. It's not an issue of me being ashamed or of hiding anything. It's really just an issue of trying to navigate this corner of the community that I live and am expected to lead in."


5. Pureval welcomes questions about his ethnicity – but pose them thoughtfully and sincerely.

Pureval says that his name made (and still makes) him a target for insulting questions about his background and his place in the United States. Like many non-white people, Pureval has had to navigate "Where are you from?" while being thrust into the "model minority" and "permanent foreigner" tropes. He says he welcomes people asking about his heritage and thinks that many aren't trying to be offensive with their wording. But he does have a limit, understandably.

"As I got older, I got less and less patient and accommodating with folks, and so I would legitimately answer the question. This is so childish, but someone would ask me 'Where are you from?' and I would say, 'I grew up just outside of Dayton.' And they'd say, 'No, no, where are you really from?' and I'd say, 'Well, I grew up in Beavercreek,'" he says. "And then they would start getting angry with me because I wasn't answering their question. So then they would [say], 'Well what's your nationality?' And that's even dumber of a question; I was born in Beavercreek, so I'm an American. And then they would get frustrated and say, 'You know what I'm asking you.' So not only is the question offensive, but a lot of people will  get impatient if I didn't do the work for them." 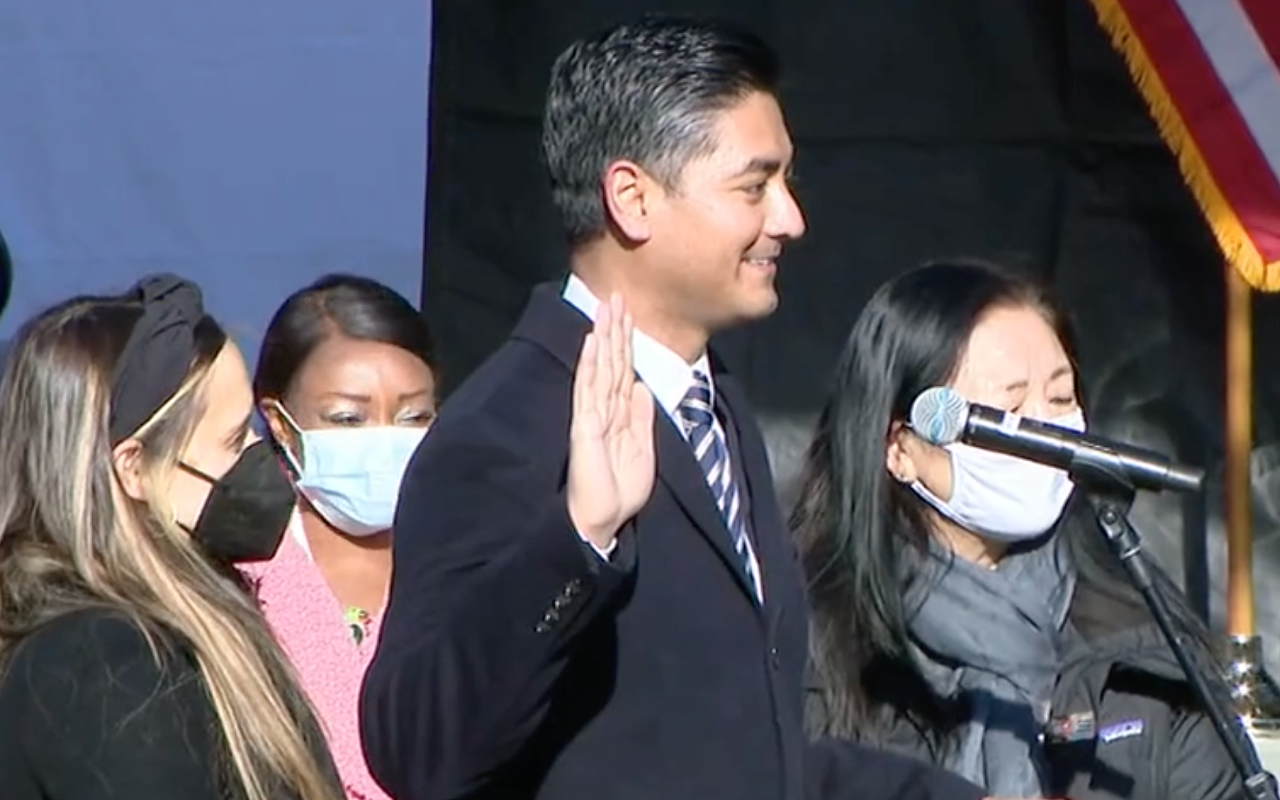 
But Pureval recognizes that his young sons may face challenges, too, even as they grow up in a world that theoretically embraces more people of multi-racial heritage (Burke notes a Pew Research Center study that says one of five Americans will be considered multiracial by 2050). He and Whitis collaborated on names for their children that bridge both of their parents' ethnicities (Whitis is white). That's something he says his parents didn't think through for him and his brother, as they were busy providing for the family and trying to "assimilate," themselves, as first-generation residents.

"My wife and I are differently situated because we were born in this country, we're from this country, and so I'm hoping to parent my children in a way that feeds their soul and feeds their identity," Pureval says.

With his mouth on fire thanks to chicken tikka masala at level five, Pureval chuckles when Burke asks him about a photo that he'd posted to Instagram, featuring him holding a flag and greeting children during the Cincinnati Reds' opening day parade in April. He then reveals that he's a fan of Michael Jordan's enduring line of sneakers, particularly the Jordan 11 and Jordan 1. Pureval says that a Cincinnatian designed the Rebellionaire, the name for the Jordan 1 that he's wearing in the photo.

"I am, self-admittedly, a sneakerhead," Pureval says. "It [the Rebellionaire] was designed by a Cincinnati sneaker designer, and there were only eight stores in the entire country that this shoe dropped in, and Corporate here in Cincinnati was one of those eight stores," Pureval says. "And Corporate didn't just get the shoe and sell them to the community; they used this as an opportunity to drive service. So I was really proud to get a pair of these, to lift up Corporate, lift up our local talent who's designing shoes, and of course, I think they're incredible-looking Jordans.

Pureval also says he's proud to own a custom Cincinnati Bengals bomber jacket designed by Means Cameron of BlaCk OWned Outerwear in downtown. He saw the Bengals' Super Bowl LVI run "as an opportunity to brag about our city" and says commissioned Cameron to whip up something he could wear to the big game in Los Angeles.

"I'm incredibly grateful for the opportunity to have a custom piece by Means Cameron and to use every opportunity to lift up our Black-owned businesses here in Cincinnati. It was a real treat," Pureval says.