For three decades, the Wallflowers have been a jammy roots rock powerhouse, with Jakob Dylan himself a compelling songwriter and frontman. 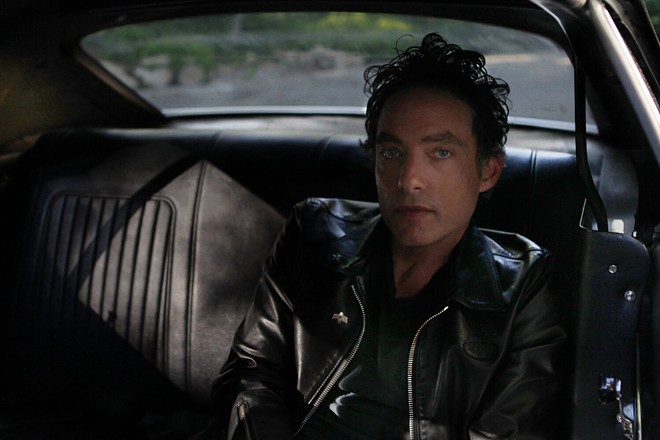 If you think it's intimidating being compared to Bob Dylan, imagine being born with his face, voice and name.

The sound of critics sharpening their knives was deafening in 1992 when Bob’s son, Jakob Dylan, released his eponymous debut album with the Wallflowers, but those critical knives were sheathed when Dylan’s band proved to be a jammy roots rock powerhouse and Dylan himself a compelling songwriter and frontman.

The band’s 1996 sophomore album Bringing Down the Horse yielded the song “One Headlight,” which earned the Wallflowers a Grammy win for Best Rock Performance by a Duo or Group with Vocal.

Over the subsequent three decades, the Wallflowers has been a revolving cast of amazing talent with Dylan at its sporadic core. Although the band was shuttered for a spell while Dylan explored a solo direction, he has noted in interviews that the Wallflowers and his solo work are separated only by his sonic choices in the studio and the songs he brings to each project. The band, regardless of personnel, is reflective of his creative identity, he’s said.

Last year saw the release of the Wallflowers’ seventh album, the much lauded Exit Wounds, but the tour joined the sad roll call of COVID
postponements until 2022. The band’s full set list typically has featured a half-dozen songs from Exit Wounds; beyond that, it’s slanted heavily
toward Bringing Down the Horse and its follow-up, 2000’s (Breach), along with tracks from 2005’s Rebel, Sweetheart, a song from Dylan’s solo catalog and a couple of Tom Petty covers. The homage to Petty is not surprising, considering Mike Campbell is a former member of Tom Petty and the Heartbreakers and filled in on guitar during the Bringing Down the Horse sessions.

The current touring version of the Wallflowers is a stacked deck of familiar names, including longtime live guitarist Stanton Edward Adcock and three of Dylan’s studio compatriots from Exit Wounds: bassist Wijnand (“Whynot”) Jansveld, keyboardist Aaron Embry and drummer Mark Stepro. Rounding out the band is guitarist/pedal-and-lap steel master Ben Peeler, whose association with Dylan and the band goes back to 2002’s Red Letter Days. But, as Dylan has so definitively pointed out, no matter who stands on the stage or in the studio, as long as he commands the space, it’s the Wallflowers.

The Wallflowers play Ludlow Garage at 8 p.m. Aug. 23. Doors open at 7 p.m. There are no COVID-19 protocols in place for the event. Info: ludlowgaragecincinnati.com.