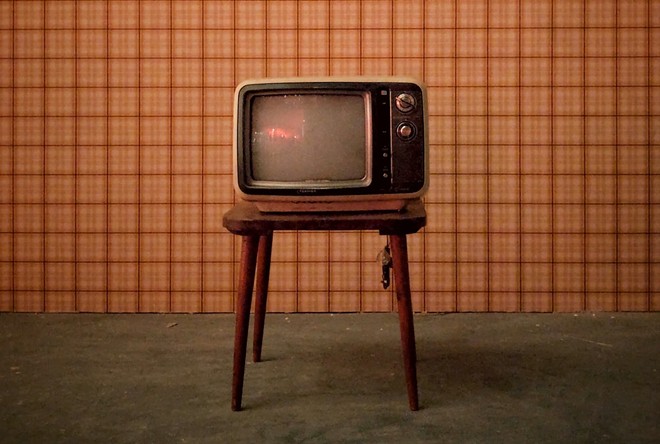 It's been a bangin' sports week for Cincinnati, with back-to-back Bengals wins and FC Cincinnati's TQL Stadium being called the best in the world. But of course, it's election season, and you know what that means: never-ending attack ads. Catch up on the big headlines below.

Hamilton County Judge Puts Ohio Abortion Ban on Two-Week Hold Once Again
Judge Christian Jenkins pushed Ohio's abortion-ban laws back another two weeks in a ruling in Hamilton County on Sept. 27. The ACLU is representing abortion clinics hoping to get bans permanently invalidated in  a lawsuit. The judge issued a one-paragraph decision, saying the ruling would “provide adequate time for counsel for the parties to conduct expedited discovery and prepare for the preliminary injunction hearing.” Read CityBeat's story about how long the pause is in place and what happens next.

New Ad Demands Ohio Attorney General Dave Yost Apologize to Child Rape Victim: 'Dave Yost, You Disgust Me'
Jeff Crossman's ad against election opponent and current attorney general AG Dave Yost focuses on Yost's remarks about a 10-year-old rape victim who was forced to leave Ohio to obtain abortion care. "Dave Yost, you disgust me," a Northeast Ohio woman named "Geri" says in the ad. "When a 10-year-old was raped and impregnated, Yost went on national TV and called it a hoax? I am a grandmother and I have a 10-year-old granddaughter." Read CityBeat's story about Yost's comments and watch the ad.

Cincinnati Republican Steve Chabot Is Watching You Fuck, According to Ad
It's definitely election-ad season. A Democrat-supporting Super PAC has launched ads targeting a handful of right-wing Republicans who have signaled an intent to prohibit contraceptives, including U.S. Rep. Steve Chabot, who represents the 1st Congressional District that encompasses much of Cincinnati. In the ad, a man and woman are passionately kissing in bed, wearing only their underwear. But they soon realize they have a creepy Republican visitor who wants to cancel condoms. Read CityBeat's story about Chabot's voting record on reproductive rights and watch the ad.

Trans Homecoming Princess at Cincinnati's Mariemont High School Advocates for Herself and Trans Youth
Cassie Steiner, a 15-year-old trans sophomore, received a call on Sept. 27 with the wonderful news that she was voted in by her peers as homecoming princess at Mariemont High School. Less than 24 hours later, a second call came in letting the Steiner family know that a portion of the vote had been fueled by some mean-spirited peers. Read CityBeat's story about how Steiner used her platform to benefit others.

Terrace Plaza Hotel Sold to Indianapolis-Based Developer for $10 Million
A Cincinnati skyscraper with a storied past has finally been sold after months of legal battles and other setbacks. On Sept. 19, the Terrace Plaza property in Downtown finally was sold to Cincinnati Development III LLC, according to a report from the Hamilton County Auditor's office. Cincinnati Development III LLC is an affiliate company belonging to Anthony Birkla of Indianapolis-based Birkla Investment Group. Read CityBeat's story about the sale as well as the designer behind the avant-garde look of the Terrace Plaza Hotel.

Scientists are Developing a Face Mask That Can Sense Airborne Viruses
Researcher Yin Fang and his colleagues designed a special sensor that reacts to the presence of certain viral proteins in the air and attached it to a face mask. The team then spritzed droplets containing proteins produced by the viruses that cause COVID-19, bird flu or swine flu into a chamber with the mask. The sensor could detect just a fraction of a microliter of these proteins — a cough might contain 10 to 80 times as much. Read CityBeat's story about the development that could be a game-changer as the COVID-19 pandemic continues.

Cincinnati Bengals Make History Twice with Big Win over Miami Dolphins
The Cincinnati Bengals are officially on a roll. The Bengals clobbered the Miami Dolphins 27-15 in front of 67,260 fans on Sept. 29 at Paycor Stadium – the team's largest crowd in history. And in a second milestone for the history books, the Bengals did it while wearing white helmets for the first time ever during a "Thursday Night Football" national broadcast. Read CityBeat's recap of the game and what Bengals players said about the massive crowd.

TQL Stadium Named Best in the World
TQL Stadium is less than two years old, but it already has had some impressive moments. The most recent? Being named the best venue in the entire world. Read CityBeat's story about what judges said about the venue at the World Football Summit on Sept. 28, plus reminisce about the stadium's big milestones.

Jeff Ruby's Downtown Steakhouse is Relocating to The Foundry
Jeff Ruby’s Steakhouse is preparing to serve its final dinner in its flagship location at 700 Walnut St. The award-winning Cincinnati eatery is relocating to the Foundry in Fountain Square. The new location will open its doors on Oct. 8. Read CityBeat's story about what's next for the original property.