Narcan and fentanyl test strips are free and legal to carry in Ohio. 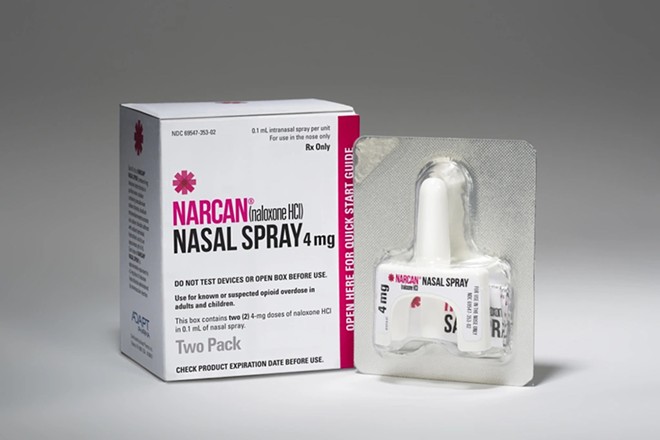 Photo: Provided by Harm Reduction Ohio
Harm Reduction advocates say Narcan can save lives and is harmless, even in the event someone is not actually overdosing.

HCPH and the Hamilton County Addition Response Coalition sent out an alert on Oct. 6 saying the number of overdoses since Sept. 30 indicate "some abnormal changes in overdose related activity causing suspicion for high levels of fentanyl in the drug supply."

The county agency reports there were 16 overdose deaths between Sept. 30 and Oct. 5. More than a dozen others were admitted to emergency departments for overdoses on Oct. 4 and 5 alone.


"FENTANYL MAY BE IN YOUR DRUG SUPPLY!" the Oct. 6 alert reads. "Drugs such as cocaine, crack cocaine and methamphetamine likely contain fentanyl, the drug that can cause overdose and death. A high supply of fentanyl puts all users at risk. WE HAVE SEEN MULTIPLE DEATHS IN PEOPLE USING DRUGS OTHER THAN OPIOIDS."

Hamilton County may not be the only region experiencing a spike in overdose risk. Data for 2022 is still rolling in, but Harm Reduction Ohio reports Butler County is No. 15 in the state for counties with the highest drug overdose rate this year.


How to protect yourself from an overdose

HCPH offers harm reduction supplies through its website, including Narcan and strips to test your drugs for fentanyl. Narcan is a brand name of naloxone, a medication used to treat opioid emergencies.


"We want to ensure that people know that help is available, Narcan is accessible, and safe injection supplies are available," Mike Samet of HCPH says in the Oct. 6 alert.


Fentanyl is tasteless and colorless, with no smell or discernible features. According to Harm Reduction Ohio, a nonprofit that tracks Ohio drug data, 35.9% of Ohio’s illicit drugs contained fentanyl in the last quarter of 2021. Harm Reduction Ohio says around 5,300 Ohioans died of an overdose in 2021, and 1,497 of those deaths were cocaine related. Data from the Ohio Department of Health on mortality shows that at least 1,083 of those cocaine deaths were caused by laced fentanyl. 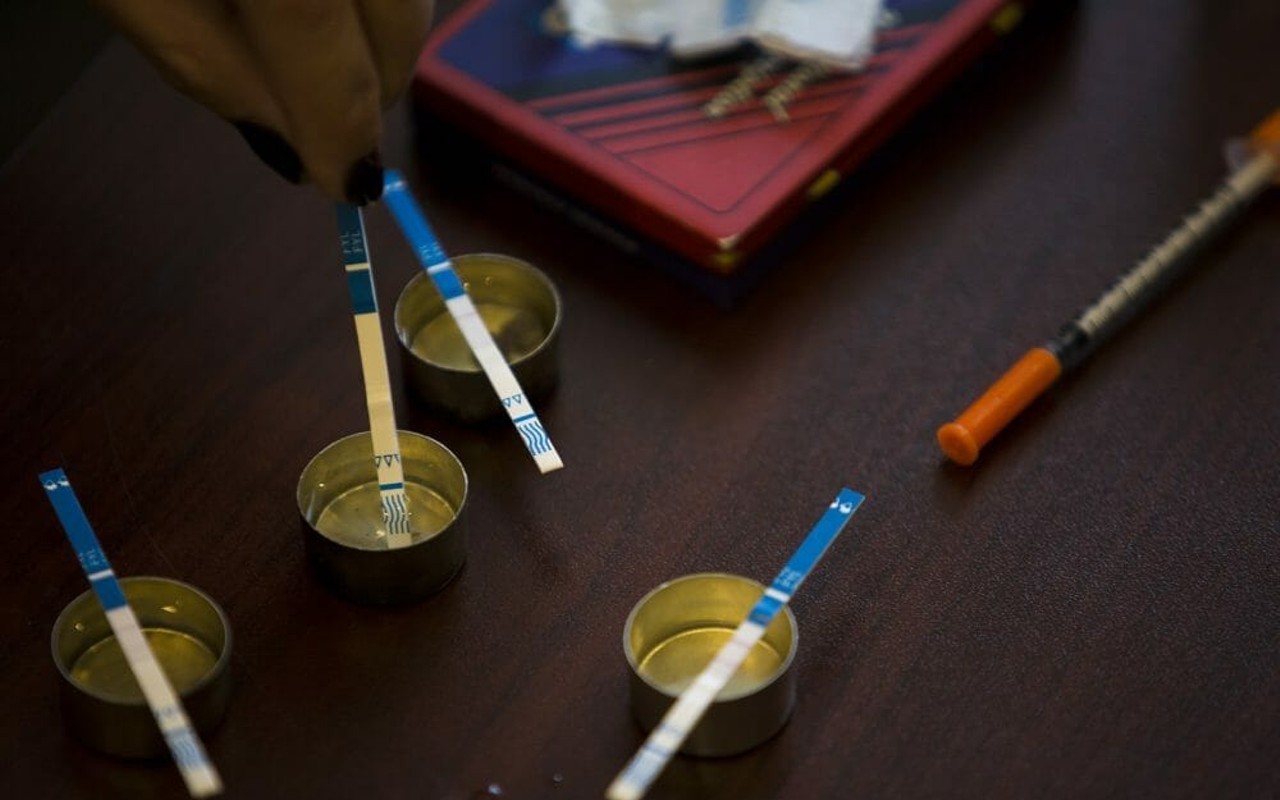 The standard protocol to test a batch of drugs for fentanyl involves dissolving a small amount of the drug in water and dipping a detection strip into it for 15 seconds. The strip then is placed on a flat surface for five minutes, when colored lines will indicate whether or not fentanyl is present. Typically, one line indicates that there is fentanyl in the drug and two lines means there isn’t, but packaging will show instructions and how to determine if the test was valid.

Harm Reduction Ohio also supplies fentanyl test strips and Narcan for free. Those interested in ordering supplies must watch a training video on using Narcan, which advocates say is harmless even in the event someone is not actually overdosing. You also can call HCPH for harm reduction supplies at 513-316-7725.