Trash Talk is also going a step beyond the standard exhibit by serving as a fundraiser for local environmental organizations.

Trash is everywhere. Literal garbage litters the streets and sidewalks. Metaphorical trash makes up much of the content flooding news channels and phone screens.

In its upcoming exhibit Trash Talk, Studio Kroner is putting this trash in the spotlight, and examining how it threatens our future. The exhibit will feature works by studio founder Paul Kroner and Northern Kentucky-based artist Devan Horton.

The two artists had been working on their own trash-related works separately. When Kroner reconnected with Horton at a show at Clifton Cultural Arts Center, he realized it was the perfect fit.

“Neither one of us are necessarily painting pretty things,” Kroner tells CityBeat. “I get very excited about that kind of possibility, of trying to go, OK where’s the deviation? How do we create conversation? How do we use art to explore difficult topics?”

In addition to curating more traditional exhibits, Kroner likes to use the space to engage audiences with difficult topics. Earlier this year, he hosted a month-long exhibit and program called All Else Pales. In addition to highlighting visual art, poetry and theater focused on the causes and effects of climate change, the exhibit included educational talks by scientists.

Trash Talk is going a step beyond the standard exhibit by serving as a fundraiser for local environmental organizations.

“Hopefully our work in that space can matter,” Kroner says.

“There are so many people in our news feeds every day who are just like, ‘blablabla,’ spewing forth a lot of untruths and things that I feel are really threatening to our culture and democracy,” Kroner says. “I really have this idea that these people are wanting to send us back to a black-and-white timeframe, which is why they’re in black and white.”

Kroner says that he chose to paint these portraits on a medium that’s meant to be thrown away, with the message being that their untruths will ultimately end up in the trash, too.

“This is my hope, is that they’re here but they’re very ephemeral, like the packages we get delivered to us,” he says.

Horton’s series “Penchant” makes up the other half of Trash Talk. In these works, Horton paints towers of trash in order to call attention to the problem of waste.

“They’re all pure trash,” Horton says. “I purposefully took away everything that was living. Because, you know, trash surrounds us. It's everywhere.”

In college, Horton’s work focused on swarms and hive minds, so she frequented the woods seeking subjects to paint. But all she ever seemed to find was a shocking amount of trash. Horton hopes that her series will get more people to confront the severity of the problem, and consider how they might adjust their own consumer waste.

“Trash is obviously not the number one contributor for climate change, but to me it seems like the easiest one to fix, and something that we can do a lot about at an individual level,” Horton says. “I’m hoping to reach out to individuals. [...] Maybe they start analyzing the things they consume, maybe they just start recycling more.”

When it comes to recycling, both Horton and Kroner praise the Cincinnati Recycling & Reuse Hub.

“They can recycle anything,” Kroner says. “They’ll find a use for anything.” 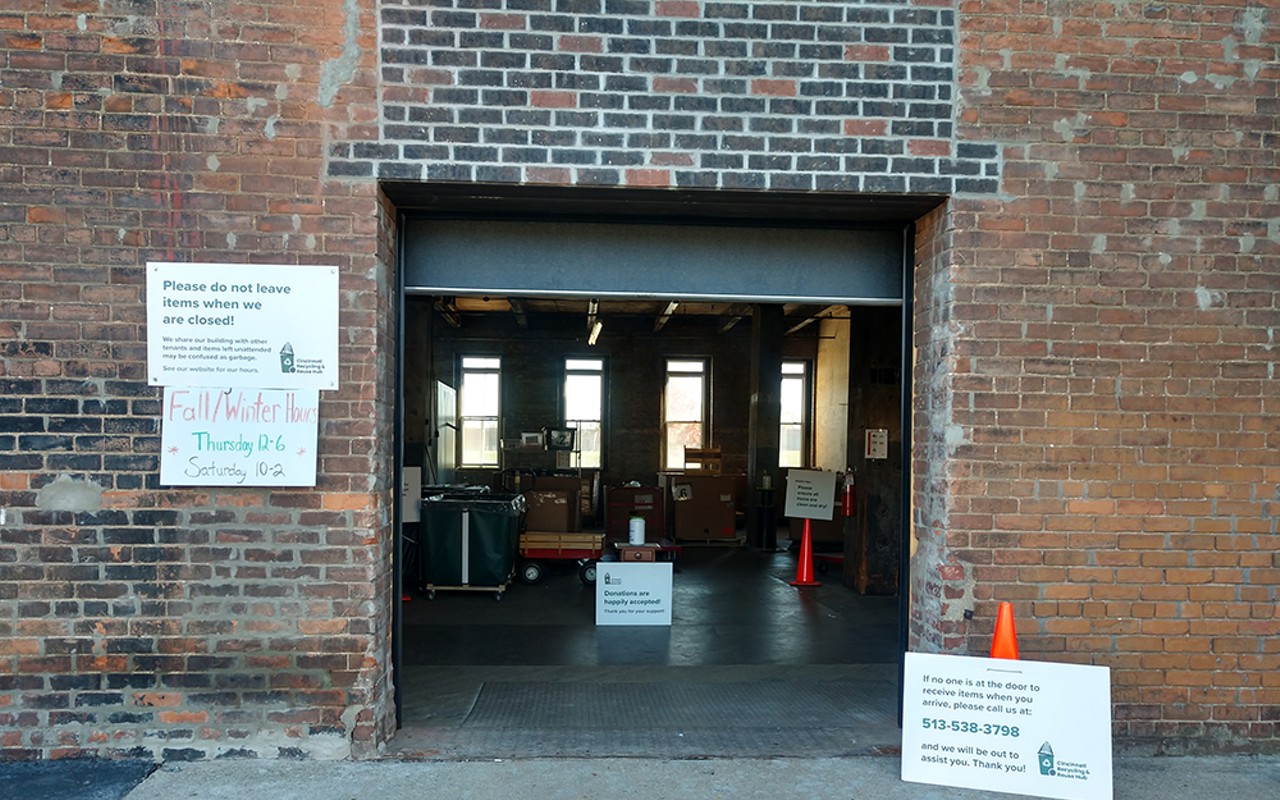 “[They] are actively trying to do really positive things in our community,” Kroner says.

Trash Talk opens at Studio Kroner (130 W. Court St., Downtown) on Nov. 1 and runs through Nov. 13. The gallery will be open 4-7 p.m. Tuesday through Friday and noon-5 p.m. Saturday and Sunday for the run of the show.