Fans can enjoy $2 hotdogs, soda and beer as the 'Clones take on the Iowa Heartlanders.

After a few months without ice time in front of a home audience, the Cincinnati Cyclones are eager to nab those goals at Heritage Bank Center.

Cincinnati's pro hockey team will entertain the masses with its 2022-2023 season home opener on Oct. 29. The puck drops at 7:30 p.m. as the Cyclones take on the Iowa Heartlanders. Fans can enjoy $2 hotdogs, soda and beer, and the first 5,000 through the doors will receive a team calendar.

The Cyclones opened the season on the road with two wins in a row, which may herald another winning season. The team kicks off 2022-2023 after a valiant run at the Kelly Cup. On May 3, the 'Clones entered the final game of the ECHL semi-finals for the Central division tied 3-3 with the Toledo Walleye, each looking to take the best-of-seven series. Ultimately, though, the 'Clones fell to the Walleye 4-2, ending Cincinnati's hopes for the Cup.

Before that, It had been three years since Cincinnati last saw Kelly Cup playoff action. The 'Clones have been crowned Kelly Cup champs twice in their history.

Tickets for all games are on sale on the Cincinnati Cyclones' website.

The Cyclones' 2022-2023 home promotions schedule is packed with the traditional cheap beer, jersey nights and bobblehead giveaways. But March 4 is the game animal lovers will want to mark on their calendars, because the Cincinnati Cyclones will become the Cincinnati Hippos for one game only. That night, the 'Clones... er, the Hippos... will partner with the Cincinnati Zoo for a game against the Indy Fuel. Players will wear Cincinnati Hippos specialty jerseys, and the night at Heritage Bank Arena is sure to bring other hippo-themed surprises. 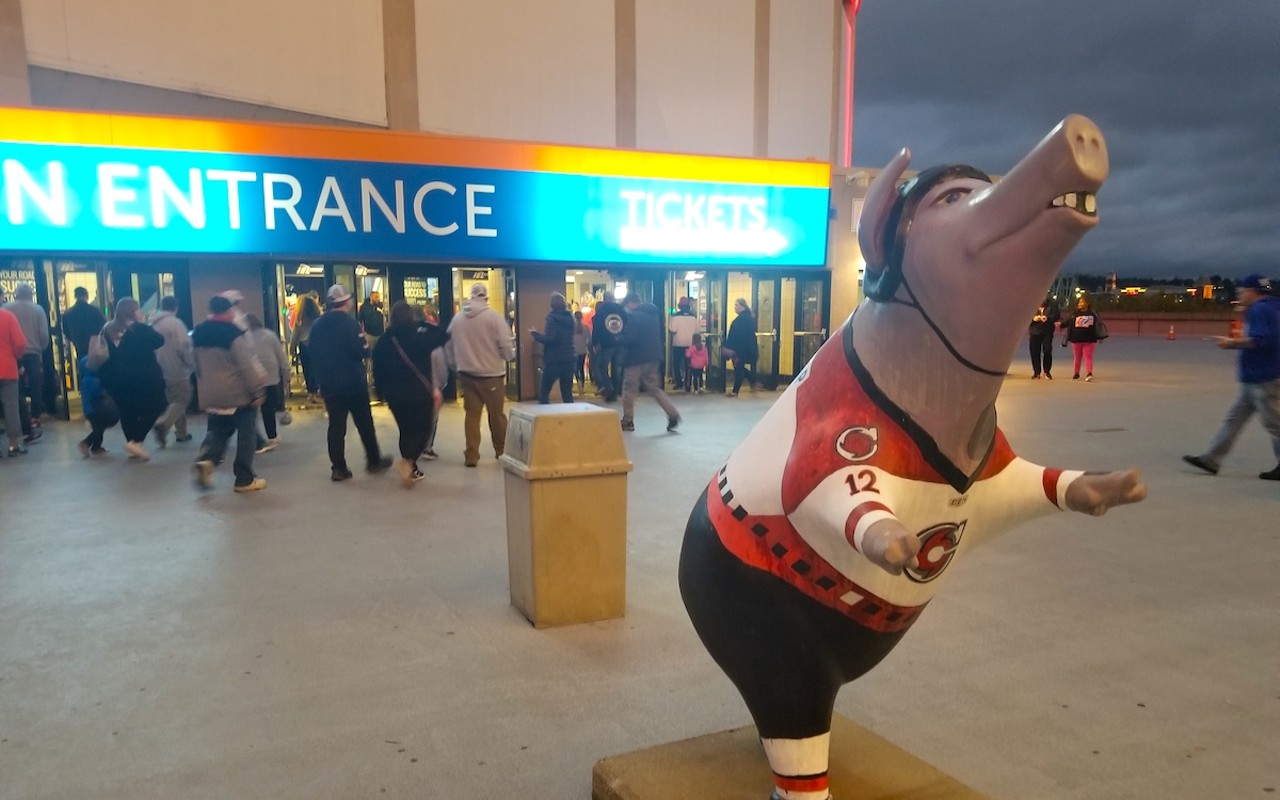 
Throughout the season, fans can load up on Puckchop snow globes, t-shirts, ice cream bowls, bobbleheads, pillows and more. There also will be games with indoor fireworks, dog-friendly activities, Marvel and DC comics characters and more.

And, of course, there are more than a dozen $2 beer nights and several $2 concession games.

The Cyclones' longtime tradition of dollar beers is gone. The $1 beer promotions have become $2 beer promotions, thanks in part to an overall rise in the cost of goods and services within the United States. Several games will feature $2 beer, hot dogs and soda, while others will stick to just the $2 beers.

Sean Lynn, director of marketing and public relations for the Cyclones and Heritage Bank Center, tells CityBeat that inflation finally caught up to the venue. 
"We introduced $1 beers in 2007 and held that price for nearly 15 years. While most things saw annual increases, we held the line and not many people can say that," Lynn says. "With the latest increases in cost of goods, fuel, and labor, we felt now was the proper time to make this change."