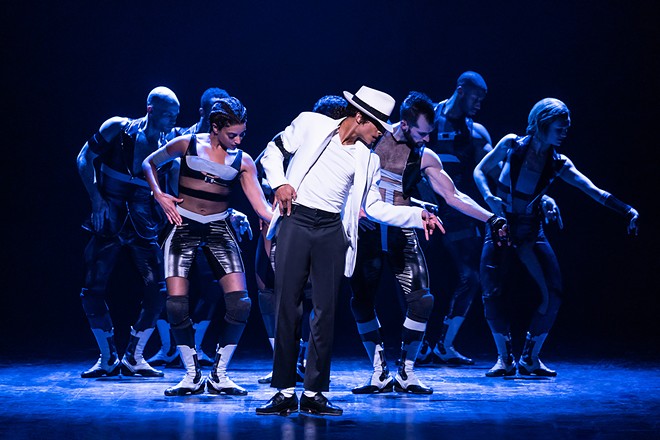 Broadway in Cincinnati is not quite halfway through its current season. A couple of big hits from the Great White Way are still on their way to the Aronoff Center, including two Best Musical Tony Award winners — Hadestown (April) and Moulin Rouge! The Musical (May). But the 2023-2024 season was just announced, with a line-up of eight more exciting, award-winning musicals between October 2023 and May 2024.

Up first next fall will be MJ (Sept. 5-17), telling the story of the renowned singer, songwriter and dancer Michael Jackson. A popular jukebox production, the show won four Tony Awards in 2022.

A month later, Girl from the North Country (Oct. 17-29) will show up. The script by respected Irish playwright Conor McPherson has woven 20 songs by Bob Dylan into a story set in Duluth, Minnesota, during the Great Depression. The Broadway cast featured two performers with Cincinnati roots: Todd Almond, a CCM grad who starred in several shows at Ensemble Theatre before moving to New York, and Kimber Elaybe Sprawl, an SCPA and CCM grad. No word as to whether they will tour.

Mrs. Doubtfire (Dec. 5-17) is about an out-of-work, divorced actor who poses as a Scottish nanny to be close to his kids. Based on the 1993 film starring Robin Williams, this show is a tuneful musical that will appeal to families.

Beetlejuice (Jan. 16-28, 2024) is another musical with cinematic roots. The 1988 film by Tim Burton about a manic, irreverent ghost that starred Michael Keaton has been turned into a show that’s true to its cheeky roots.

The season also includes Peter Pan (March 12-24, 2024), a legendary family favorite about the boy who won’t grow up, in a spectacular new production. Filling out the calendar are two one-week runs: Disney’s Aladdin (Nov. 14-19), a family-friendly production from the producer of The Lion King, and Clue (May 14-19, 2024), a laugh-out-loud whodunit inspired by the classic murder mystery board game in the style of the Knives Out films.