That's what Cincinnati Bengals fans were asking on Jan. 25, 2023, after the NFL and Associated Press released the list of finalists for Coach of the Year and Zac Taylor wasn't on it. Instead, Brian Daboll of the New York Giants, Sean McDermott of the Buffalo Bills, Doug Pederson of the Jacksonville Jaguars, Kyle Shanahan of the San Francisco 49ers or Nick Sirianni of the Philadelphia Eagles will be crowned the winner. According to reactions from Bengals fans on Twitter, Taylor had outcoached McDermott over the course of the season.

Taylor's first two seasons leading the Bengals was rocky, going 2-14 in 2019 and 4-11 in 2020 with no postseason games. But things turned around during the 2021 season, with a 10-7 regular-season record, AFC North division title, AFC conference title and coming just minutes away from the franchise's first Super Bowl win. This season, the team sits on a 12-4 regular season record and is heading to its first back-to-back AFC championship berth with the Kansas City Chiefs on Jan. 29.

Taylor and McDermott met twice in January in heightened circumstances. First, the Bengals and Bills had a regular-season clash in Cincy on Jan. 2. The Bengals were up 7-3 in the first quarter when Bills safety Damar Hamlin collapsed from cardiac arrest after a collision with Bengals wide receiver Tee Higgins. Hamlin was given CPR for nine minutes before being taken away in an ambulance and intubated at University of Cincinnati Medical Center. The NFL first suspended and then canceled that game after a meeting among officials and both teams' coaches. Hamlin continued recovering at UC Medical Center and recently returned to Buffalo, where he's been chatting with teammates and visiting the Bills' facilities. He has not yet been cleared to play.

Cincy and Buffalo battled again in the AFC divisional round on Jan. 22, with the Bengals winning 27-10. Bengals quarterback Joe Burrow threw 23 of 36 attempts for 242 yards and two touchdowns, while running back Joe Mixon had 105 yards on 20 carries, letting him join Cedric Benson and Ickey Woods in the small franchise club for 100+ yards in a postseason game. In the process, Mixon also notched his personal highest total yardage in any of the Bengals' postseason games. Meanwhile, wide receiver Ja'Marr Chase had his own memorable turn with 61 receiving yards despite nabbing a touchdown that officials later overturned. Cincinnati ultimately held the Bills to just 10 points – a season low for the Bills. Read CityBeat's recap of the Bengals' AFC divisional round with the Bills.

But the NFL didn't completely leave the Bengals out of awards season – Burrow is in the running for Most Valuable Player. Last season, Burrow nabbed the Comeback Player of the Year honor, while Chase earned Offensive Rookie of the Year.

That's not enough for Cincinnati fans who are calling foul on Taylor's exclusion from the COTY list. Scroll down to see the reactions and fuel your righteous Bengos anger.
Scroll down to view images

Call it bias, but Zac Taylor deserves COTY for MNF against the Bills alone. We all know the NFL looked down on him for that. He didn't have to walk across the field to SMD. He did the right thing, stood against machine (NFL), and it lost us the 2nd seed. And still beat BUF @ BUF.

My case for Zac Taylor being FUCKED on COTY:

Back to back AFC North Champions

Back to back AFC Championship games

“Toughest” schedule in the NFL

But yeah he isn’t a finalist. BS

Zac Taylor is the COY. Should be 2 years in a row. End of discussion.

So why wasn’t Zac Taylor in those discussions last year? Man is being completely overlooked and disrespected for what he’s done to change the culture in Cincy

Zac Taylor has had to craft (effective) gameplans in the playoffs without his starting tackles and a damn good right guard. That’s “Coach of the Year” quality-level coaching. #Respect 👍

Bengals always getting left out. How Zac Taylor isn’t a finalist is crazy.

LeBron James is the GOAT. That was the word on Twitter as the Ohio native broke Kareem Abdul-Jabbar's scoring record during the… 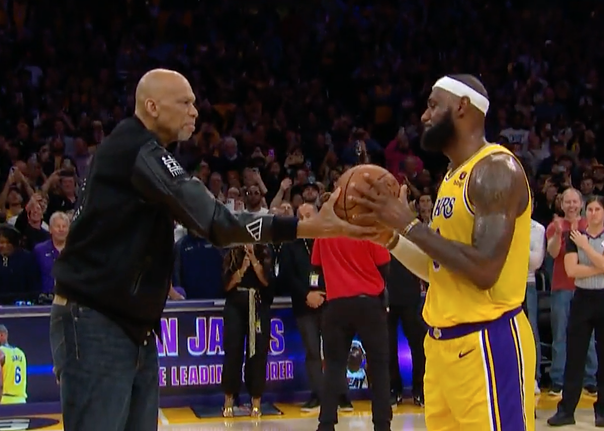