Everything We Ate at the de Cavel Family SIDS Foundation's Annual eat.play.give. Brunch

The de Cavel Family SIDS Foundation hosted its 16th-annual SIDS awareness brunch event — eat.play.give. — at the Midwest Culinary Institute at Cincinnati State over the weekend. It was a chance for attendees to eat and drink their way through food stations crafted by chefs from restaurants and epicurean destinations including Boca, Boomtown Biscuits & Whiskey, Fausto, Karrikin Spirits Co., Orchids at Palm Court, Mita’s and more. There were also cocktails, wine, a silent auction, kids’ activities and live entertainment. Jean-Robert de Cavel and his wife, Annette, started their foundation after losing four-month-old daughter Tatiana to Sudden Infant Death Syndrome (SIDS) in 2002. Since then, they have raised funds for SIDS research and education.
Scroll down to view images 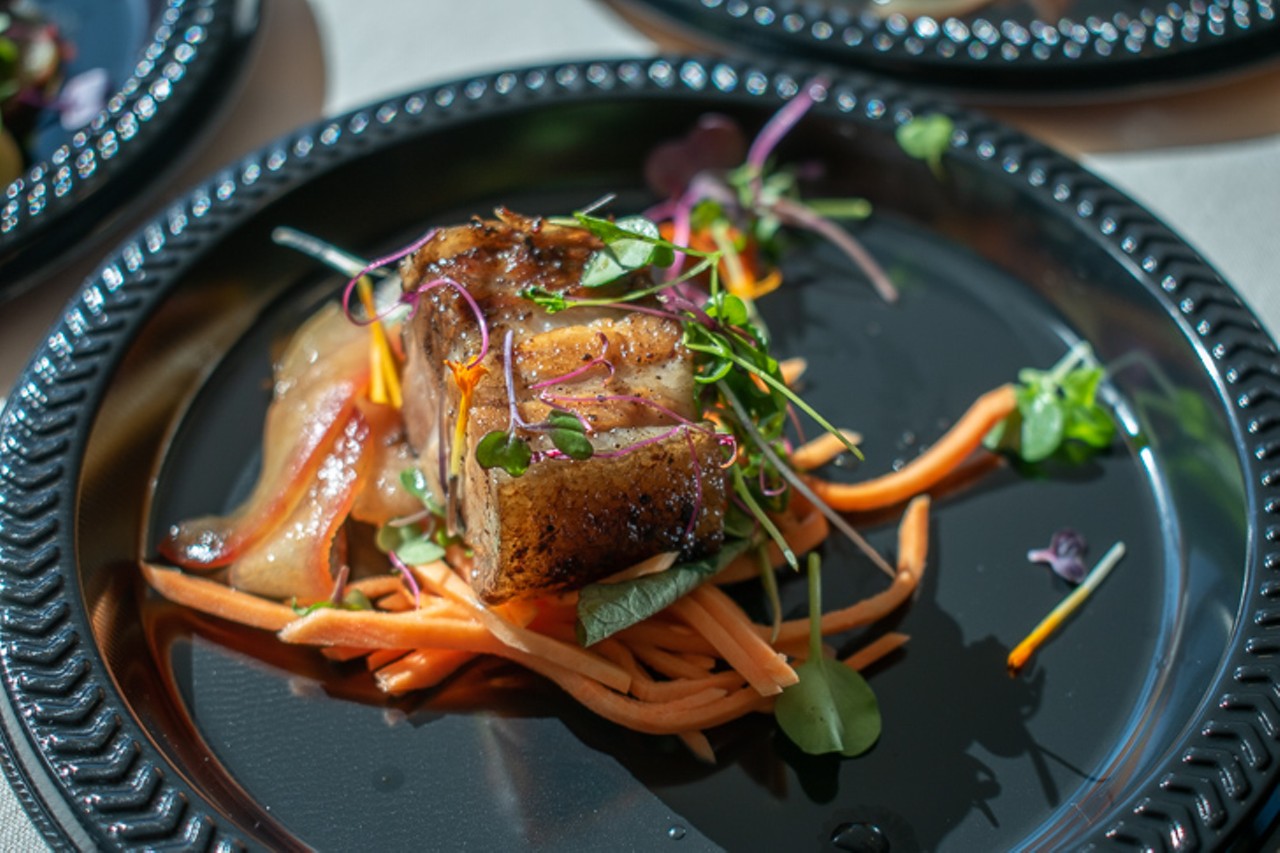 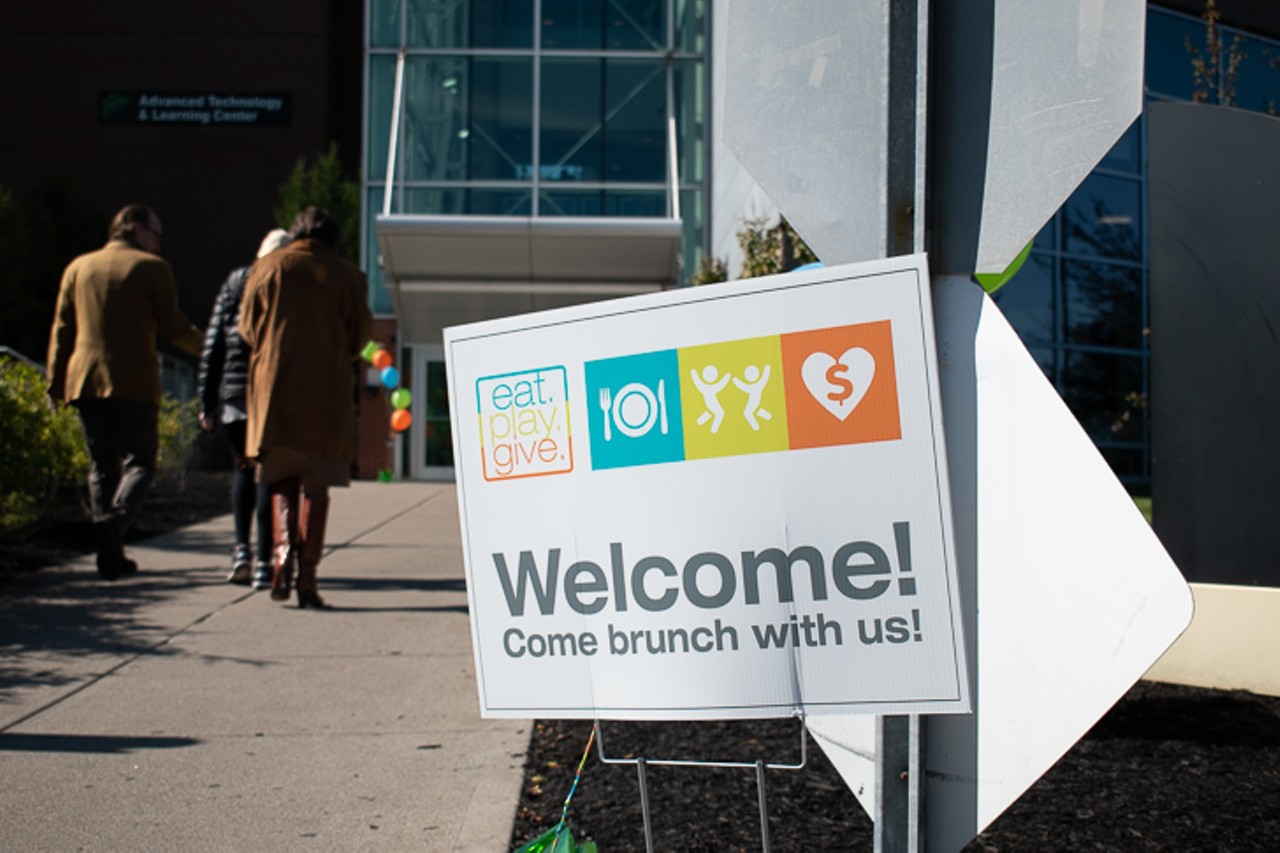 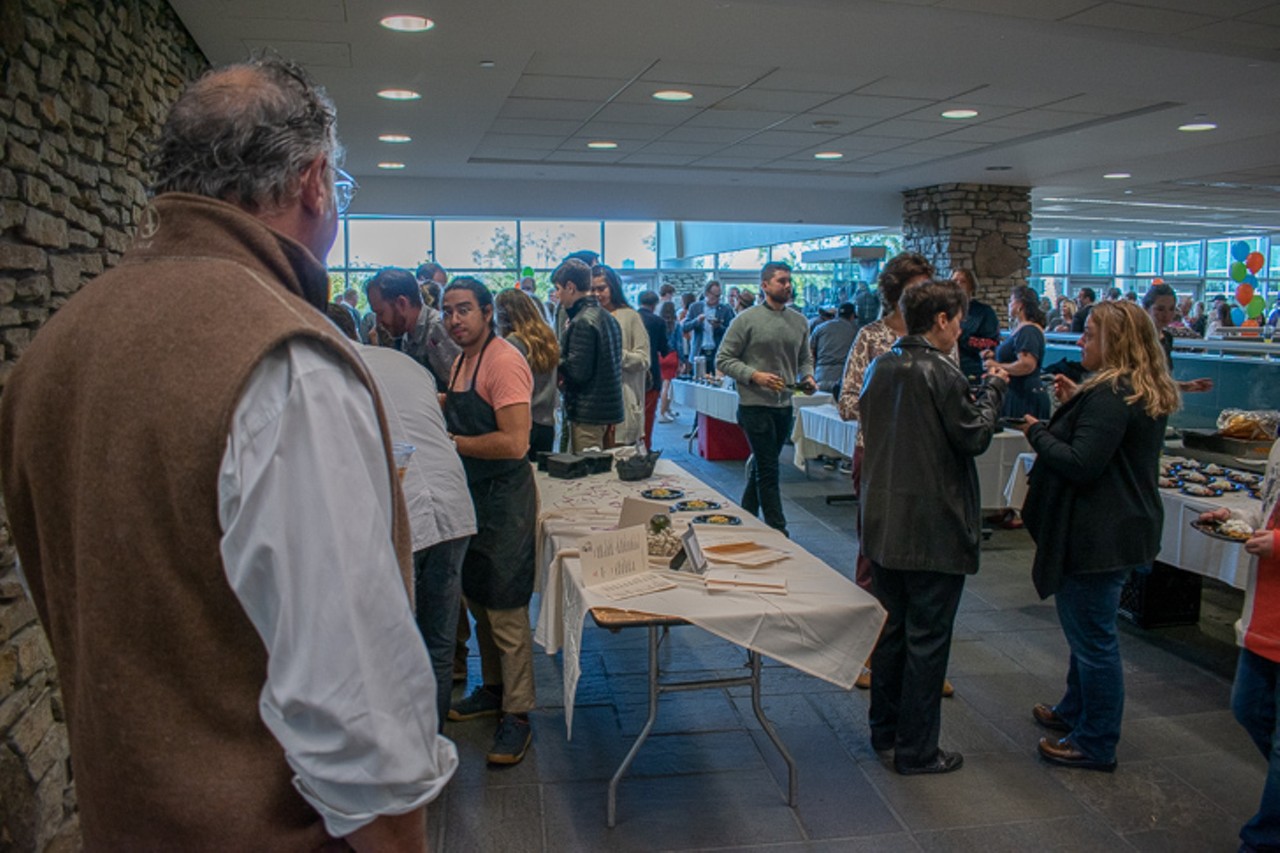 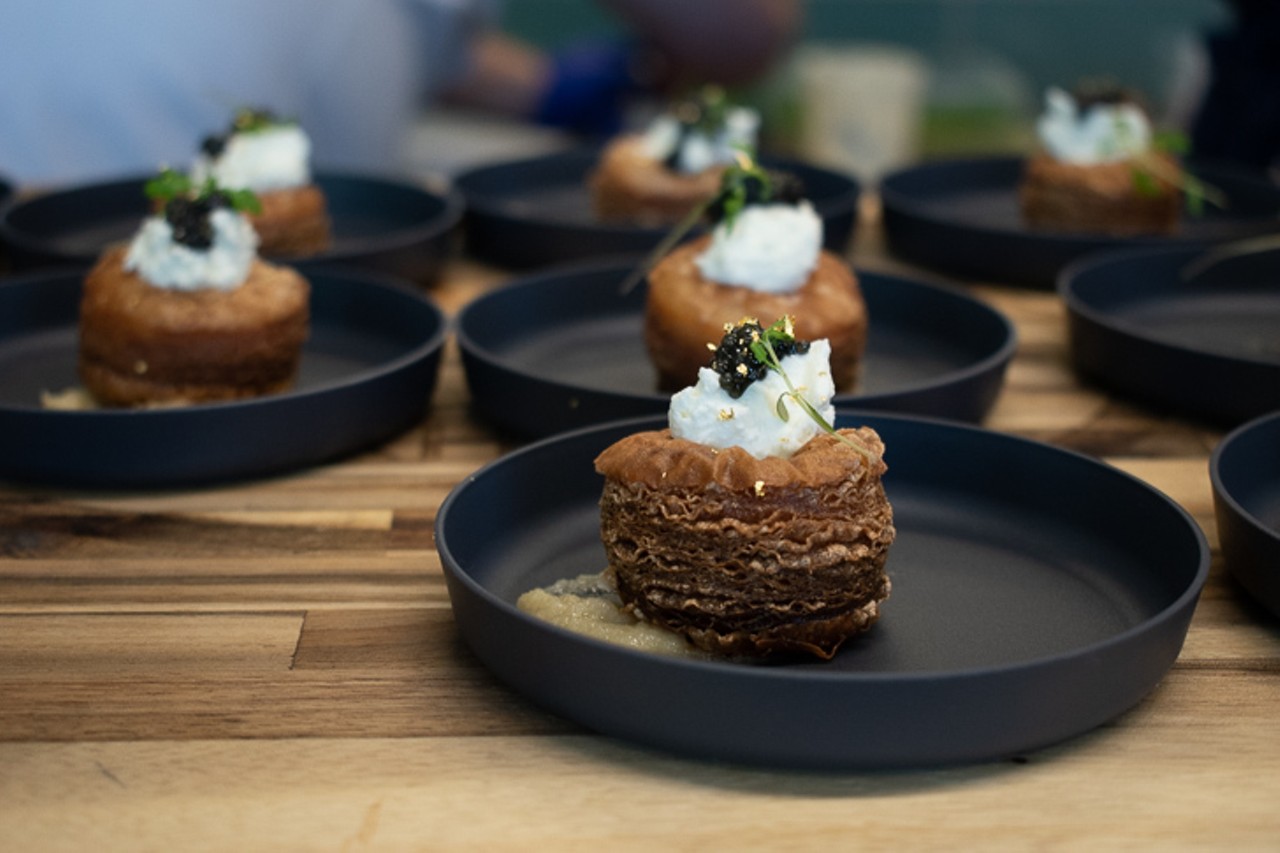 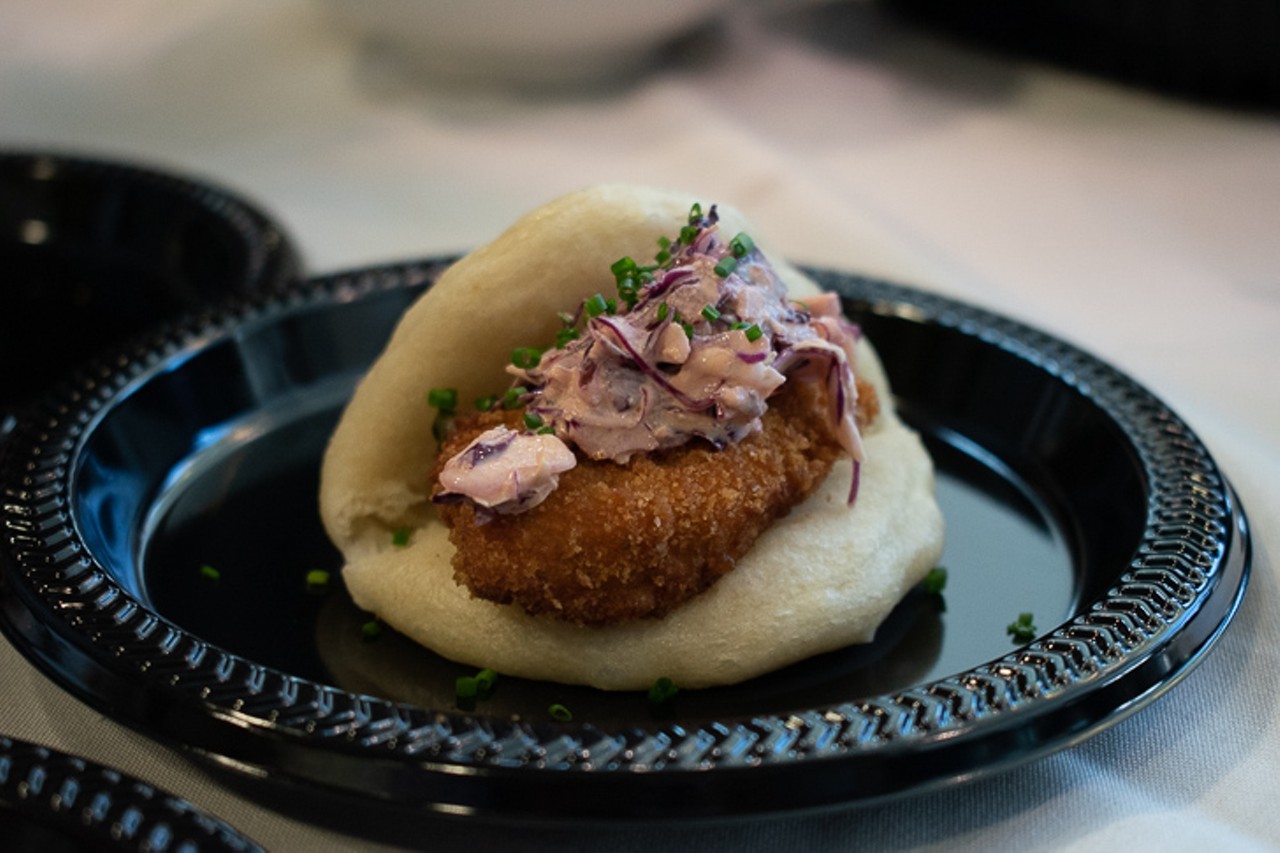 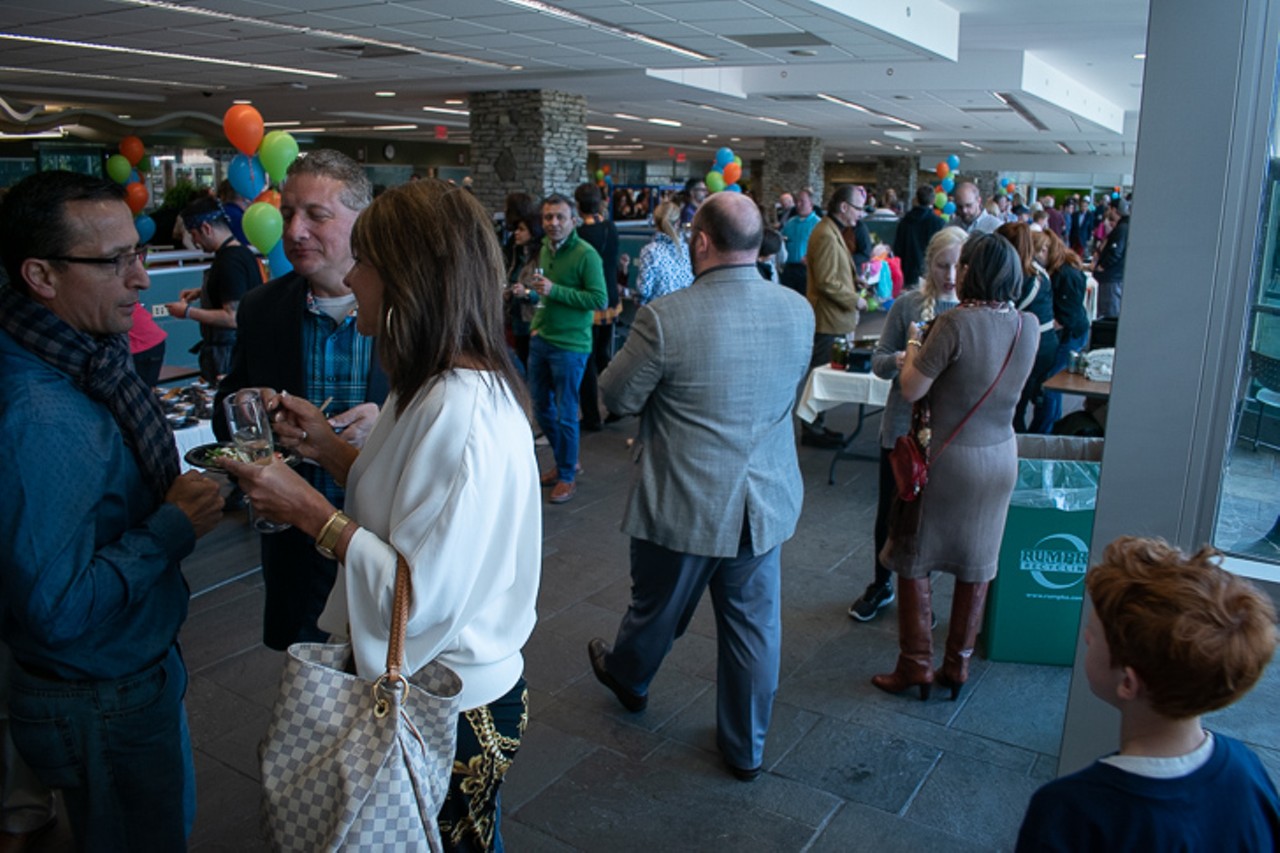 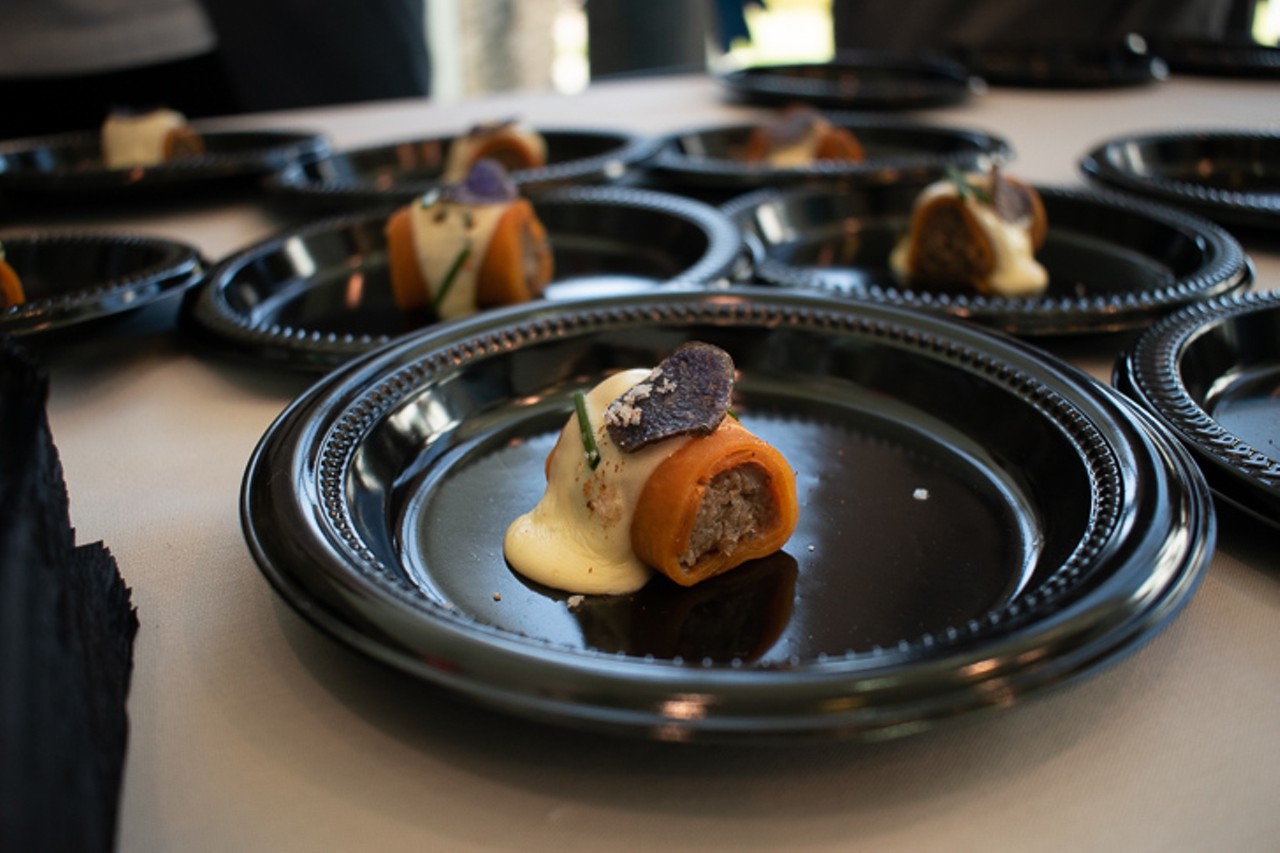 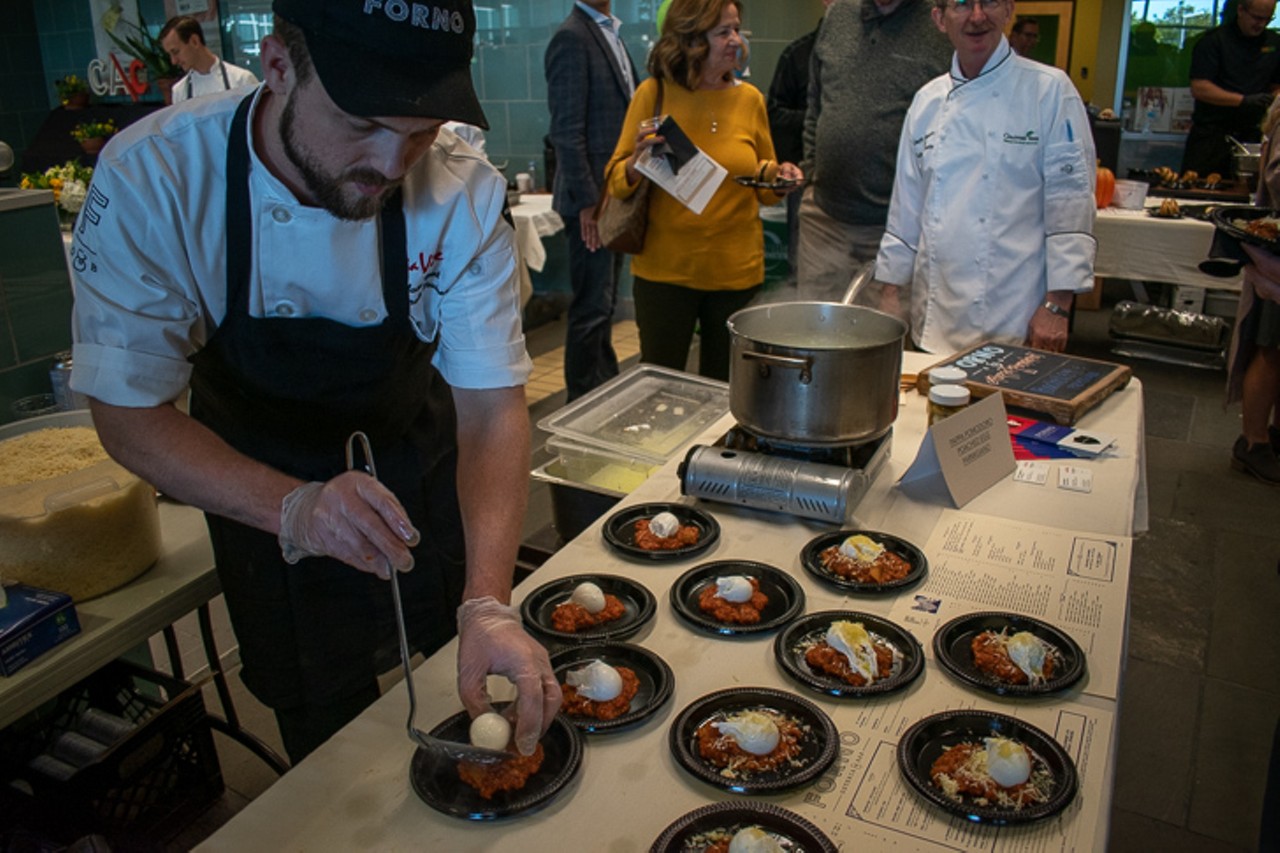 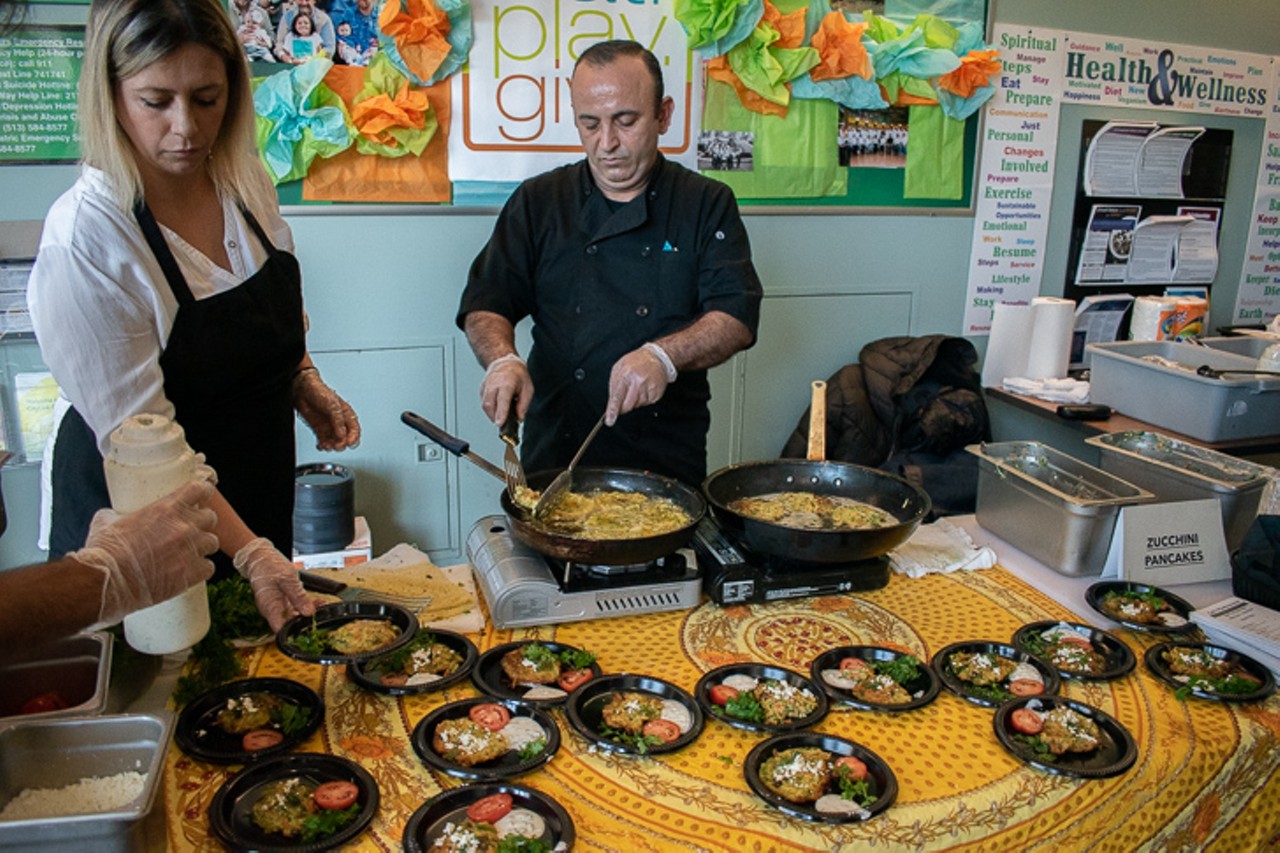 Zucchini pancakes made by Café Mediterranean 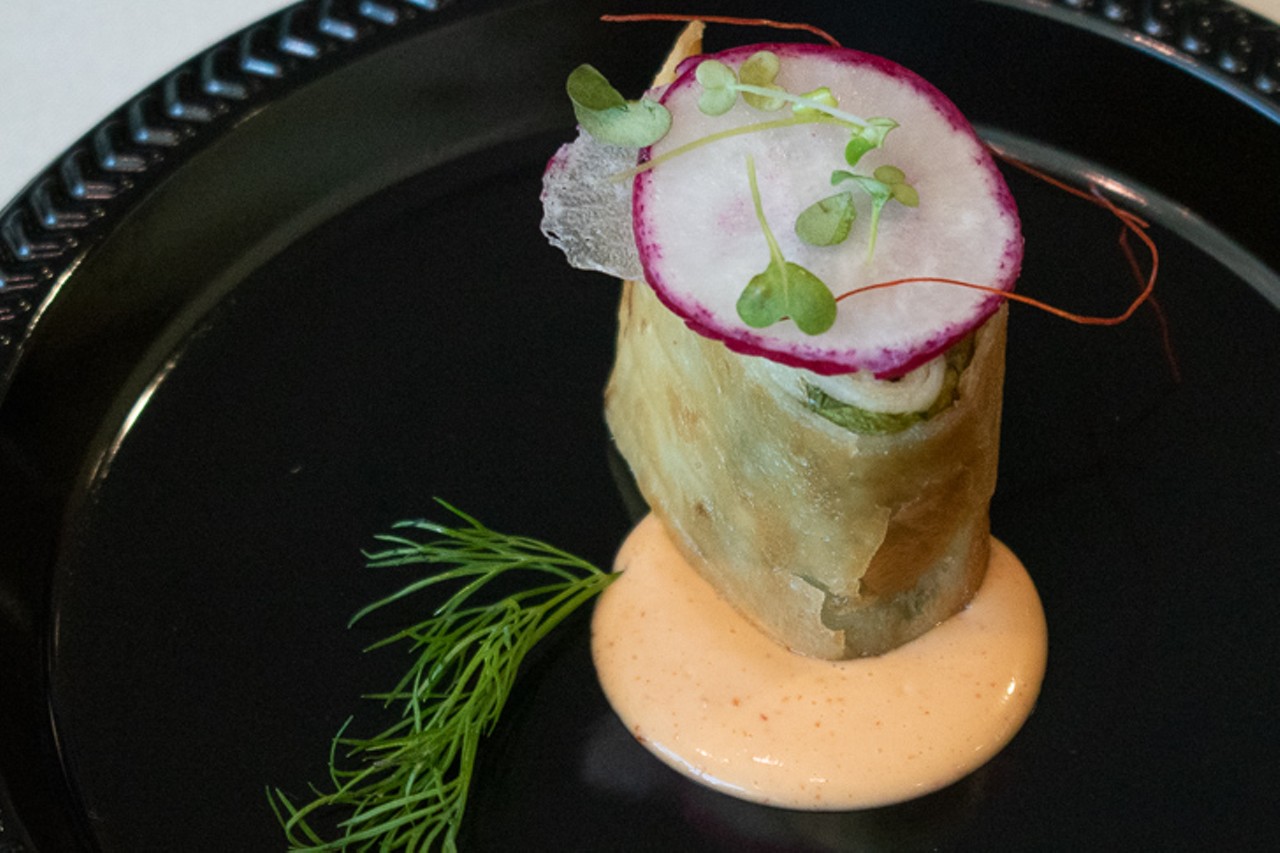