Everything We Saw at Cincinnati Art Museum's 'No Spectators: The Art of Burning Man' Exhibition

Burning Man is here. Since 1990, the renowned arts and culture festival has unfolded in the dusty Black Rock Desert just outside of Reno, Nevada for a week of creation and community. It’s experimental, radical and now a slice of it has arrived at the Cincinnati Art Museum. In those seven-days, more than 70,000 participants — from all over the globe — gather to create a temporary city. At the end of the fest, they incinerate their mascot: The Burning Man. The exhibition, No Spectators: The Art of Burning Man, opened April 26, though a second phase will roll out June 7. Both phases will close Sept. 2. The work within the exhibition winds through the art museum rather than being housed in a central location. And, in line with the fest’s spirit of community building, admission is free. Pieces include “Gamelatron Bidadari,” in which 32 gongs from Bali and Java chime. Made by artist Aaron Taylor Kuffner, the work is immersive and mystifying. Walk through the museum, and you’re likely to hear their music before seeing their shine. Another, “Capitol Theater” was created by more than 60 artists for the show’s run at Washington, D.C.’s Smithsonian American Art Museum’s Renwick Gallery. For this, a bus that was converted into a retro movie theater that can seat 12 people; a silent film is projected on the screen. “Shrumen Lumen” sheds soft, neon light in one gallery, filling the space with towering mushrooms. It’s interactive, too. Step on a sensor below the 'shrooms and they’ll fold in and out, crinkling as they do. There’s also “Truth is Beauty,” a dazzling 18-foot sculpture by Marco Cochrane of a nude woman stretching toward the heavens. For context, visitors can view the show’s companion exhibition, City of Dust: The Evolution of Burning Man, organized by the Nevada Museum of Art in Reno. Through photographs, flyers and other ephemera — including ashes from past Burning Man events — the story of its origin emerges. No Spectators was organized by Nora Atkinson, the Lloyd Herman Curator of Craft at the Smithsonian American Art Museum. David J. Brown is the guest curator at the Cincinnati Art Museum. For more info, visit cincinnatiartmuseum.org.
Photos by Hailey Bollinger
Scroll down to view images 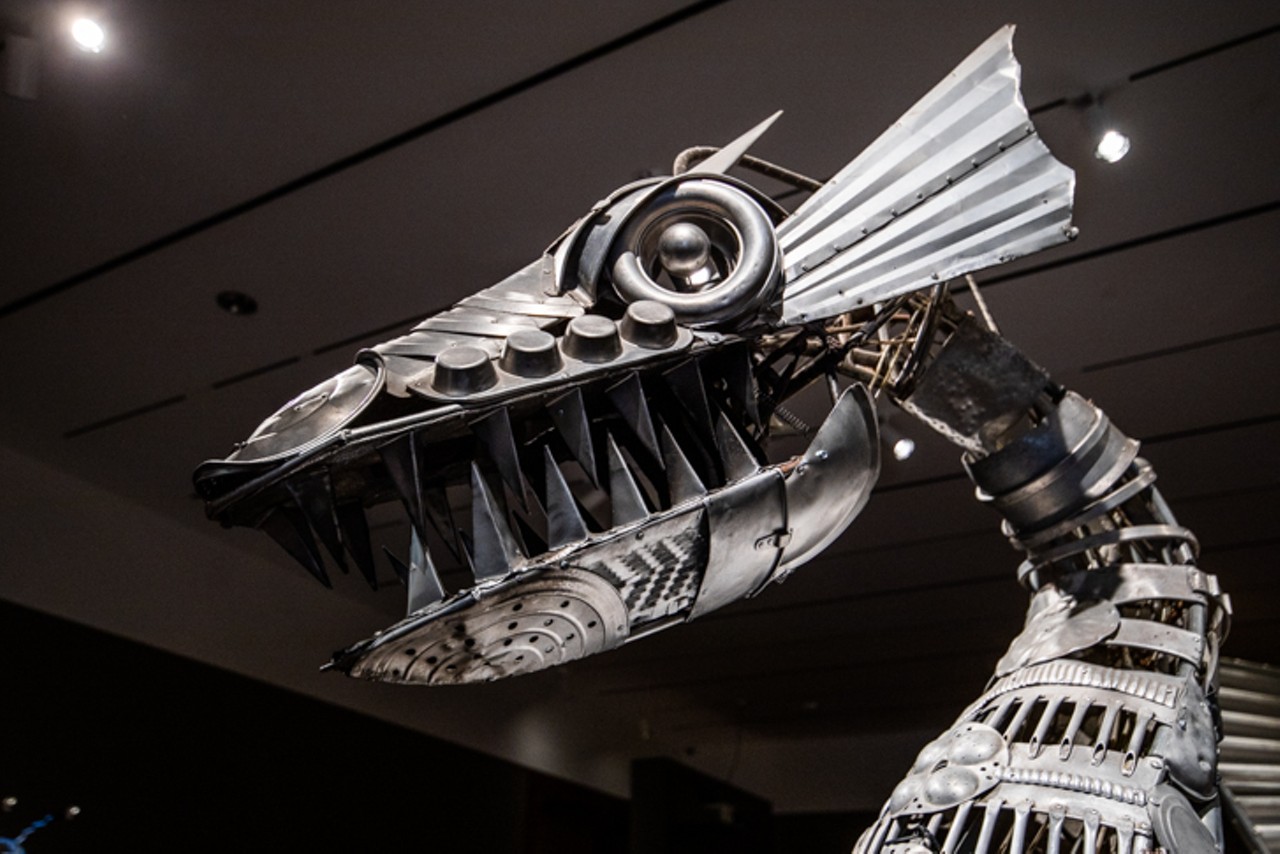 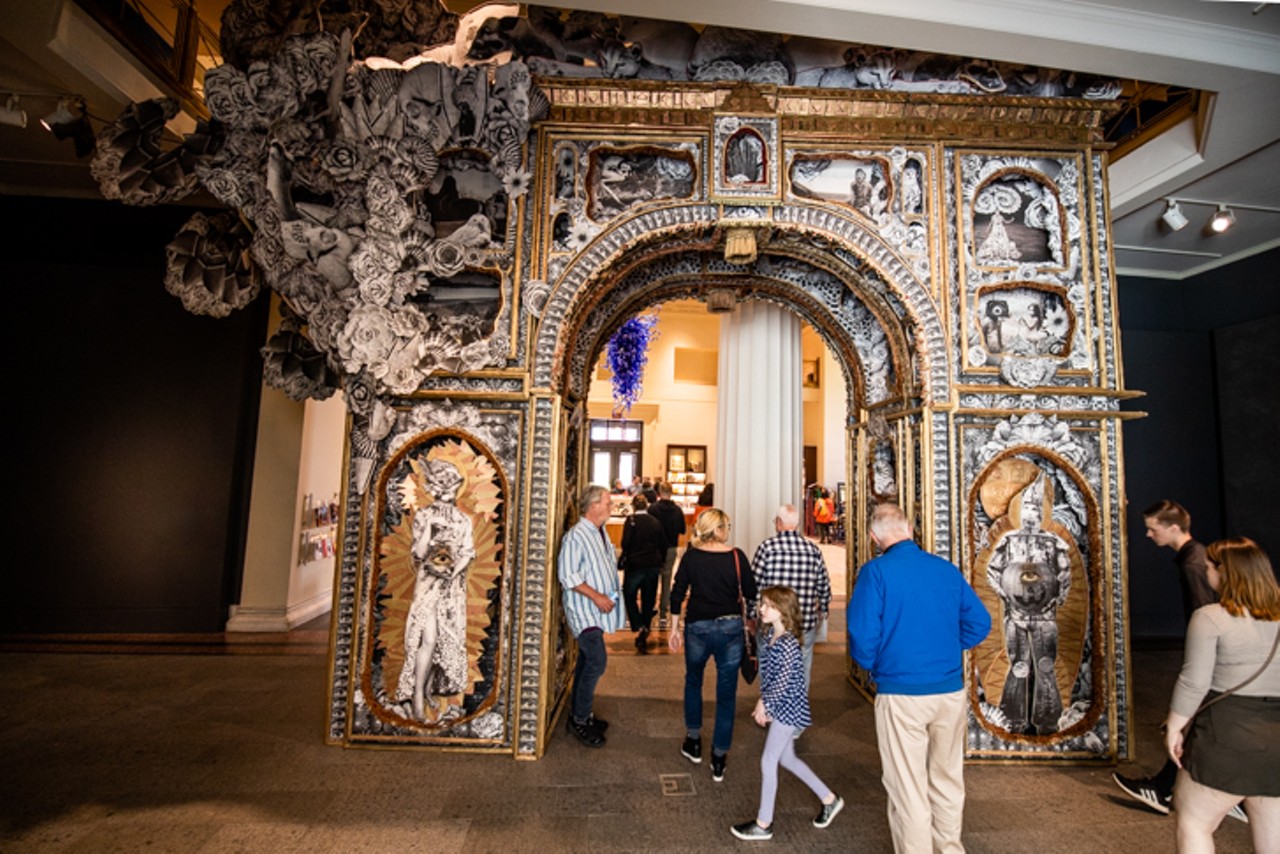