Everything We Saw at the Cincinnati Flying Pig Marathon This Weekend

The Cincinnati Flying Pig Marathon went off without a hitch this weekend after taking a year off and being postponed due to COVID. (The Pig typically takes place in May but was pushed to Oct. 29-31 this year.) Exercise was the name of the game as the weekend-long event was full of races — including the Toyota 10K, Tri-State Running Company 5K, Queen Bee Medpace 4 Miler and Flying Pig Flying Fur presented by Cuddly — in addition to the actual marathon. Crossing the finish 'swine' first in the full marathon was Alex Gold for the men's division (Gold took third place in 2019) and Caitlin Keen for the women's (Keen won the women's division in 2018). A 26-year-old Cincinnati native, Gold finished the 26.2-mile race in 2:26:29. In second place was 25-year-old Cincinnatian J.T. MacKay, coming in 2:28:31, and in third place was 33-year-old Evansville, Indiana resident Steve Matthews, with a time of 2:29:30. “It was beautiful out there, and the fall colors made it even more spectacular," said Gold in a press release. "I told Jack (J.T. MacKay) that it’s so cool to be racing at the place where we train every day. I love this city, and this race is what made me fall in love with running in the first place.” First place in the women’s division was born-and-raised Hype Parker and 29-year-old Keen, who won in 2:43:45. The current Fort Worth resident beat her own winning 2018 time of 2:46:39. In second place was 34-year-old Columbus resident Amy Manning, with 3:00:24, and in third place was 33-year-old Allison Pitt from Sun Prairie, Wisconsin, with a time of 3:01:18.  “I hadn’t raced since the Olympic Trials (February 2020), and last year was really hard for me. I think I can speak for a lot of athletes that it was hard,” Keen said in a release. “It took a little bit more motivation, and a lot more time to get back. It’s been a long time coming, but I needed this.”  The Pig says 15,833 people participated in the weekend’s activities, including “1,979 for the full marathon, 5,420 for the Paycor Half Marathon, 1,277 in the Queen Bee Half Marathon, 2,190 for the Toyota 10K, 2,200 in the Tri-State Running Company 5K and 1,155 for the Queen Bee Medpace 4 Miler. Other totals include 252 (63 teams) in the City Dash 4-Person Relay, 221 in the Flying Fur and 1,139 for Friday’s Fifty West Mile.”
Photos by Maggy McDonel, Shae Combs (Gameday)
Scroll down to view images 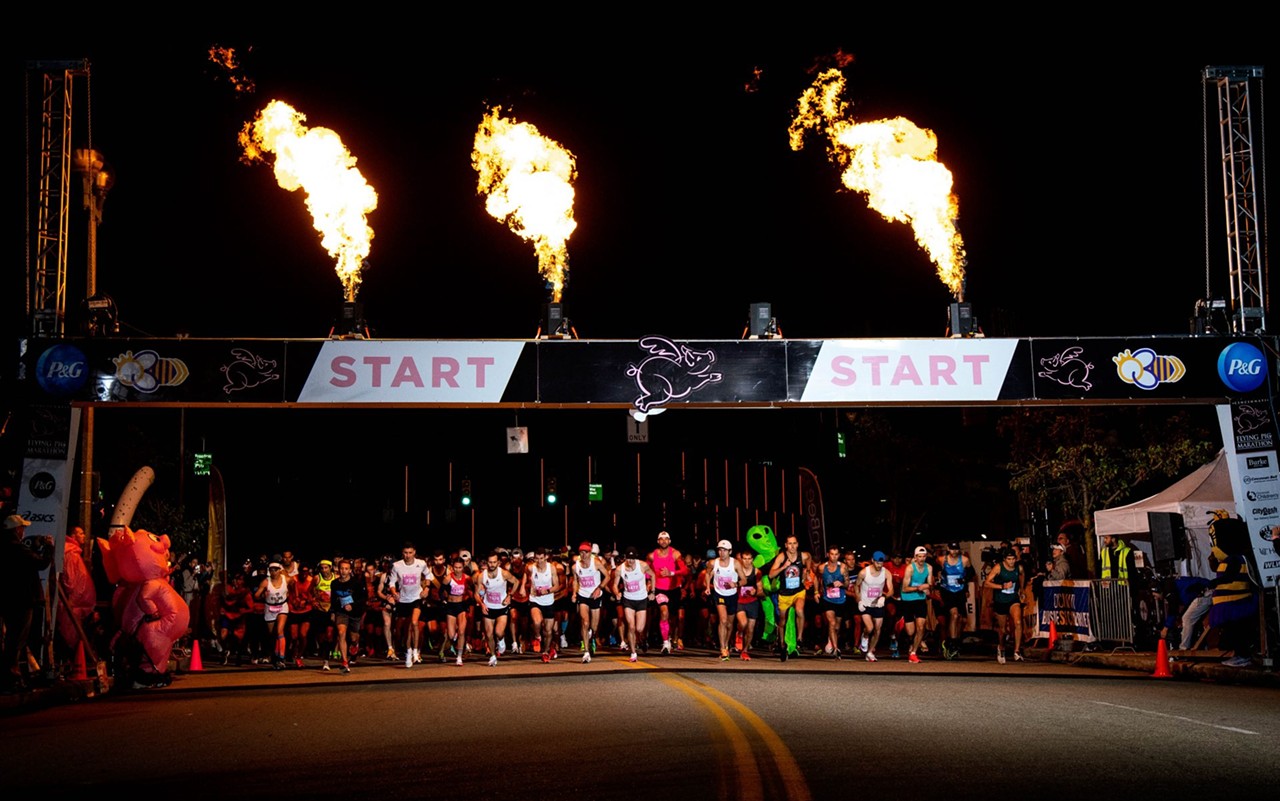 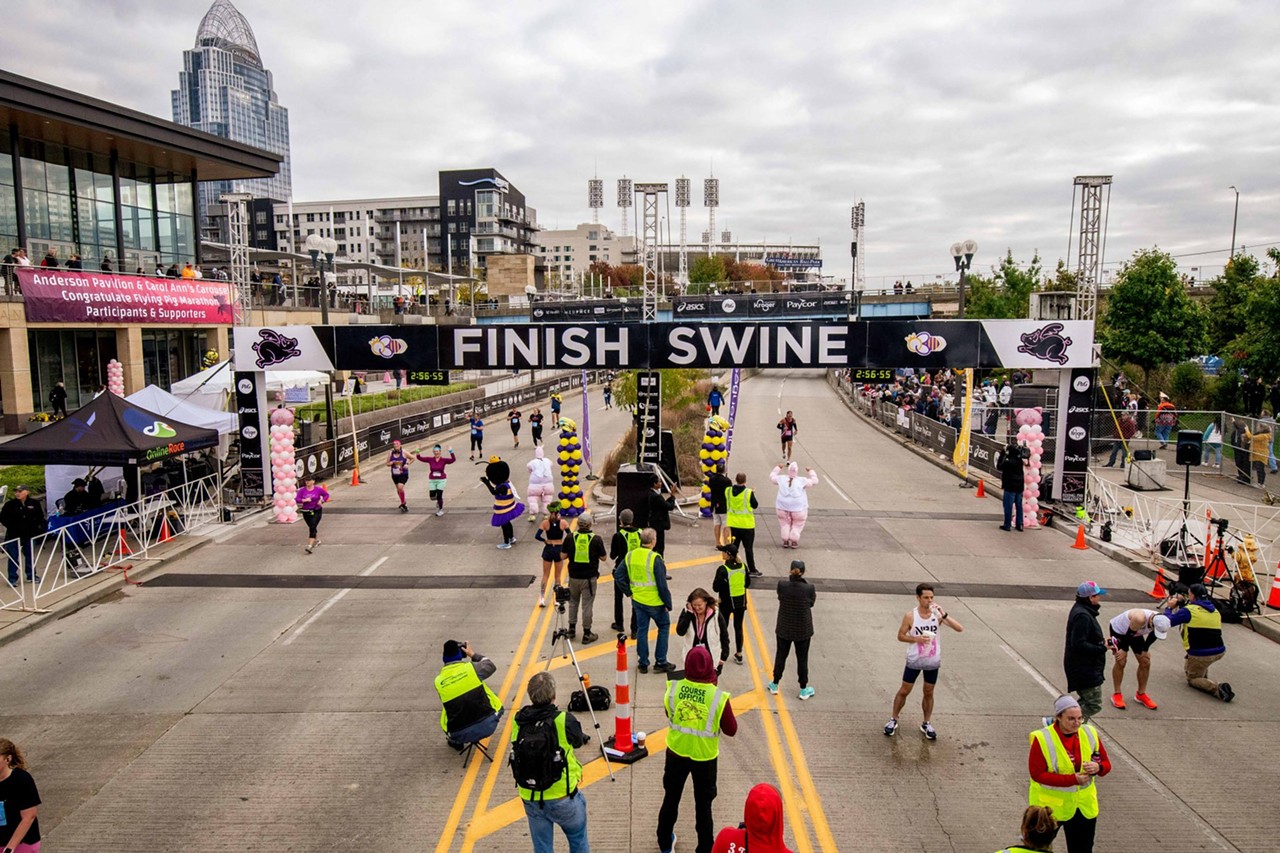 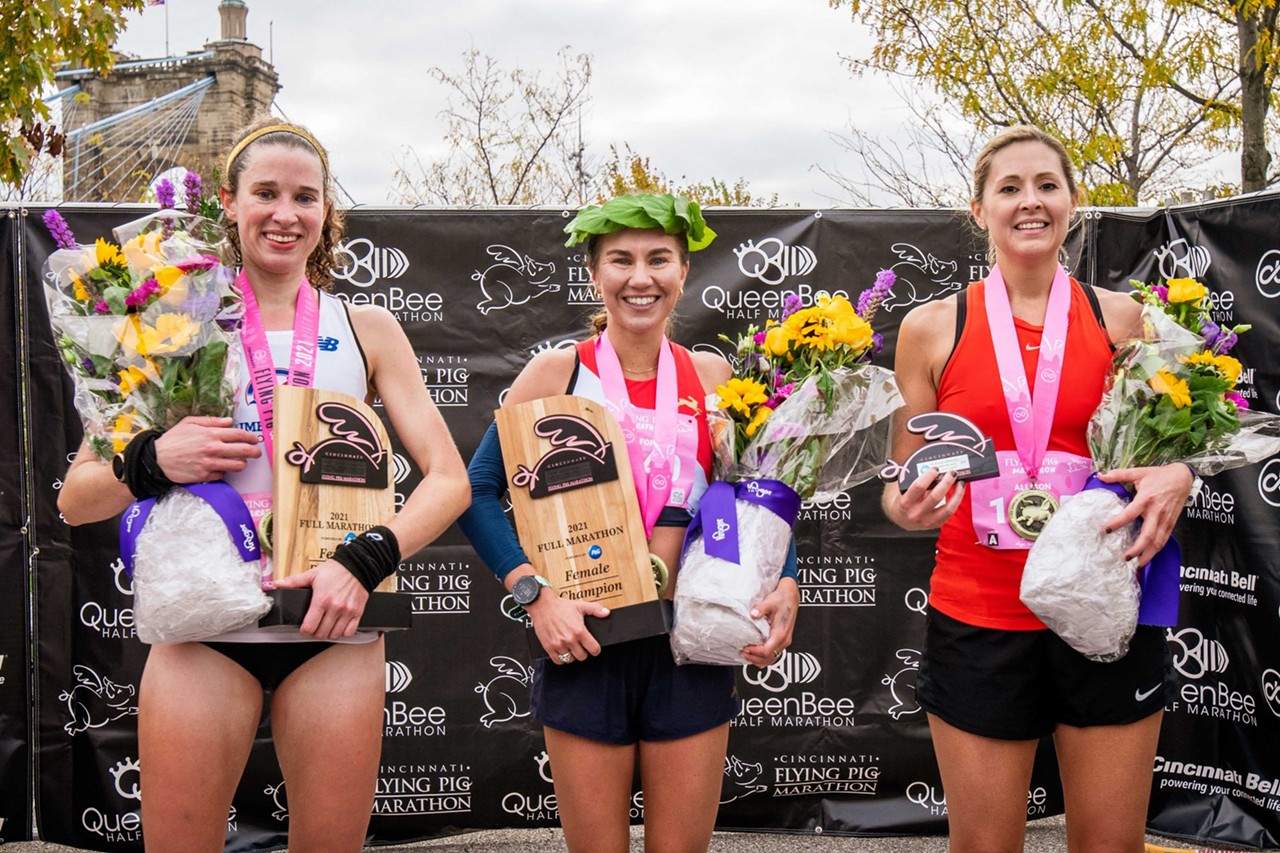 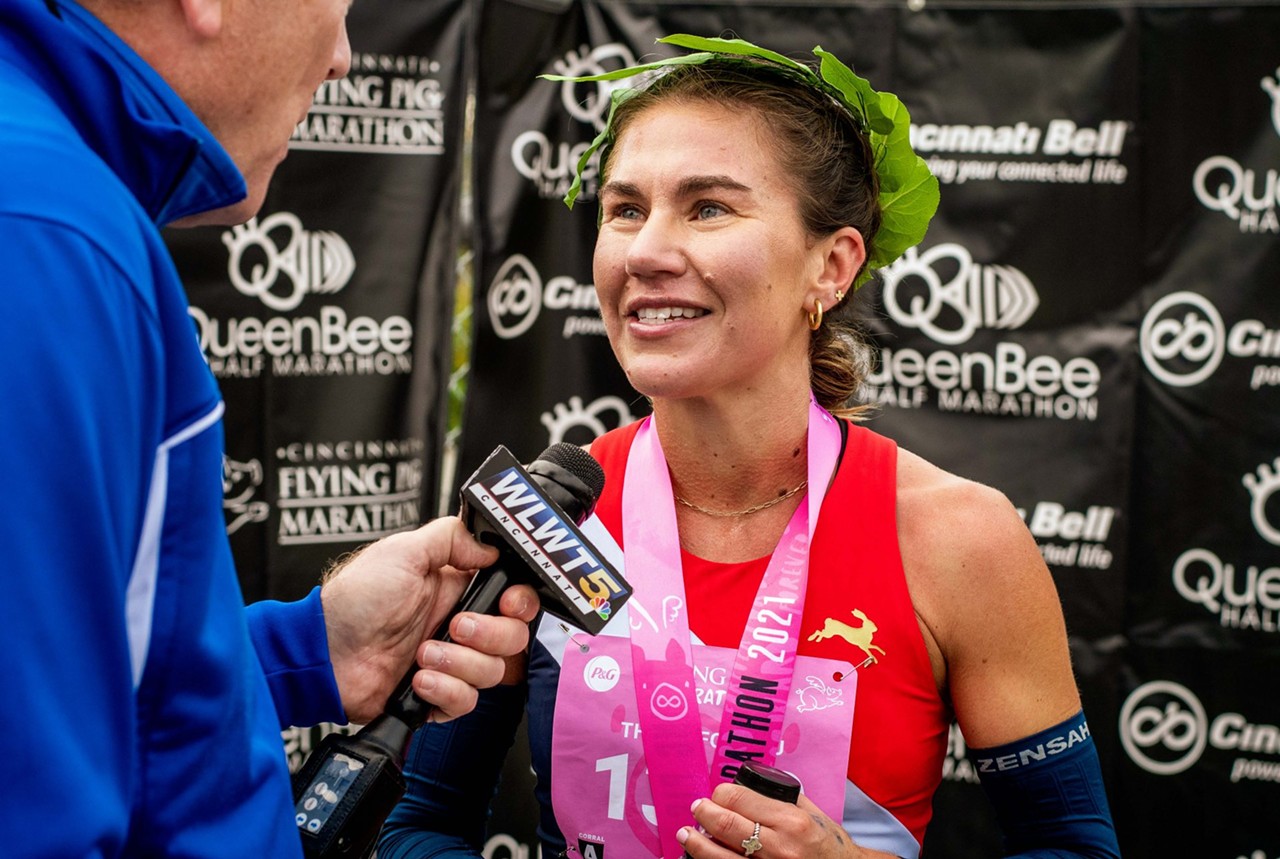 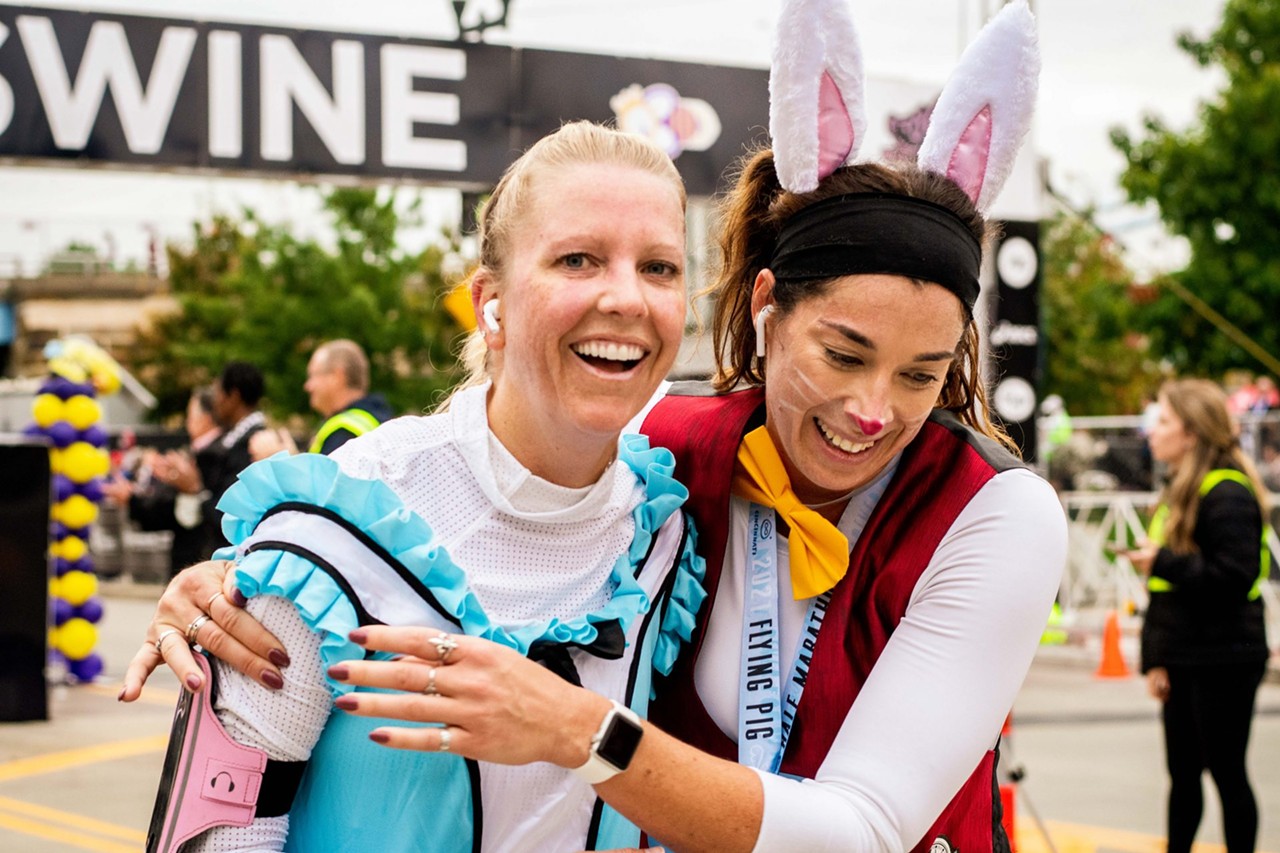 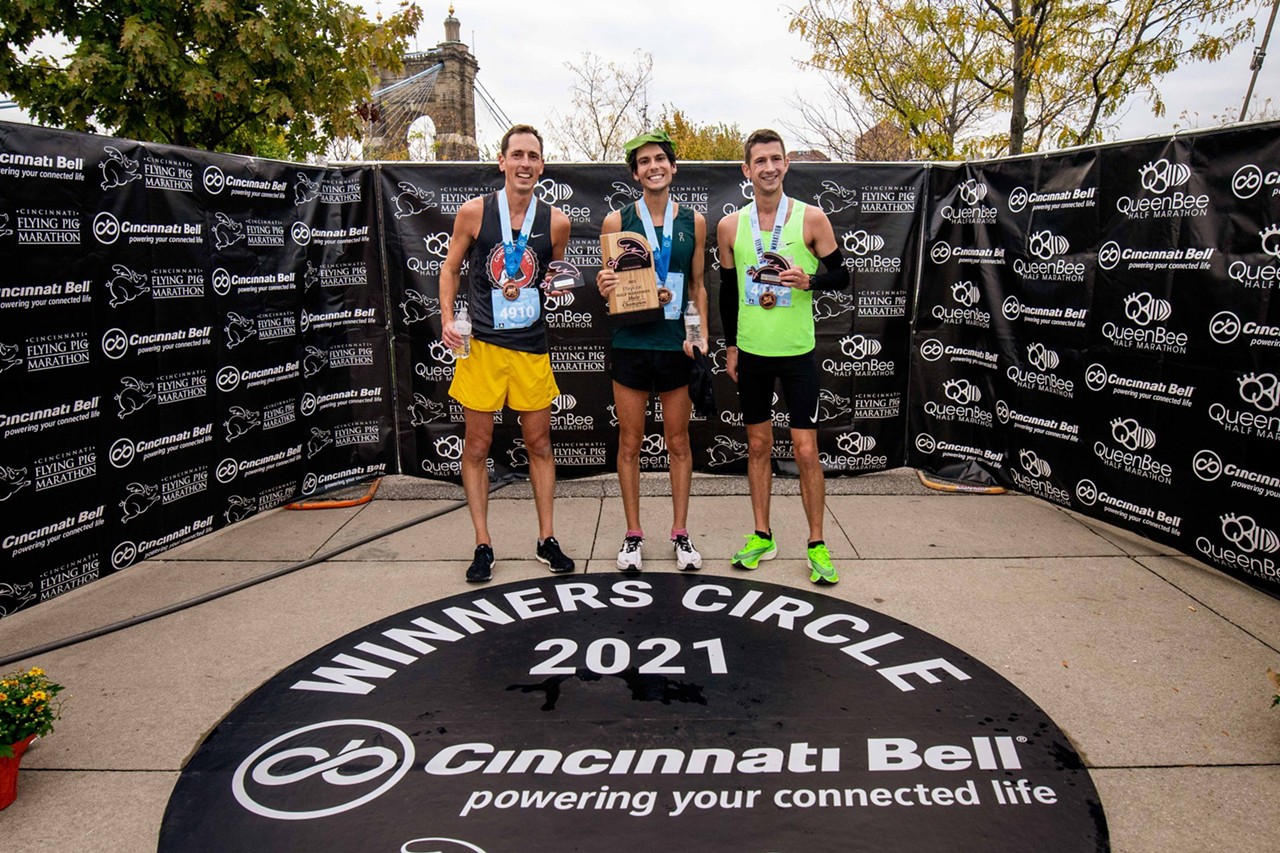 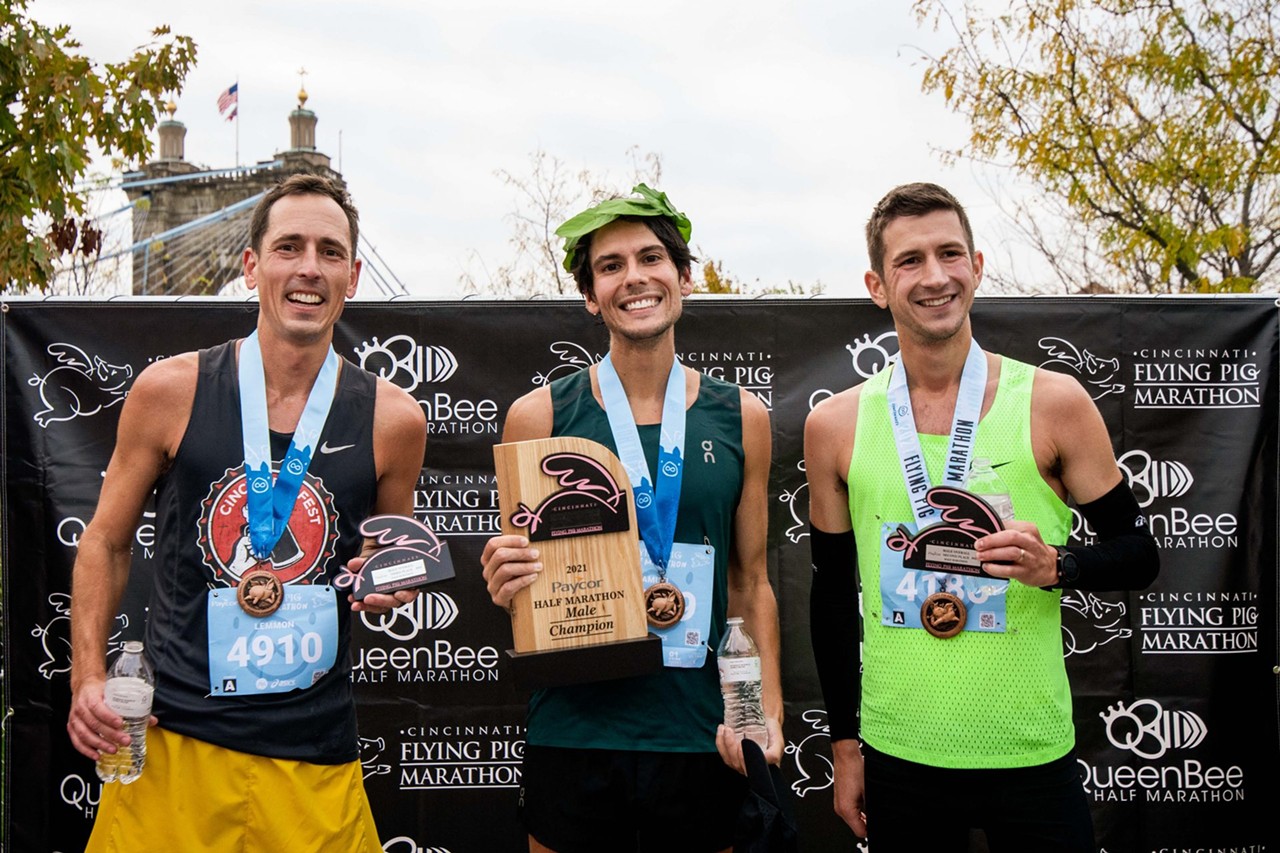 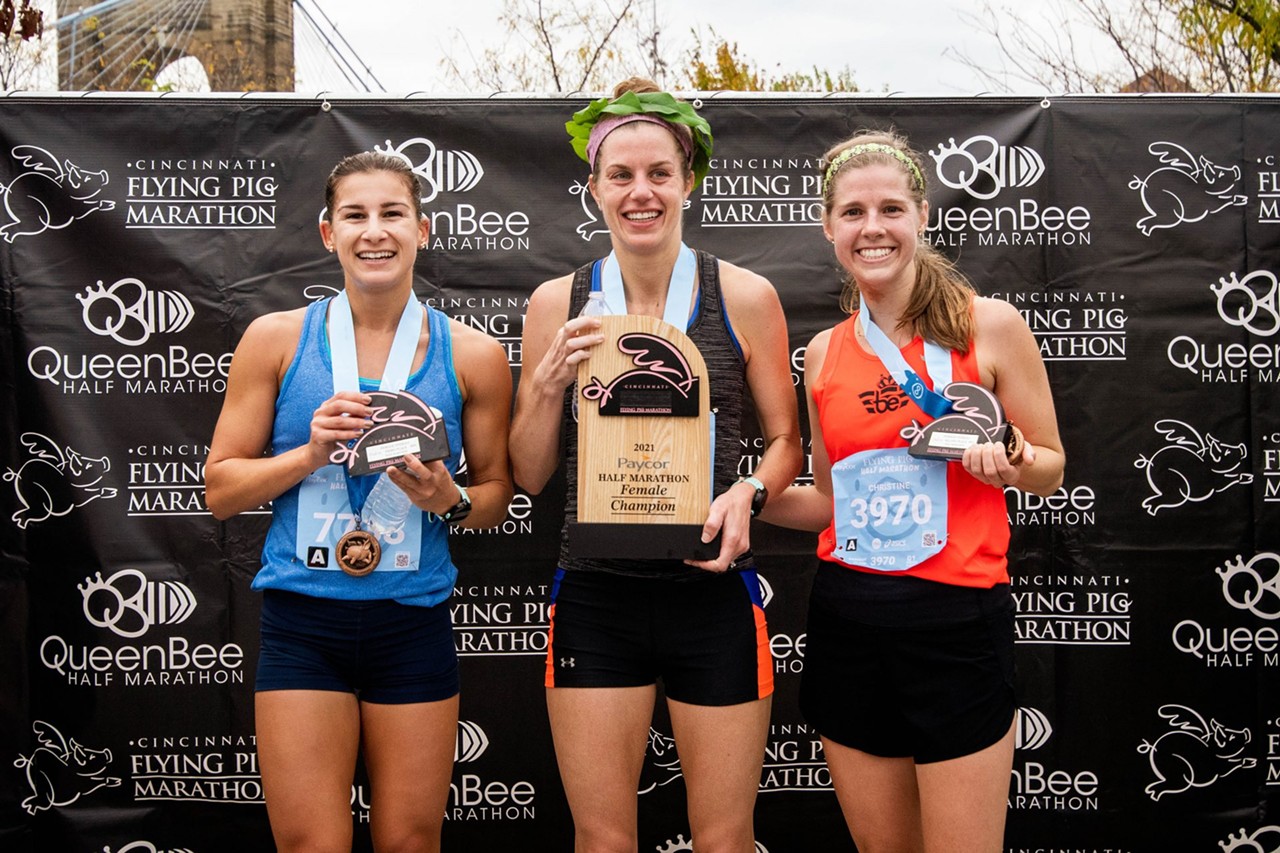 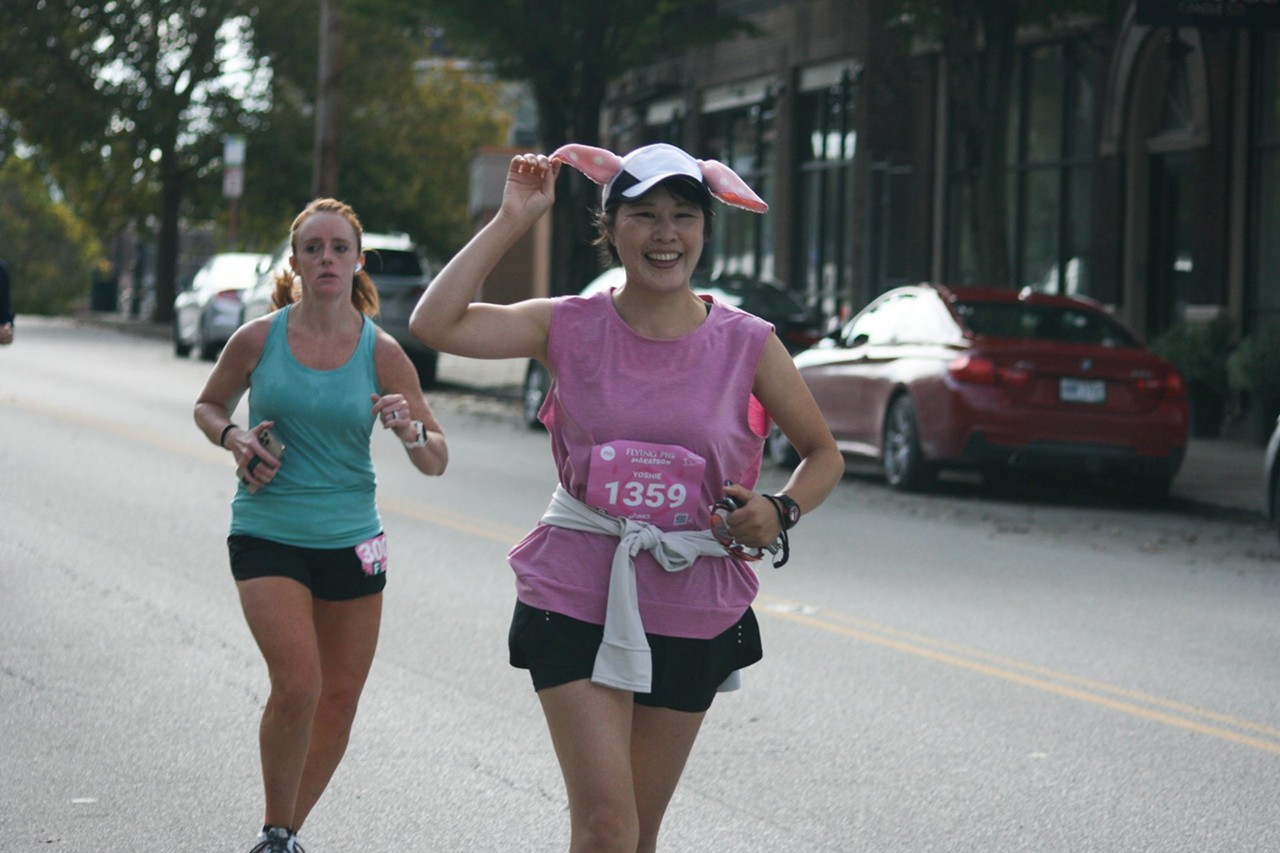 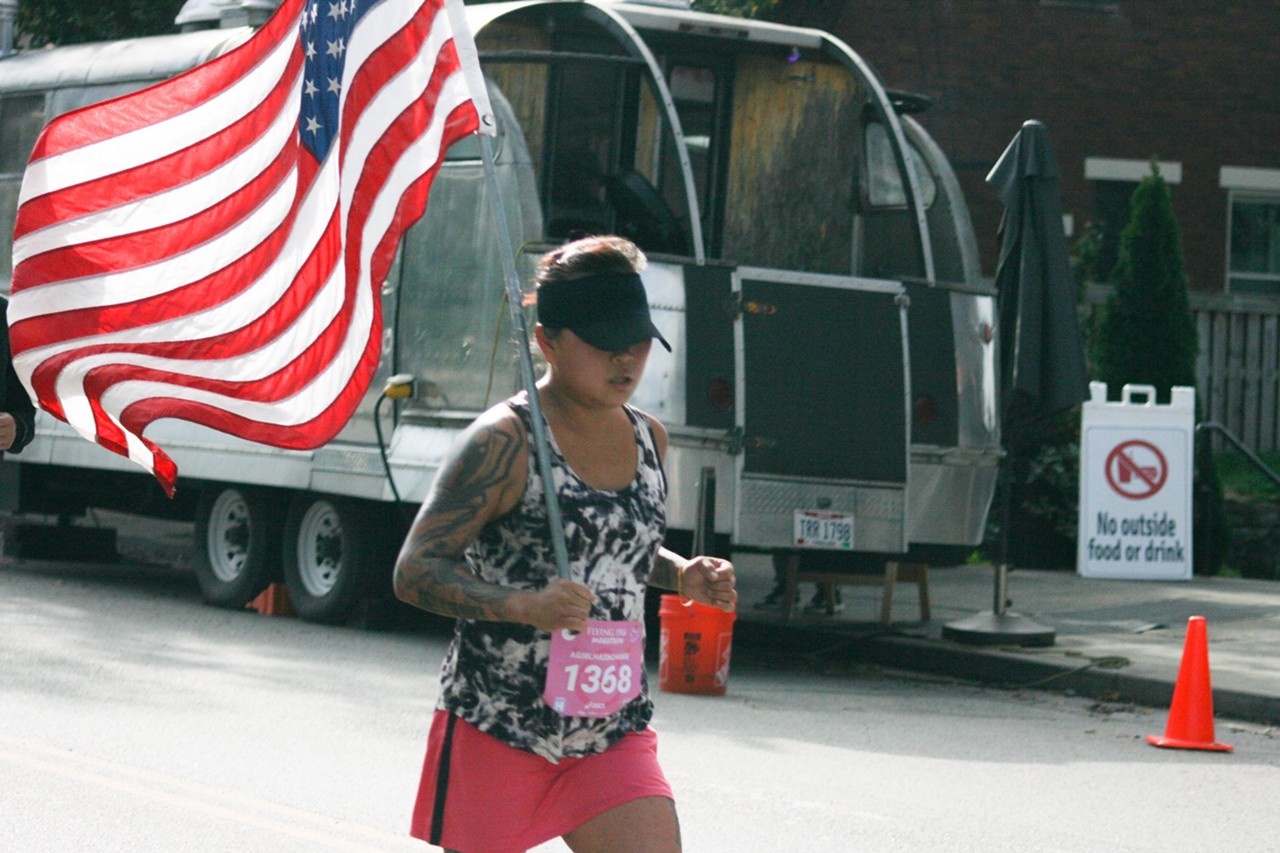 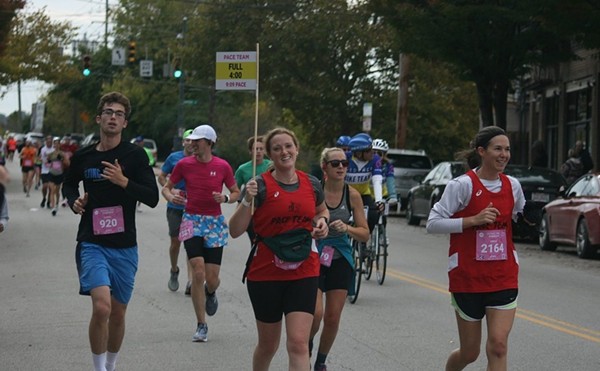