How is Construction of FC Cincinnati's West End Stadium Going? Here's an Inside Look

A year after the official groundbreaking for FC Cincinnati's West End Stadium, crews with Turner Construction and Jostin Construction have begun building the facility's framework after laying its foundation pilings. Currently, workers are erecting the steel that will support the stadium's stands and other vital structures. FC Cincinnati President Jeff Berding says the project is on time and on its roughly $250 million budget, though some minor adjustments to design of the stadium's light features and some non-fan areas have been made to keep it that way. The design for the exterior shell of the stadium features 513 external fins with LED lighting that will create a distinctive wave-like structure and allow visibility into the stadium. The structure's west side, which faces the West End's residential areas, will have more traditional construction and lighting scheme to abate noise and light concerns and blend better into the neighborhood. The stadium will also have a 360-degree canopy covering all seating in the structure and further shielding noise and light, team officials say. The stadium was designed by Populous, a New York-based architecture firm that has drawn up a number of other MLS stadiums around the country. The stadium's design took into consideration a number of fan requests, team representatives say. The entryway will feature a 100-foot-wide stairway from Central Parkway for the large "March to the Match" processions dedicated fans undertake before every game. Its concourses will be 30 feet wide — twice the width of those found at the team's current home at Nippert Stadium. The closest of the stadium's 26,000-26,500 seats will be 15 feet from the playing field, and the farthest will be 130 feet from the action. A section for clubs devoted to the team, called The Bailey, will feature 3,100 "safe-standing" seats on the stadium's north side — twice the number at Nippert. The stadium will also feature 4,500 premium seats in four sections with distinct amenities and services, as well as 59 private suites. The stadium's interior will also feature artwork and potentially interactive displays about the history of the West End, one of the city's oldest neighborhoods and long the center of African-American life in Cincinnati. Turner Construction estimates that more than 300 construction jobs will be created by the project. The company says it is working with West End-based social services organization CityLink to hire West End residents for as many jobs as possible. The team says it is on track to meet or exceed 25-percent inclusion standards for women- and minority-owned businesses when it comes to subcontracting opportunities. There are still some details up in the air, including where and when Hamilton County will build parking facilities it committed to during the stadium's site selection process. By this time next year, Berding says, crews will be finished with the stadium's exterior framework and will be fine-tuning the interior and the pitch on which the team will actually play. FC Cincinnati has said the stadium will be finished in time for its first home game of the 2021 season.
Scroll down to view images 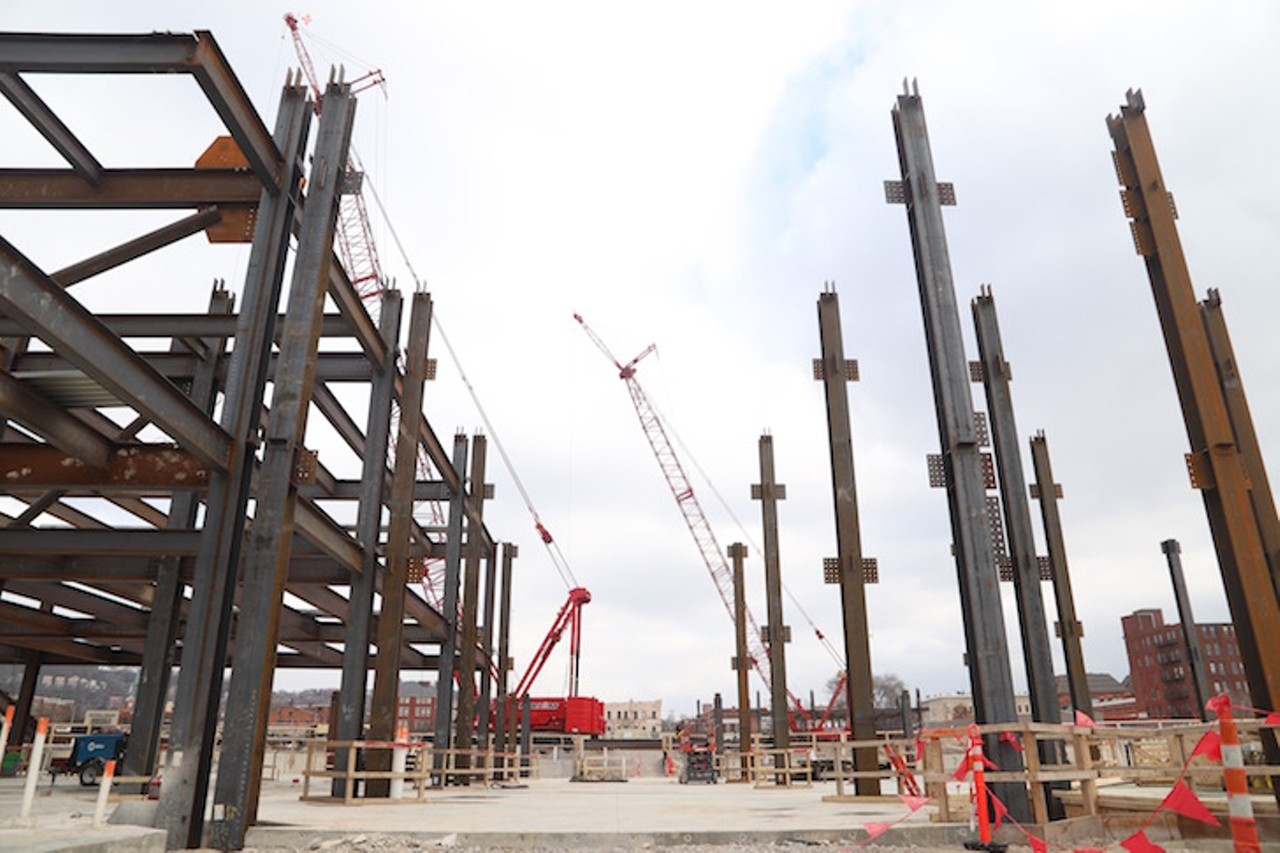 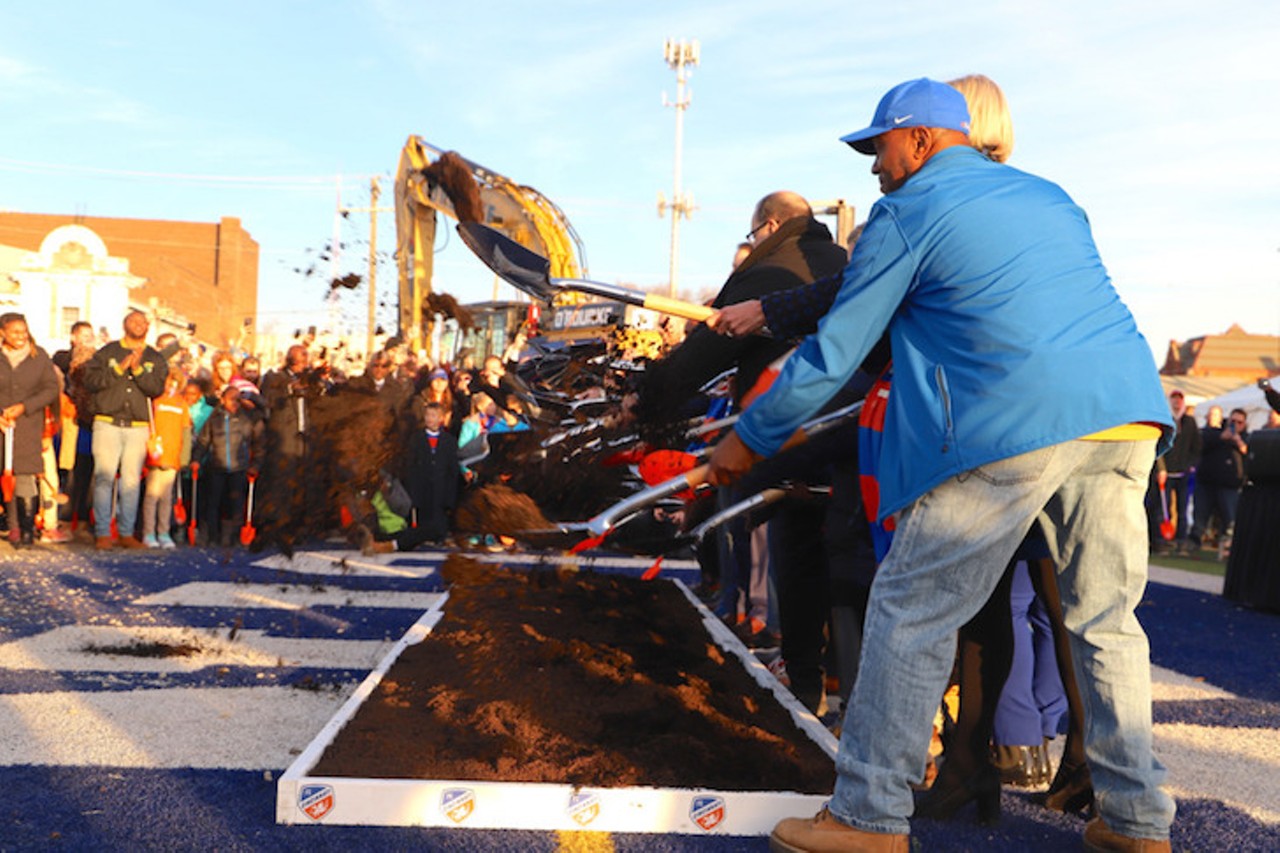 Then-West End Community Council President Keith Blake and other officials at the Dec. 18, 2018 groundbreaking ceremony for the stadium. 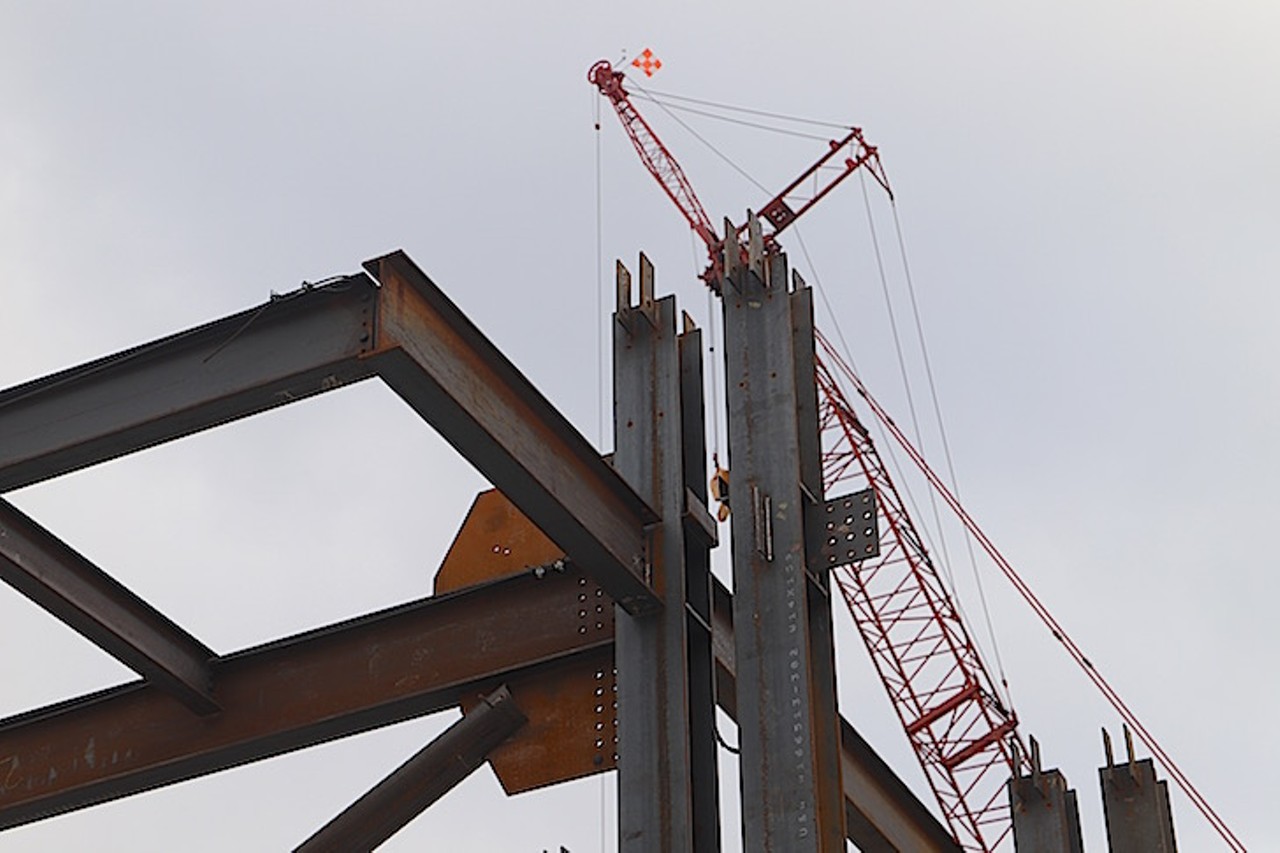 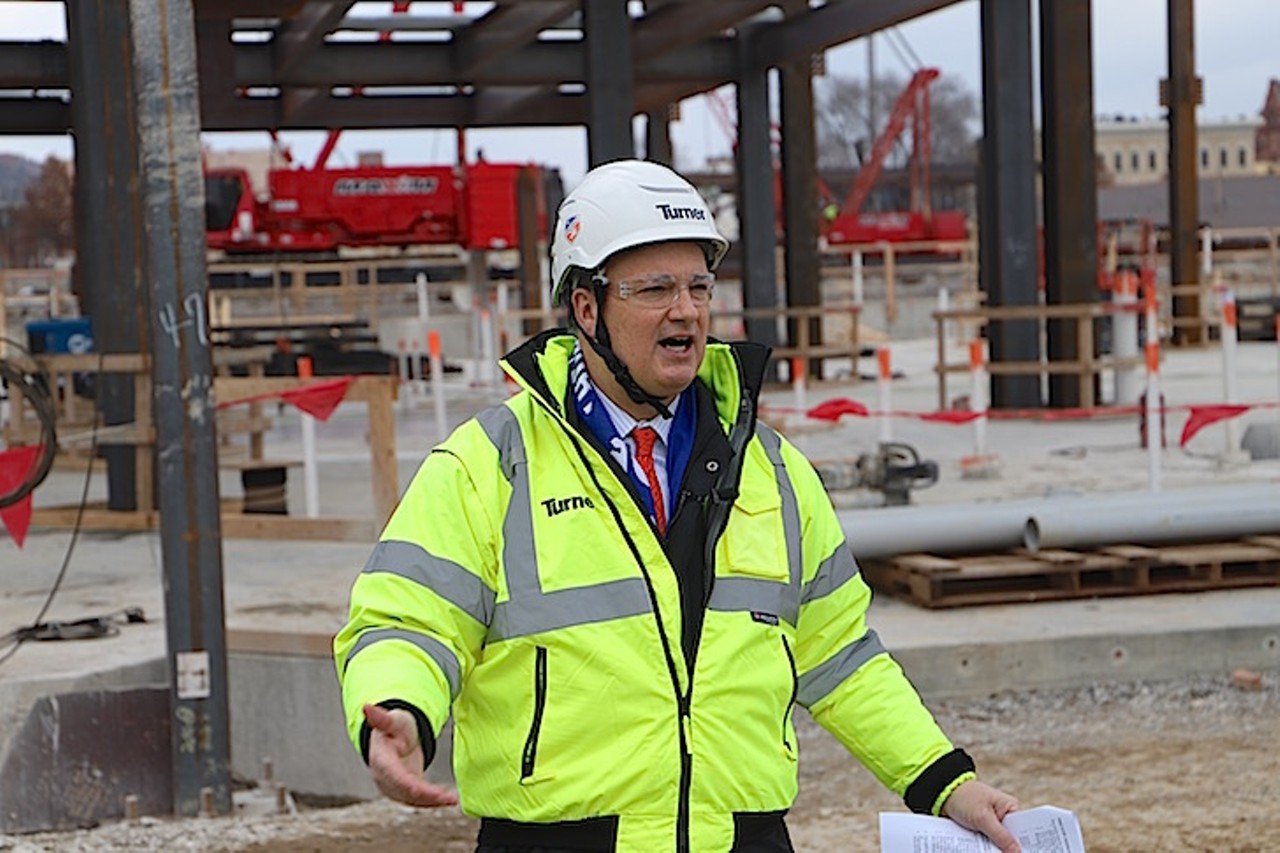 FC Cincinnati President Jeff Berding explains construction progress made on the stadium during a Dec. 18 tour.

Workers on the stadium's east side, where the main fan pavilion into the facility will be located off of Central Parkway.

A rendering of the stadium's playing pitch, which will be slightly elevated from ground level due to public utilities below the stadium site.

A view of the stadium site looking southeast toward downtown

A rendering of the stadium looking southeast toward downtown