Family is the name of the game for the newly opened Crown Republic Gastropub in Cincinnati’s Central Business District. Located on the first level of the same building as Encore Apartments, Crown Republic is the culinary child of a three-member ownership team consisting of Anthony Sitek, Haley Nutter-Sitek and Mike Casari. The trio of friends (Anthony and Haley are now married) met in culinary school in 2009 at Johnson & Wales University in Providence, Rhode Island and formed what Casari calls a “family-like bond,” starting a small catering company and personally working in restaurants up and down the East Coast before finally opening their own.

“It’s been a dream of ours for so long now,” Anthony says. “We’ve been working on this venture for at least five years.”

Anthony and Casari are head chefs, and Haley is front-of-house manager. The three have an easy, comfortable rapport — so comfortable, in fact, that Casari currently lives with the Siteks and their two children. That kind of closeness translates well to a restaurant, at least in this instance, with a well-balanced managerial dynamic and a cohesive menu with ingredients that are made, as Anthony says, “99.9 percent in-house.”

The trio bring a lot of culinary clout, too: The Siteks worked in Chicago before moving to Miami, where Anthony opened a pair of Mediterranean-themed restaurants, and Casari opened Lady Gaga’s family restaurant in New York City under chef Art Smith. Crown Republic’s menu draws on that Mediterranean influence, with what Anthony calls “clean and light” flavors and a general movement toward freshness in the industry.

The restaurant is open Monday through Saturday, serving breakfast, lunch and dinner with extended hours Friday and Saturday. The restaurant is closed on Sundays for family time. The dessert menu is created by Benjamin Arington of Fat Ben’s Bakery.* Check out his restaurant options like housemade gelato or coconut pistachio cake, or swing by Fat Ben’s in-house pastry window, open 7-11 a.m. Monday-Friday, for a morning jump-start.

*Update: Fan Ben is no longer operating the bakery window. 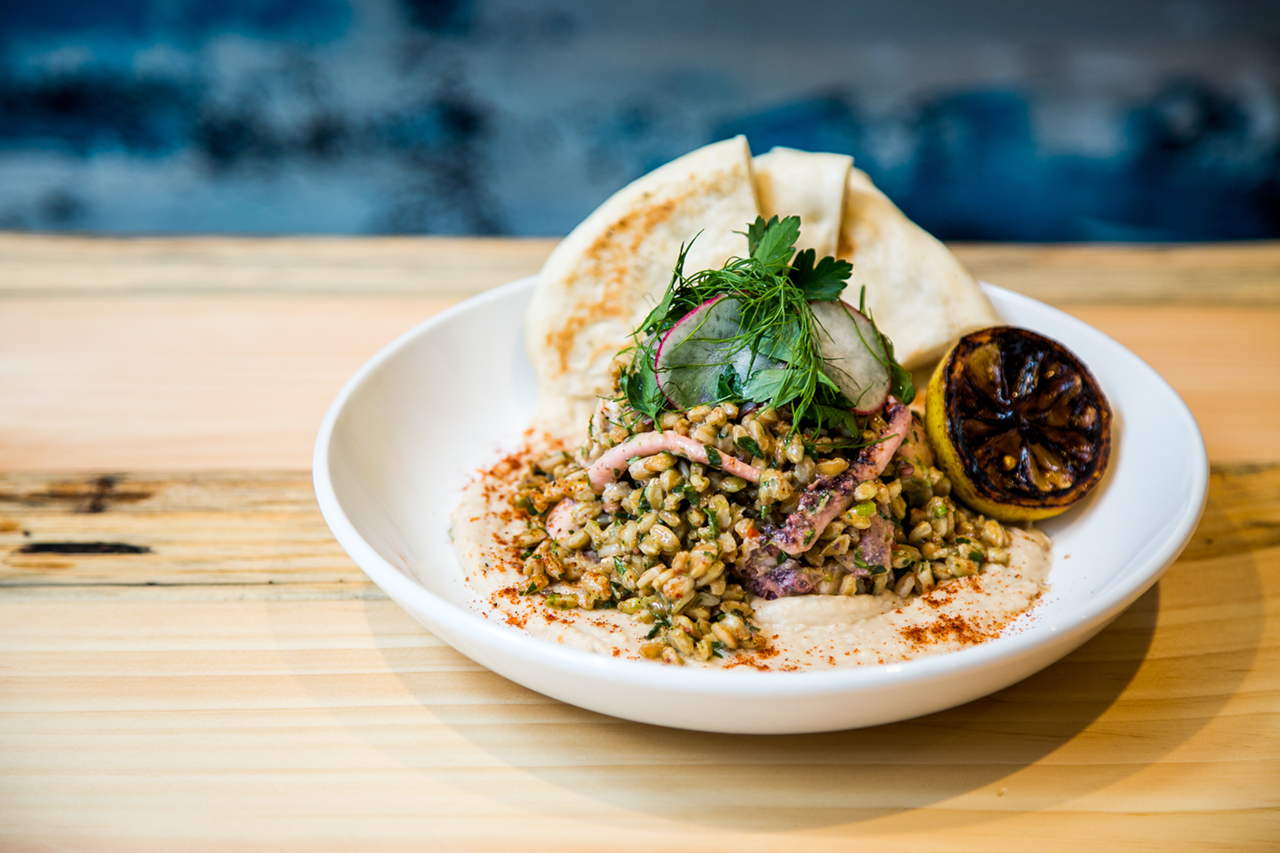 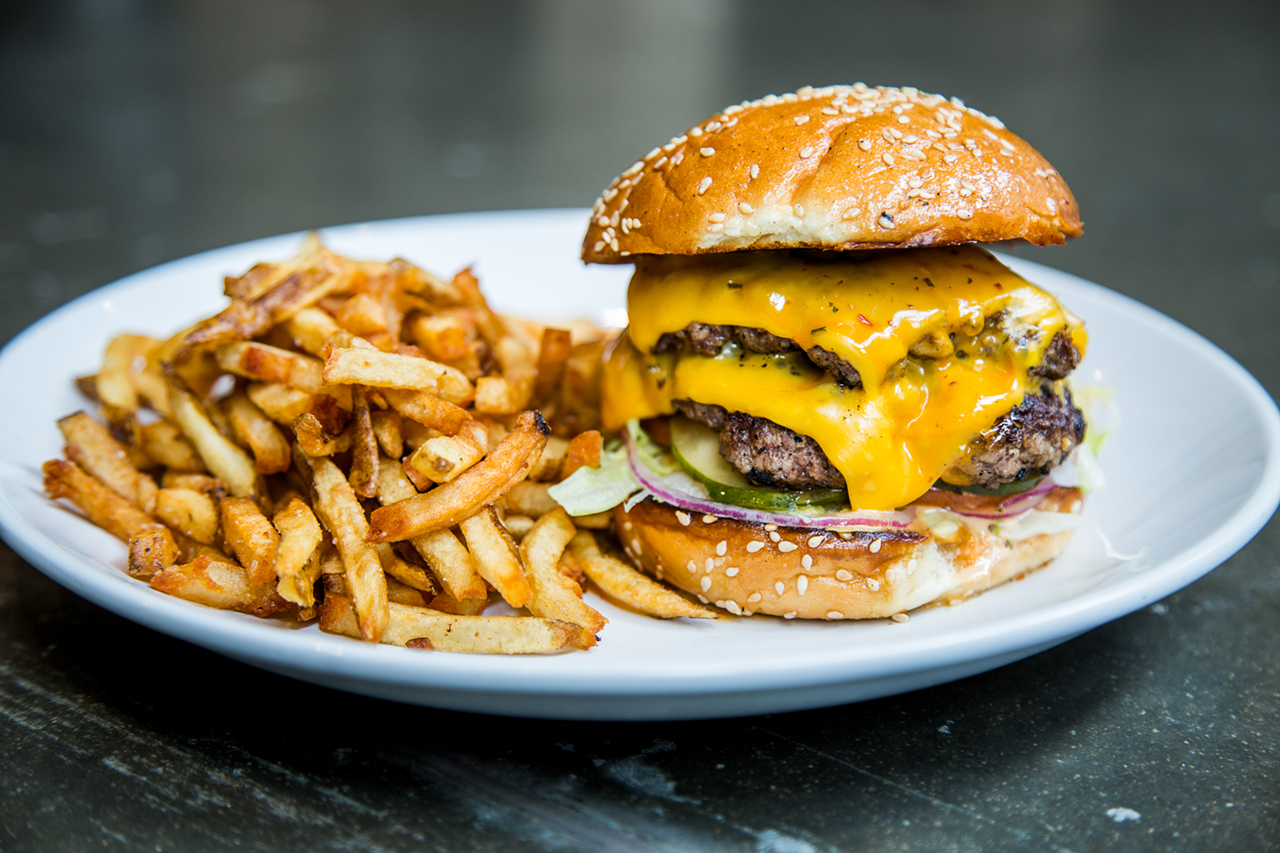 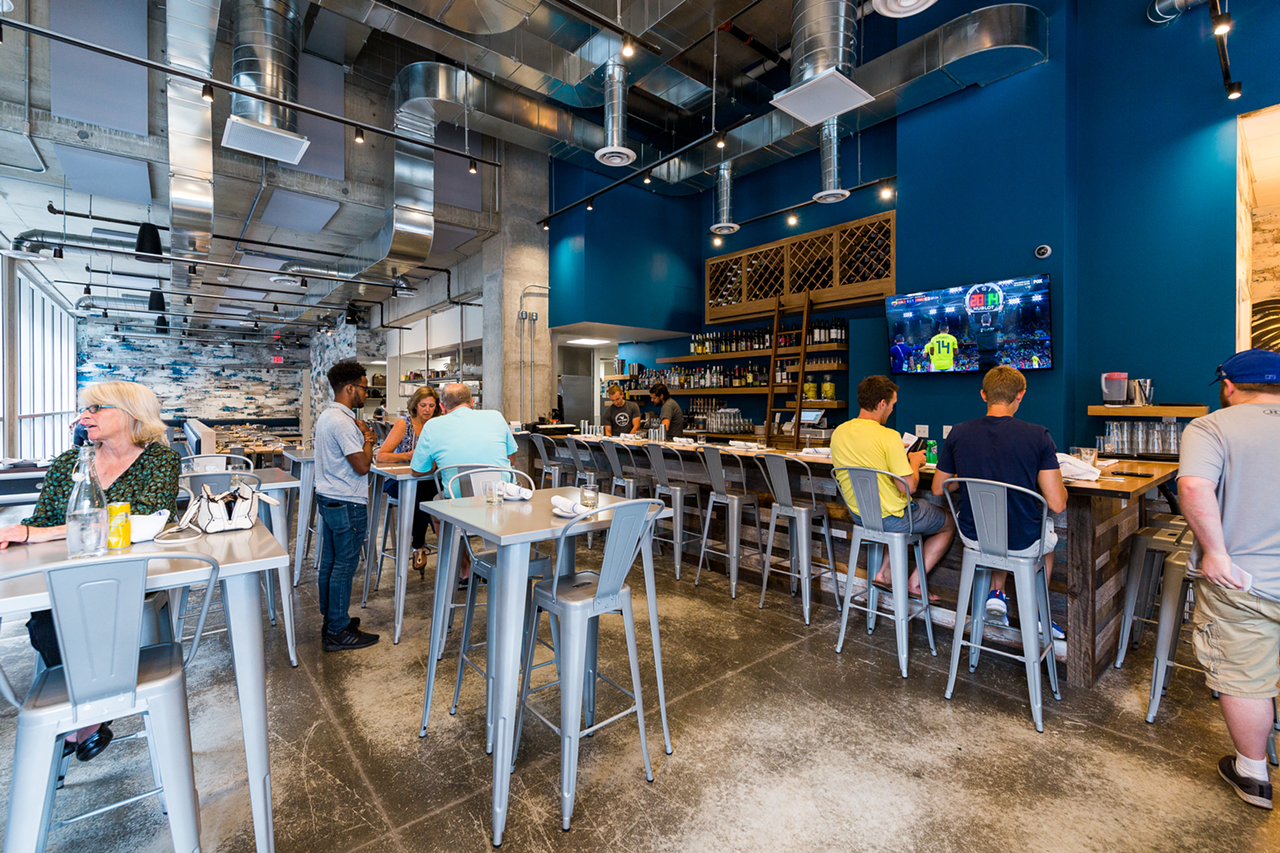 Photo: Hailey Bollinger
The entryway to the bathrooms at Crown Republic