Inside East Hyde Park's China Gourmet, a Culinary Staple for Over Four Decades

China Gourmet has been in East Hyde Park since 1977. Back then, Bing and Jean Moy left mainland China for Hong Kong and then the States, eventually settling in Cincinnati and opening the restaurant. Current owner Matthew Loomis, who bought it from the Moys’ son three years ago, started as a dishwasher there in 1995 and became familiar with the food the family recreated from their home in China. “Chinese food is very diverse,” Loomis says. “(The cooking) varies a lot depending on where you live in the country.” But, he concedes, “most Asian food in the U.S. has been Americanized.” What China Gourmet has done over all these years, Loomis adds, is build around the basic, familiar dishes by including gourmet touches and ingredients. A patron can order a meal of Chinese restaurant standards but also have the option of trying filet mignon, beef short ribs or a rack of lamb, he says. The restaurant is tucked away on Erie Avenue with no street presence and you enter from an obscure parking lot behind a row of buildings that has had a lot of turnover in recent years. The restaurant is quite spacious, with two large dining rooms and a separate bar with more tables. There’s an intimate, extra dining room (“the atrium”), which has tall windows with colorful, decorative mobiles and views of the sky. Entrées are plated for you, so that a team member gives each diner a plate with part of their entrée and a helping of rice, then sets the remaining entrée beside you. They call it French-style table service, and it’s a classy way to elevate the experience. China Gourmet presents main courses under the headings “China Gourmet Classics,” “Hyde Park Specialties,” “What’s New” and “Traditional Favorites.” For the full review, click here.
Photos by Hailey Bollinger
Scroll down to view images

Hailey Bollinger
The restaurant is quite spacious, with two large dining rooms and a separate bar with more tables. There’s an intimate, extra dining room (“the atrium”), which has tall windows with colorful, decorative mobiles and views of the sky. 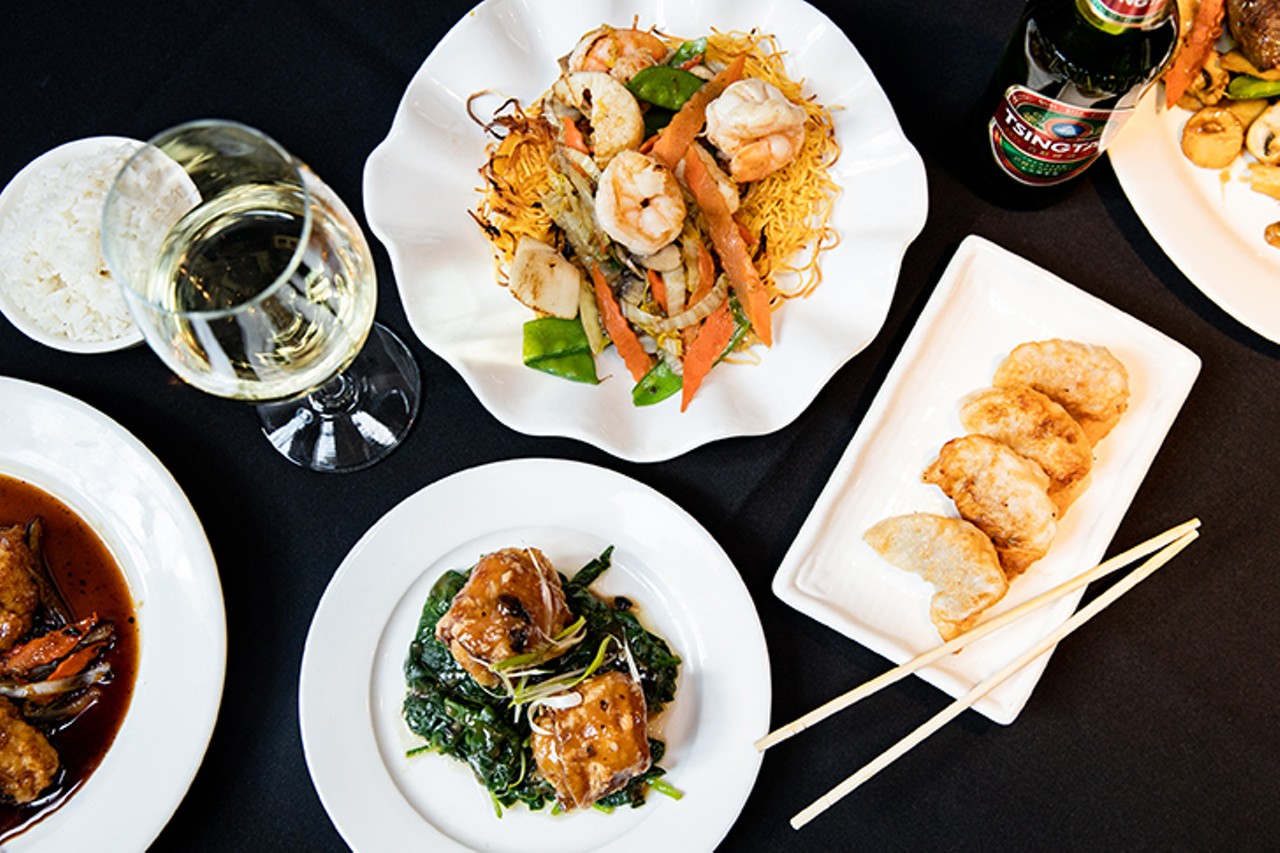 Hailey Bollinger
A spread of menu items available at the restaurant

Hailey Bollinger
April’s Seafood Noodle Stir-Fry (shrimp and scallops with veggies over stir-fried noodles; $26 or $15 for a half-order) 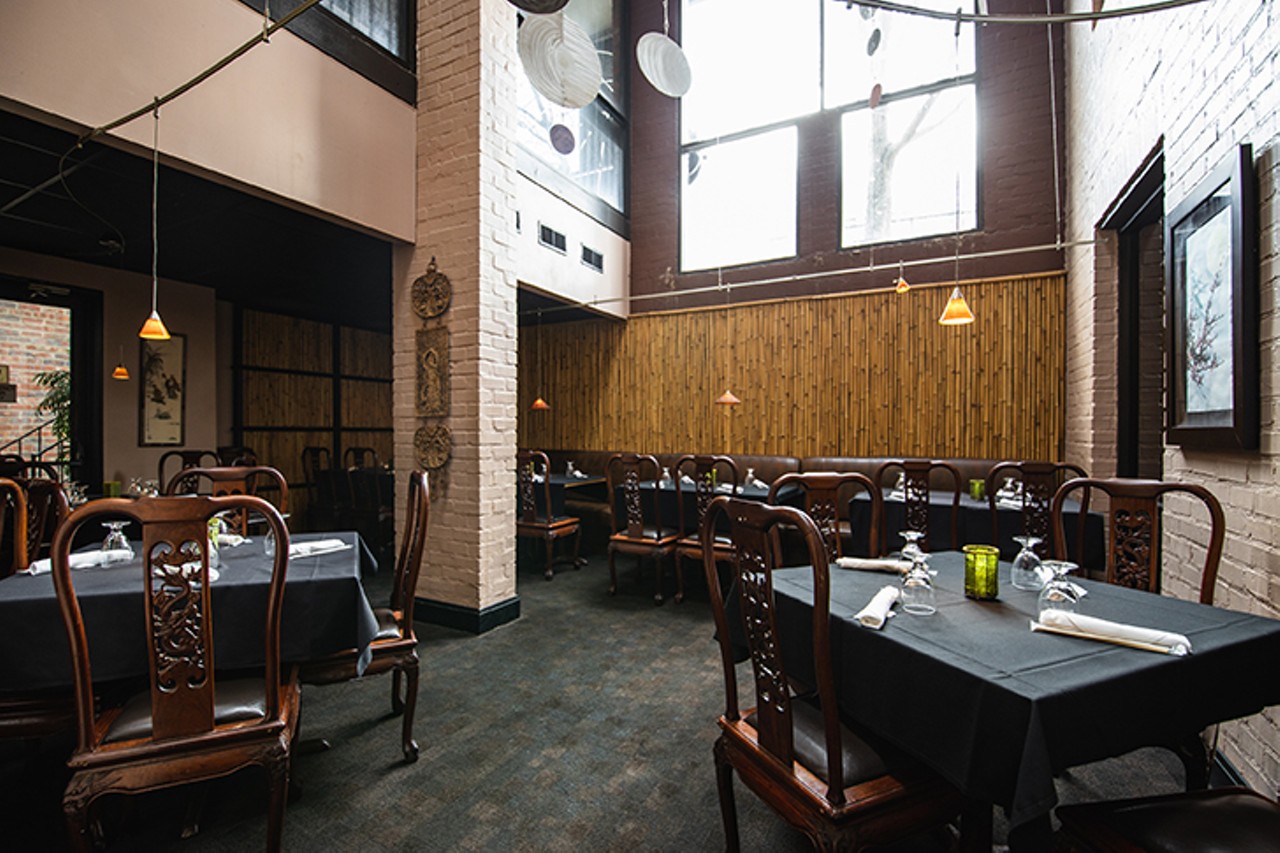 Hailey Bollinger
This dining space has plenty of natural light 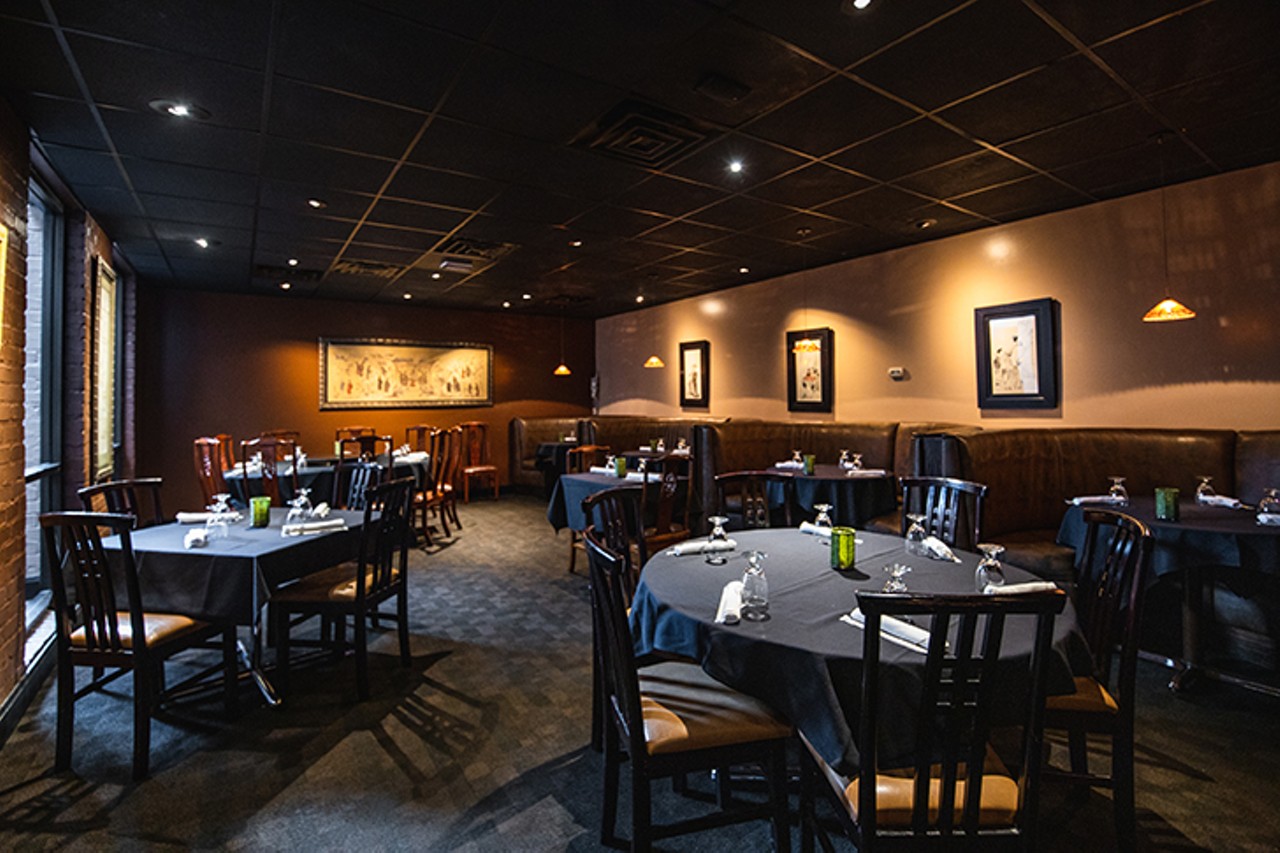