Malls: These havens of hearty Midwestern consumerism have been on a slow death spiral as innovations like e-commerce and Amazon work to take over the retail world. Humans are losing their lust for large-scale interior expanses of clothing storefronts, food courts and play areas with quarter-machine rockets. This change in consumer habits is possibly no more real — and ominous — than at the skeletal remains of the Forest Fair Mall aka Cincinnati Mills aka Cincinnati Mall. While it has gone by several names, the basically abandoned 2 million-square-foot, almost 30-year-old structure is like an episode of Ghost Hunters meets Life After People meets The Walking Dead (minus the zombies). Today, you can walk the darkened mall and marvel at the eerie shuttered shops, neon debris and empty Orange Julius stands with a gnawing nostalgia and the palpable unease that comes from entering desolate spaces that should be filled with people. Though it feels like you shouldn't be there, but you can be: Cincinnati Mills is still open for mall walkers, curious wanderers and people who like to freak themselves out by traipsing through dark vacant buildings. Opened in the late 1980s as the second largest mall in the state, Forest Fair Mall was renovated in the 1990s and became home to anchor stores like Kohl's, Bass Pro Shop and Burlington Coat Factory (and eventually an 18+ nightclub called Metropolis... anyone remember that? R.I.P.). In the 2000s, it was renamed Cincinnati Mills and sold a couple more times. As of 2018, it has only a handful of tenants, including the flagship location of the thriving local Arcade Legacy chain. According to an Enquirer article published in 2017, "The 90-acre site, including the building, a garage and a parking lot, is for sale, with an asking price of $55 million, says John Thompson of Newmark Grubb Knight Frank, which represents the owner. 'As we market this property, we are really marketing it for uses other than retail,' he says, conceding it 'has probably not got a great retail future.'"
Photos by Hailey Bollinger and Wally German
Scroll down to view images 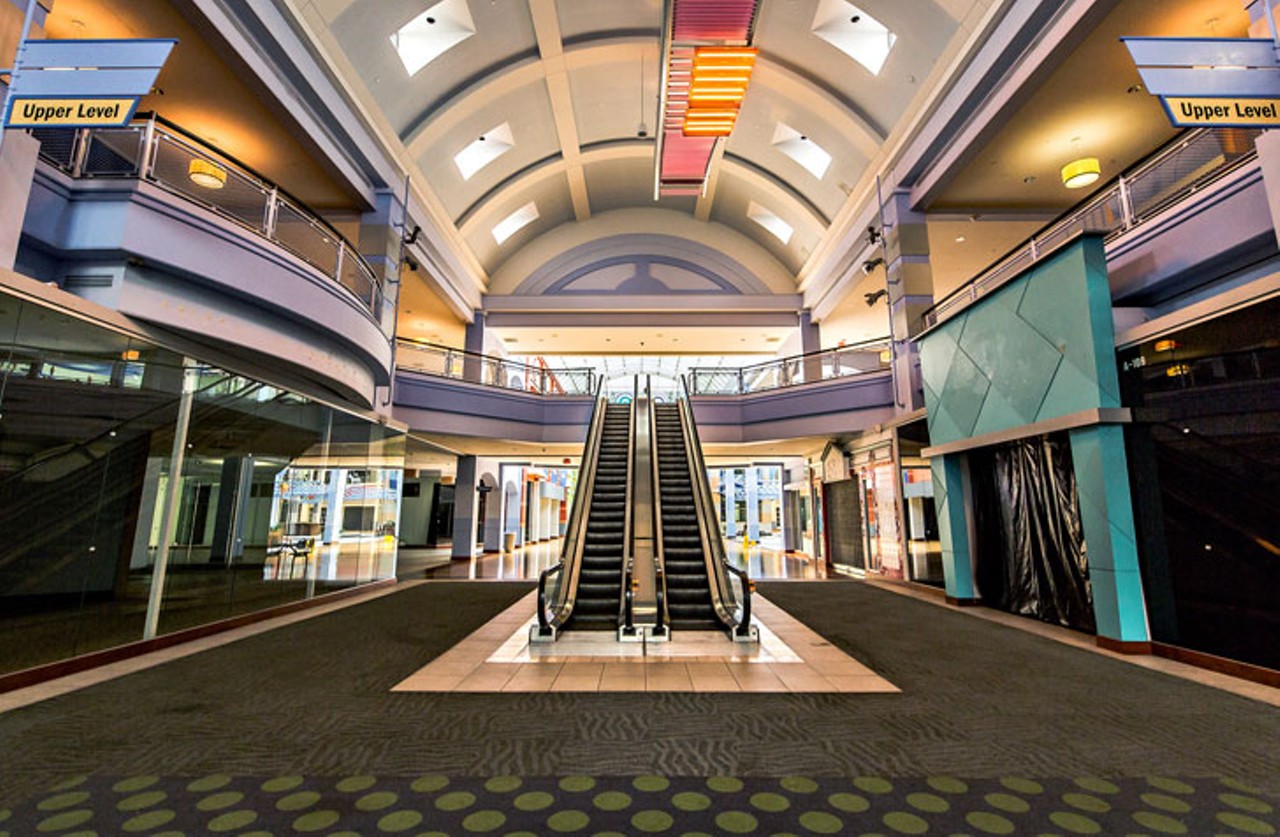 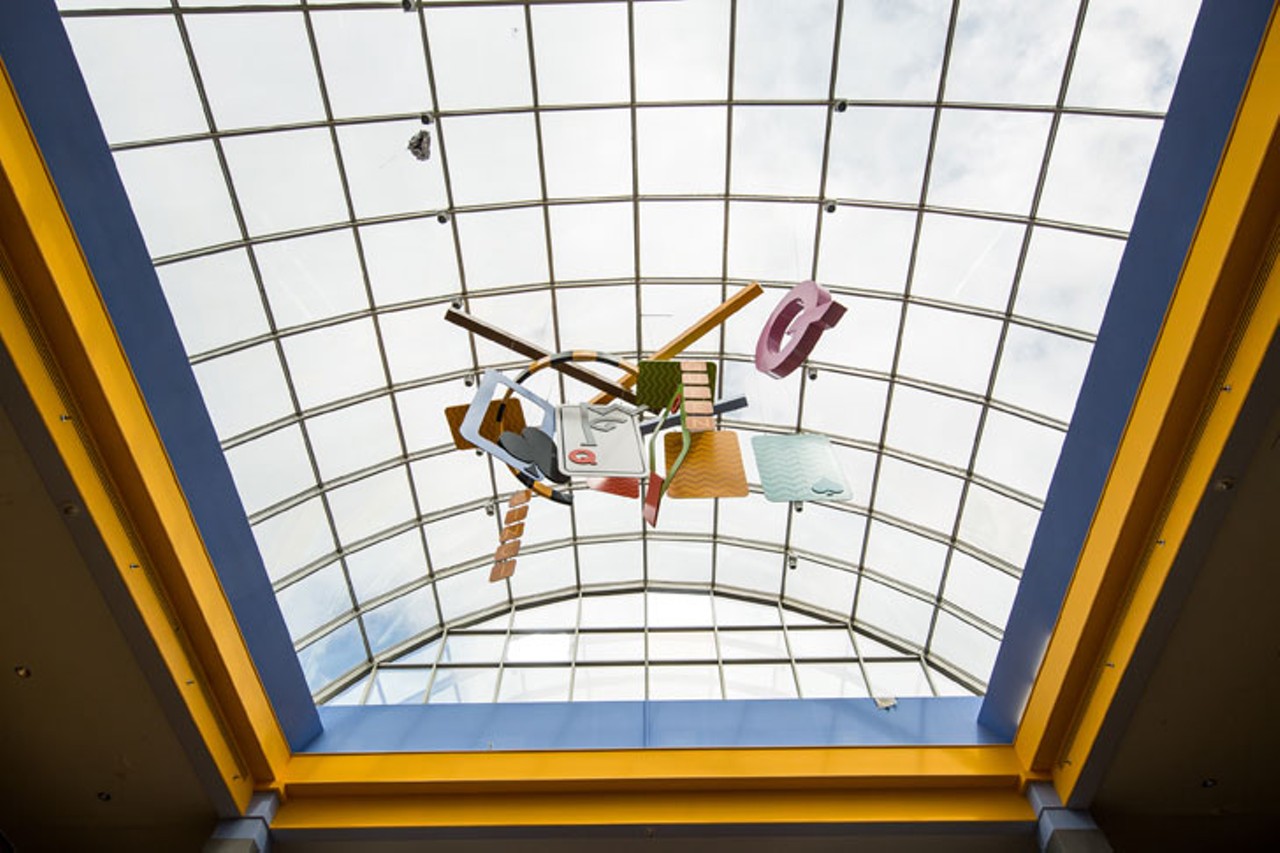 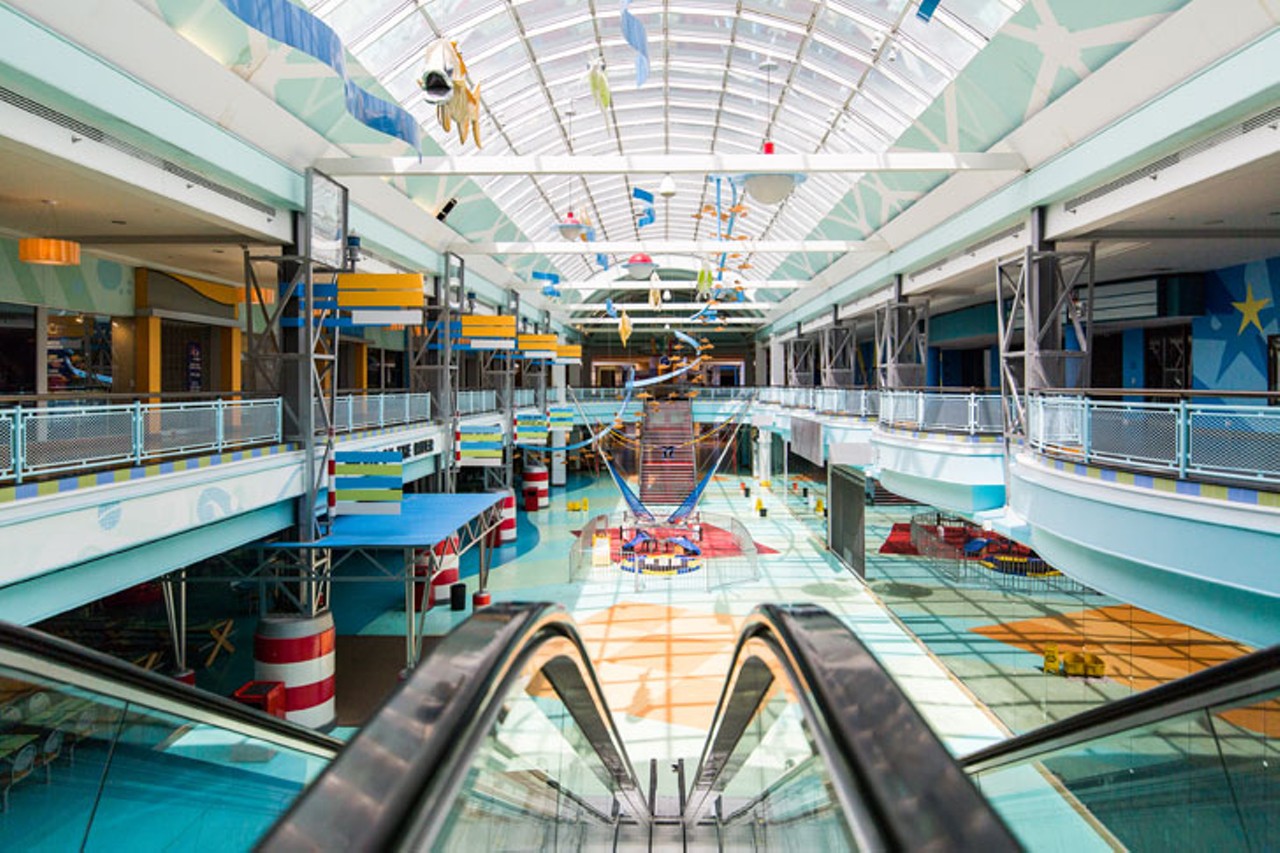 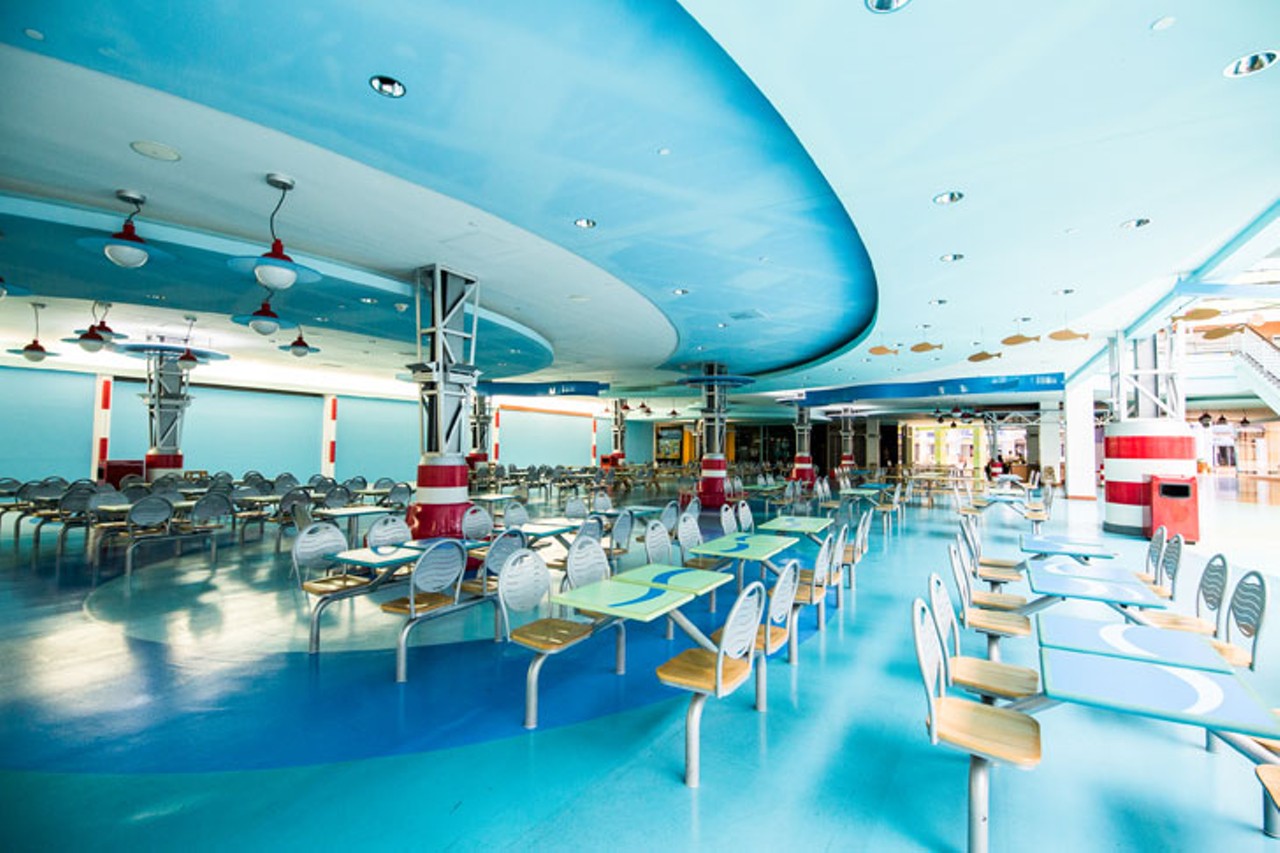 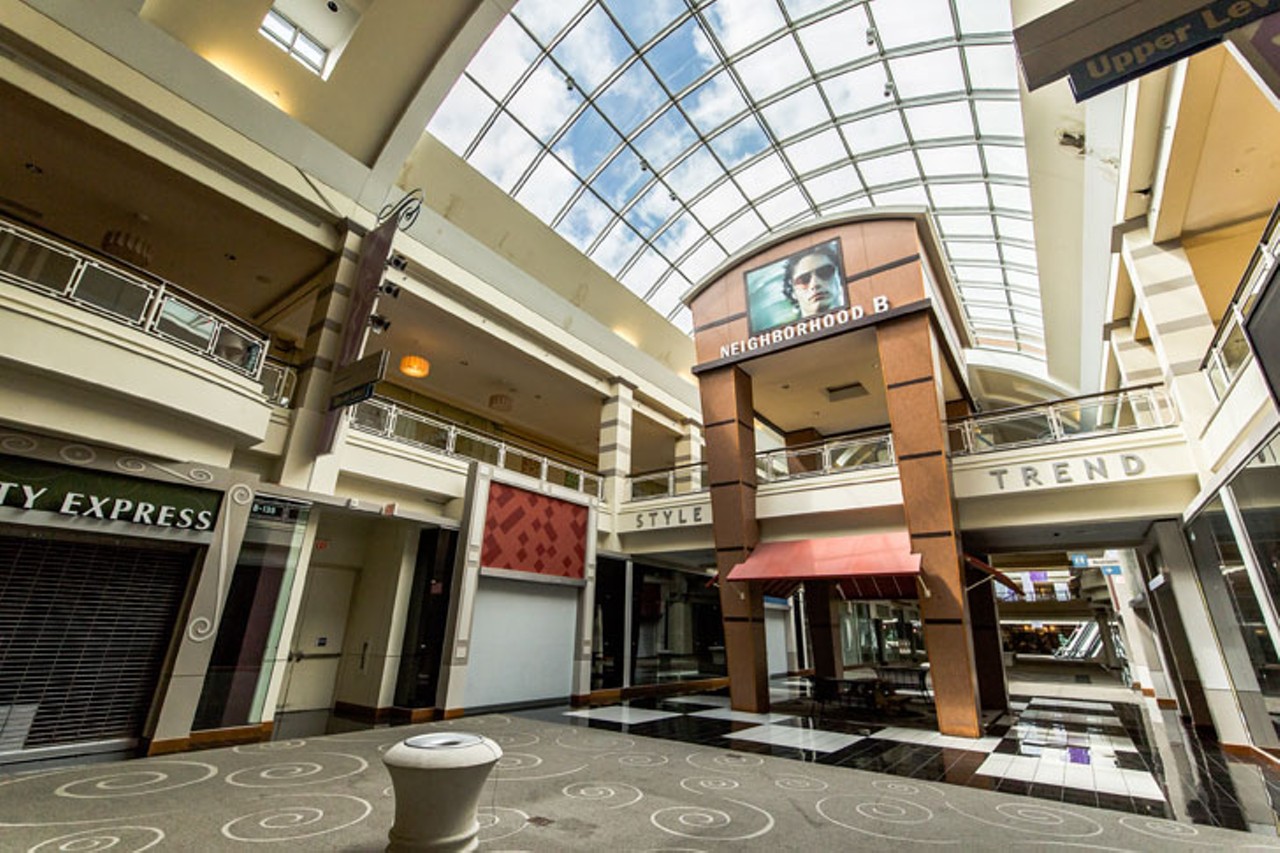 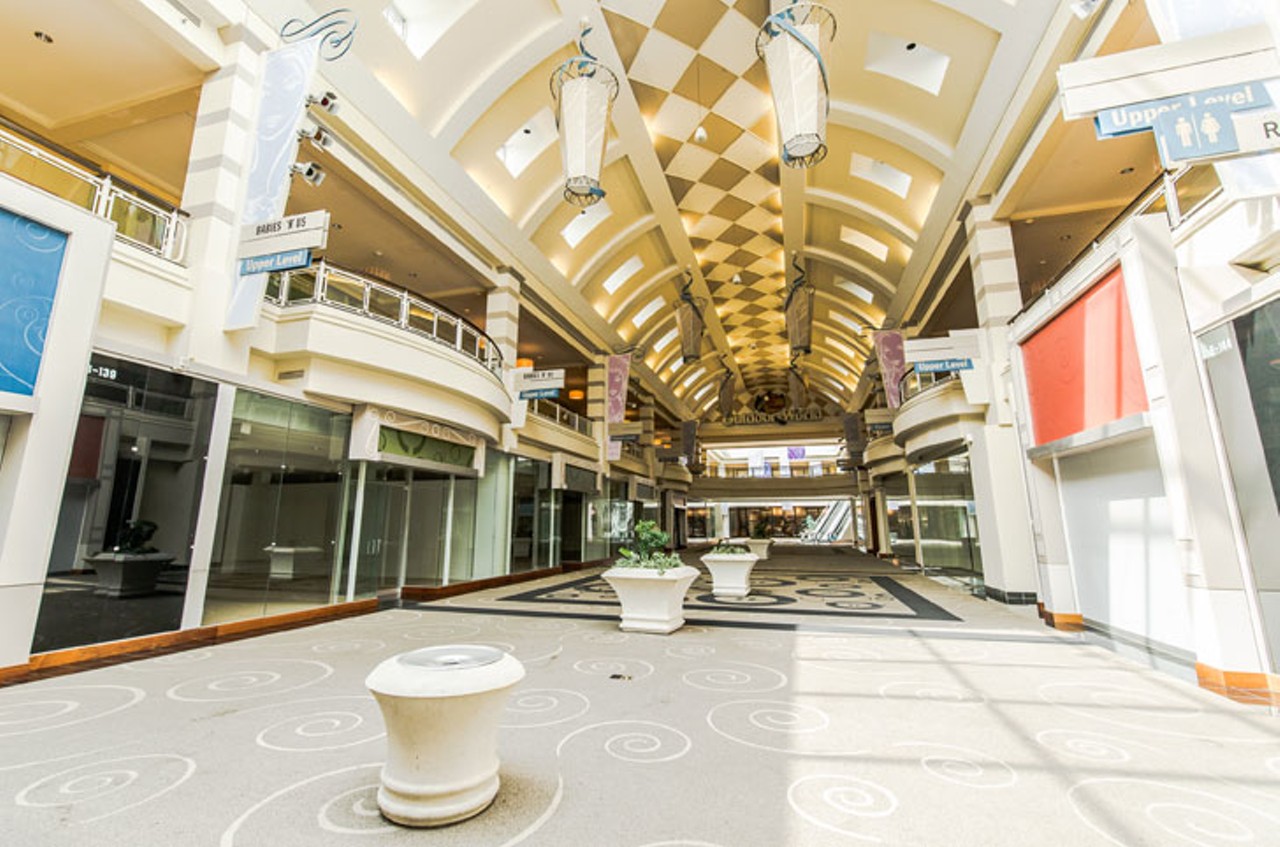 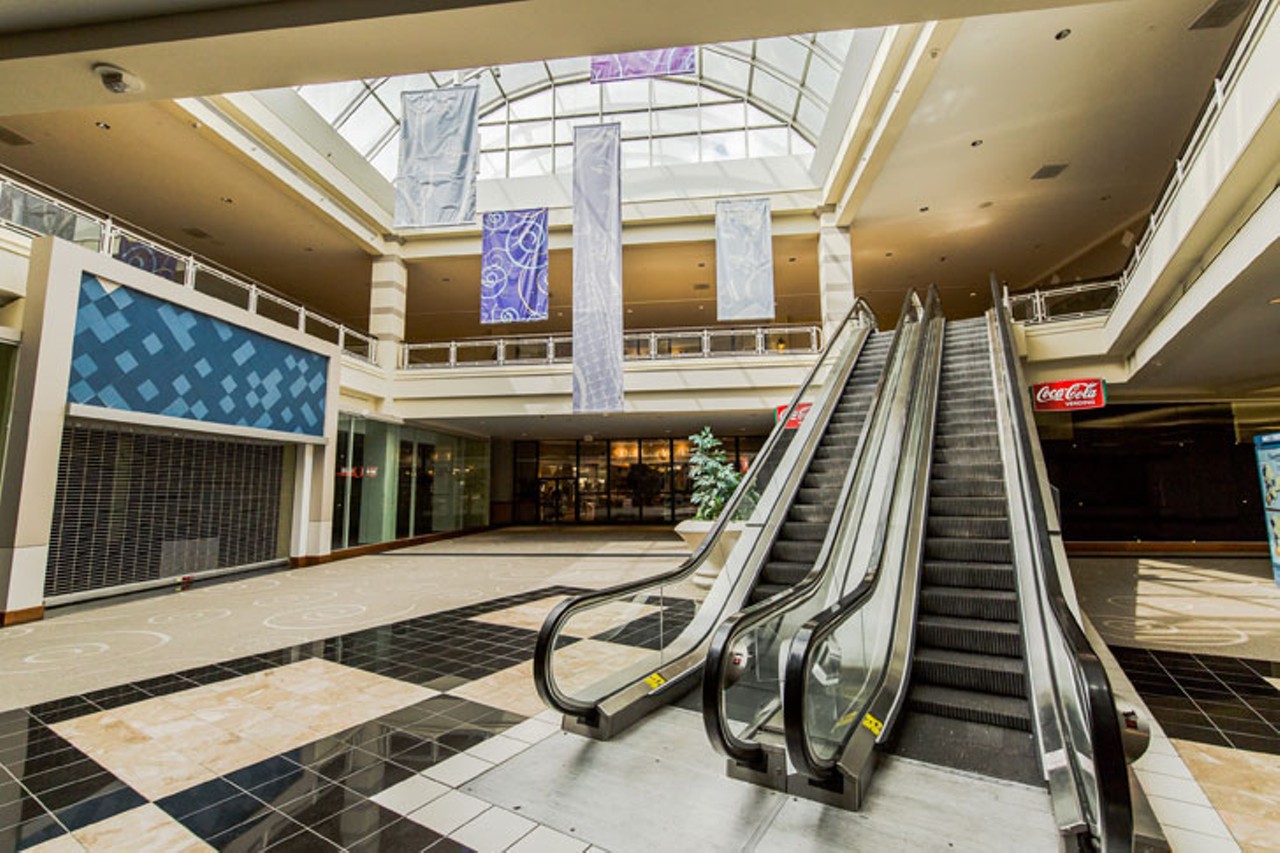 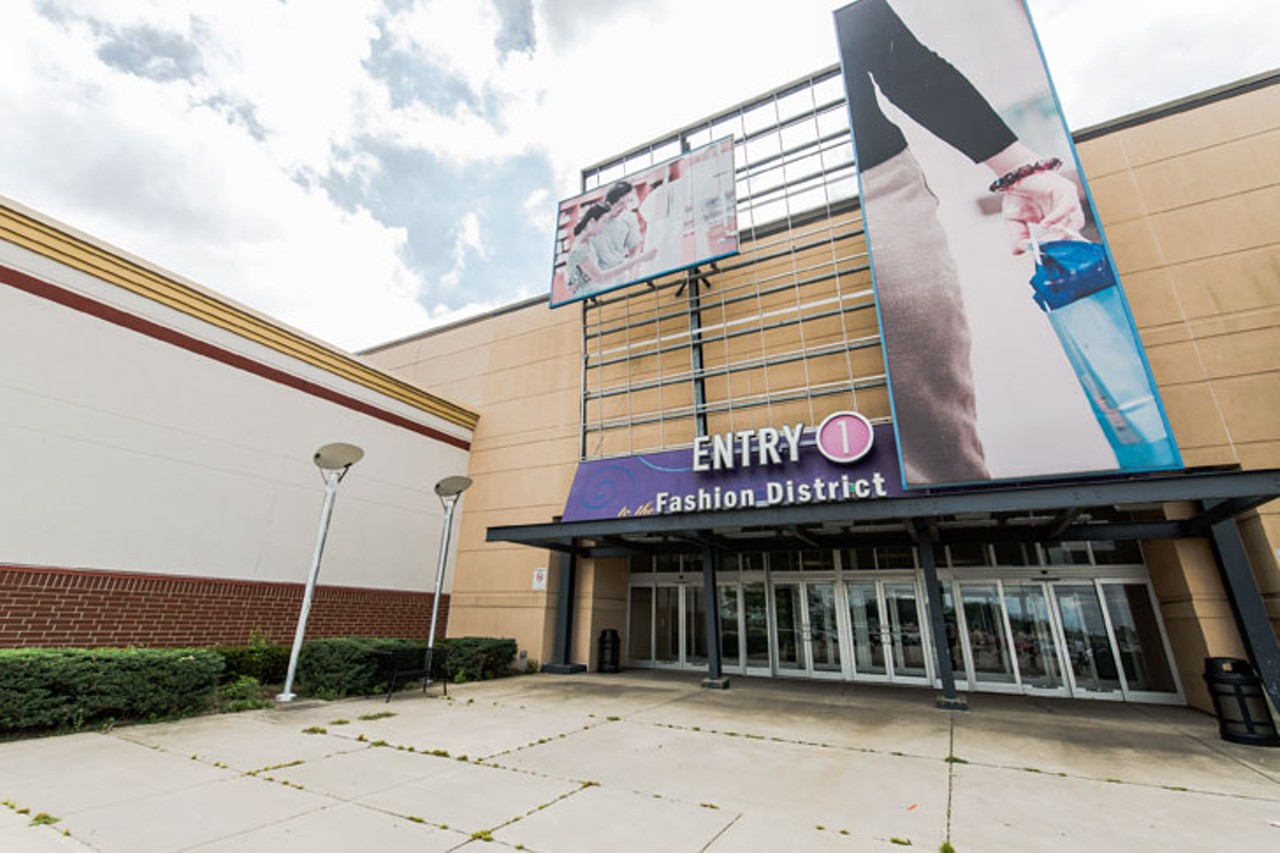 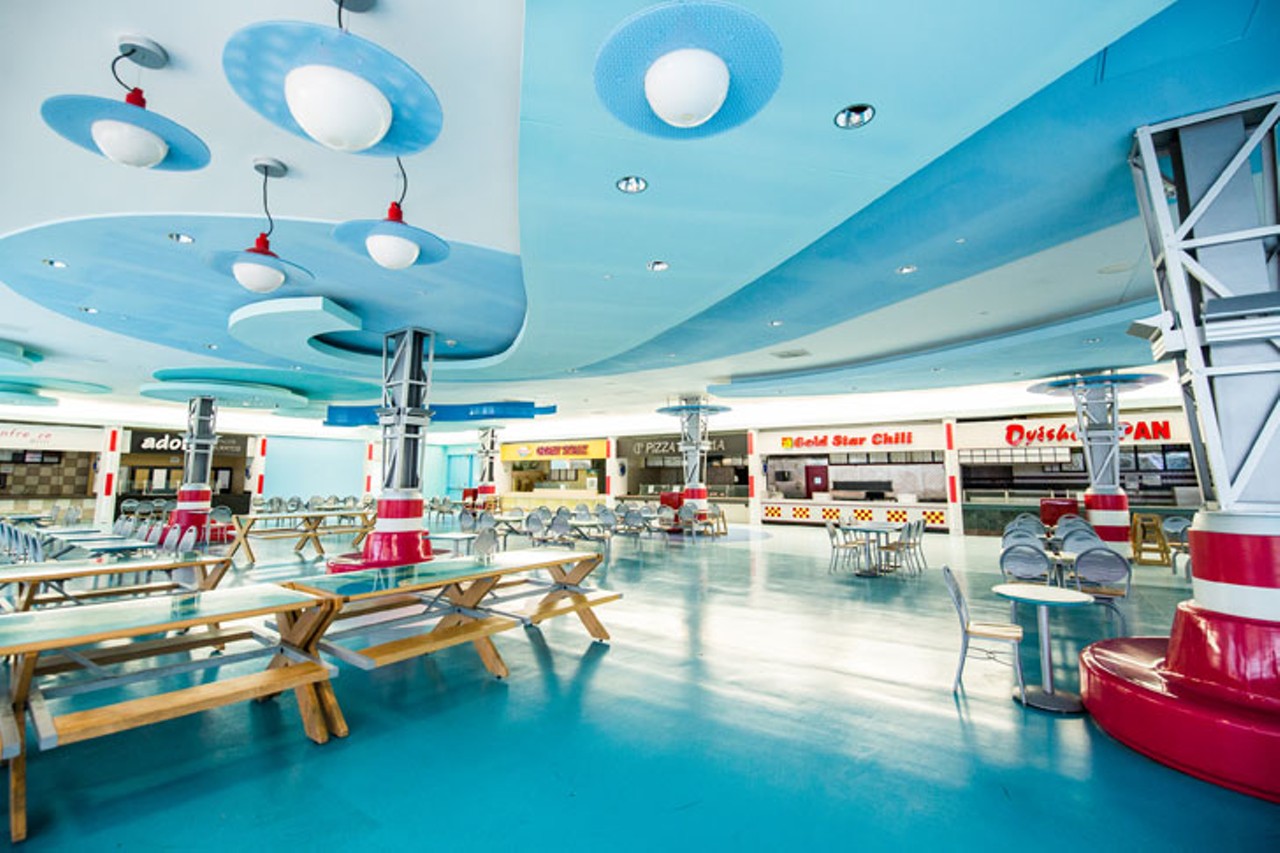 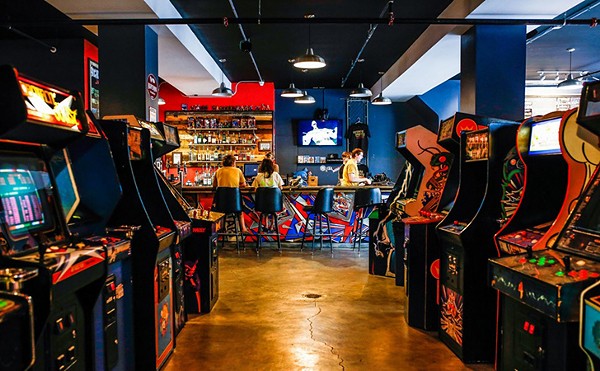