Maize, a new Over-the-Rhine eatery which opened in early July, specializes in a unique fusion menu that honors traditional recipes from across Latin America, with an emphasis on Venezuelan cuisine.

Maize is owned by Louisa Reckman of Queen City Radio and Angel Batista, a native of Puerto Rico. The executive chef is Curtis McGlone, most recently of Italian-Argentinian Alfio’s Buon Cibo and contemporary Southern Hotel Covington.

The restaurant takes its name from maize, a corn flour dating back some 10,000 years and first utilized by indigenous Mexicans. The flour serves as the basis for the arepas, cachapas and empanadas served at Maize, and indeed, Batista looks at the stuff as the starting point for the restaurant’s whole concept. He calls it Maize’s “delivery system,” acting as an access point for the rich world of Latin American cuisine.

To that end, the menu is colorful and varied, with dishes from across the region that complement one another while retaining their traditional roots. Batista rattles off the geographically-assorted origins of such dishes as the Peruvian ceviche, Mexican street corn and Venezuelan cachapas and asado negro.

Photo: Hailey Bollinger
The bright blue accents of the restaurant lend to the tropical vibe, as do the multitude of rum options on the drink menu.

Photo: Hailey Bollinger
Maize has an outdoor patio open for dining or drinking

Photo: Hailey Bollinger
The asado negro de costilla de res: a traditional Venezuelan braised short rib with a panela base (raw sugar that when caramelized has a natural barbecue flavor), served on top of Puerto Rican mofongo (plantains, sofritos and vegetable broth, mashed and seasoned) with heirloom carrots and a sorghum foam. 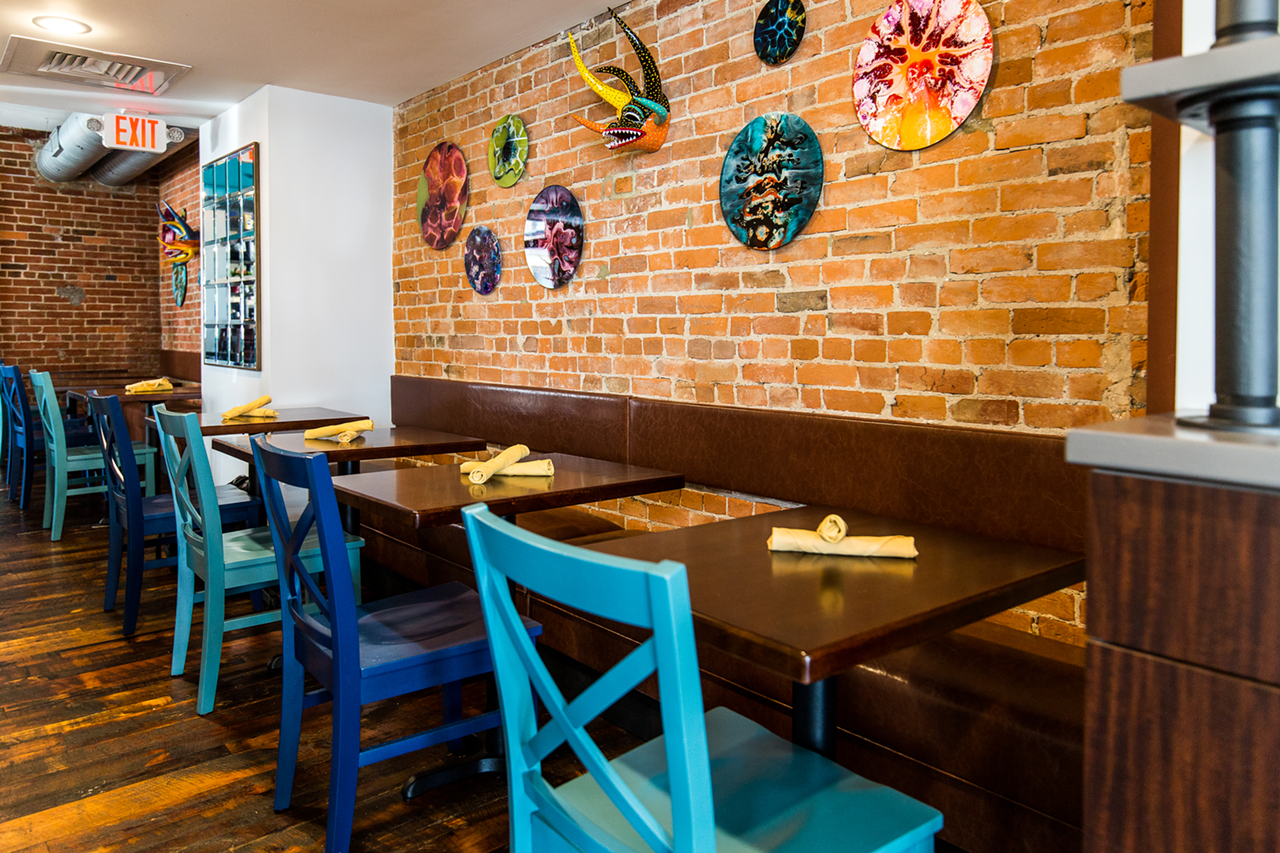 Photo: Hailey Bollinger
More dining space between the front and back of dining rooms