Cincinnati Museum Center — located in historic Union Terminal, which originally opened in 1933 as a train station hub — recently wrapped up its first full structural restoration in the building’s 85-year history.  The renovations began in summer 2016 and doors officially reopened to the public on Nov. 17. The $212 million project was partially covered by the city, with a .25-cent sales tax increase approved by Cincinnati voters in 2014. Since construction began, most of the museum has been closed — sans a few traveling exhibits and the children’s museum. Despite the grand re-opening, there are still a few projects to finish. Here's what's open and up-and-running at the Museum Center: The iconic clock on the building façade once again keeps the correct time; the 8,000-square-foot fountain is now fully-functional and water can flow freely over its regal, tiered levels; visitors can once again stroll through the Museum of Natural History and Science; and the Omnimax Theater is hosting screenings once again. Three new glycol chillers, five hot water boilers and two steam boilers are all operational and keeping the building at a comfortable temperature. The exhibits GUITAR: The Instrument That Rocked the World and Chocolate: The Exhibition run through Jan. 6. For ticket prices, visit cincymuseum.org. For more on the Cincinnati Museum Center's updates and reopening, click here.
Photos by Devin Luginbill
Scroll down to view images 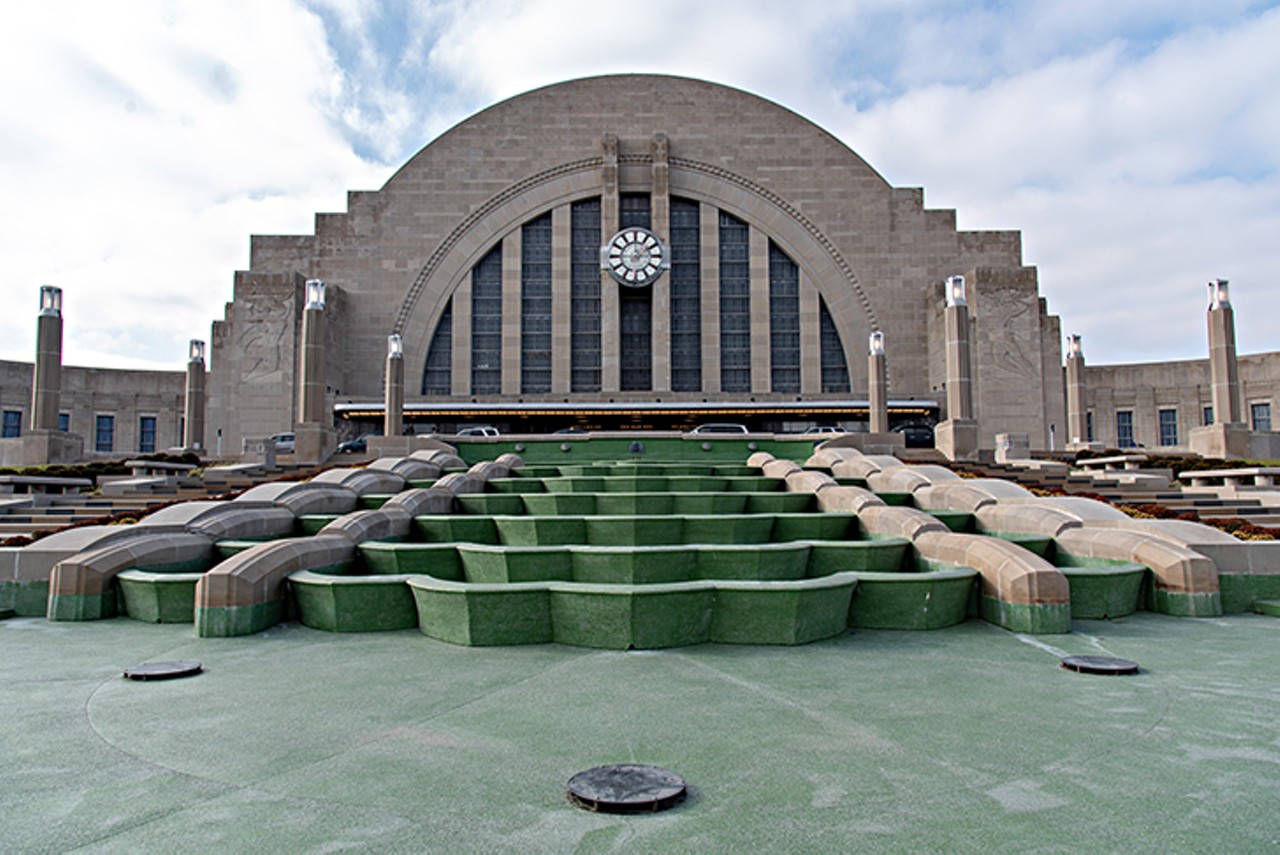