Cincinnati-based realtor Perrin March has been in the business of selling some of the city's most noteworthy and historic luxury homes for over two decades. As a specialist in exquisite real estate, it's no surprise that his childhood Hyde Park home is one of impeccable beauty and narrative — and it just hit the market. Located at 2680 Grandin Place, this abode is rich in history that dates back to roughly a century ago when the building was a former carriage house for one of the nearby estates. The space was converted into a home in the 1950s by a woman named Dorothy Kersten. March's parents, Perrin and Maud (who have both passed away over the past decade), later purchased the home from Kersten in 1967. They added a 1,500-square-foot wing with a master suite, put imported Italian marble floors in the foyer and then moved in and raised their family there. The one-of-a-kind home maintains its original wooden ceilings and beams, as well as its expansive rooms from its former life as a carriage house. "The extra-large living room was where the carriages were kept, horses were walked around back and boarded in the walk-out basement, and the hay was stowed up on the second floor," said March in an email interview. When perusing through the listing images, you'll probably notice some stunning woven tapestries throughout the home. Maud March was an artist who moved to the United States from Sweden in 1962 for an artist residency at Our Lady of Cincinnati College in East Walnut Hills. (The school later became Edgecliff College and eventually merged with Xavier University.) The pieces proudly displayed throughout the home were all created in her basement studio over the years. "One large window provided her with the natural light she wanted to produce her weavings," March said. "The piece in the dining room is actually 12 separate needlepoint squares, done over years of carpooling when we were little. The two large pieces in the foyer were batik, the medium that mom worked in when she first came to the states. Her batiks are some of my favorites; mom was an incredibly gifted artist and her style was unmistakable." March explains his favorite thing about the home is its uniqueness. "I've been in hundreds of homes over the years and I have never come across one that I found as interesting as this one! It's a combination of the spaces, the setting and the history." He also notes there is a hidden elevator in the home that travels from the living room to his childhood bedroom — though he was told not to play with it as a child, he loves showing it off to guests now. The home is priced at $1,297,000, spans over 5,000 square feet and features 3 beds and 4 baths. For more information about the listing, reach out to Perrin March.
Photos by Chris Farr with The First Showing LLC
Scroll down to view images 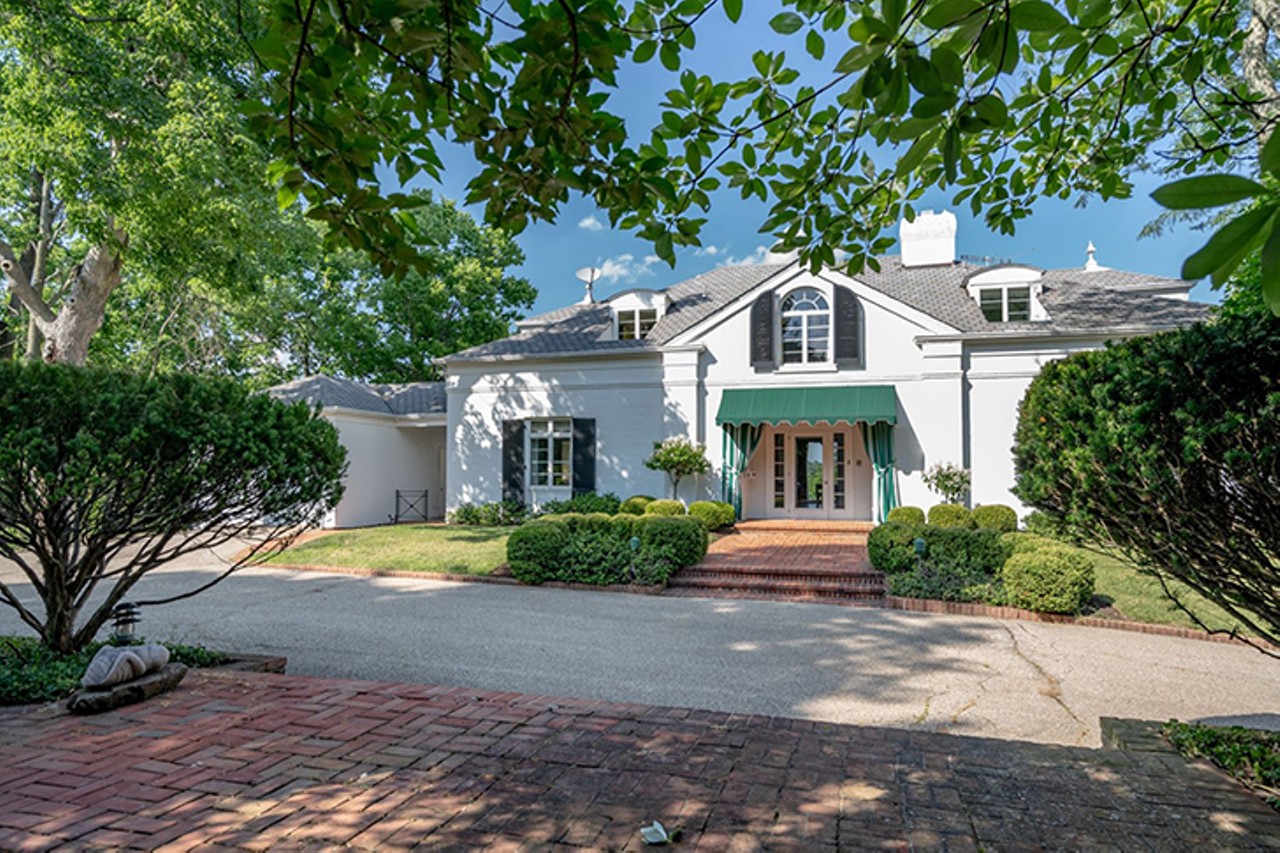 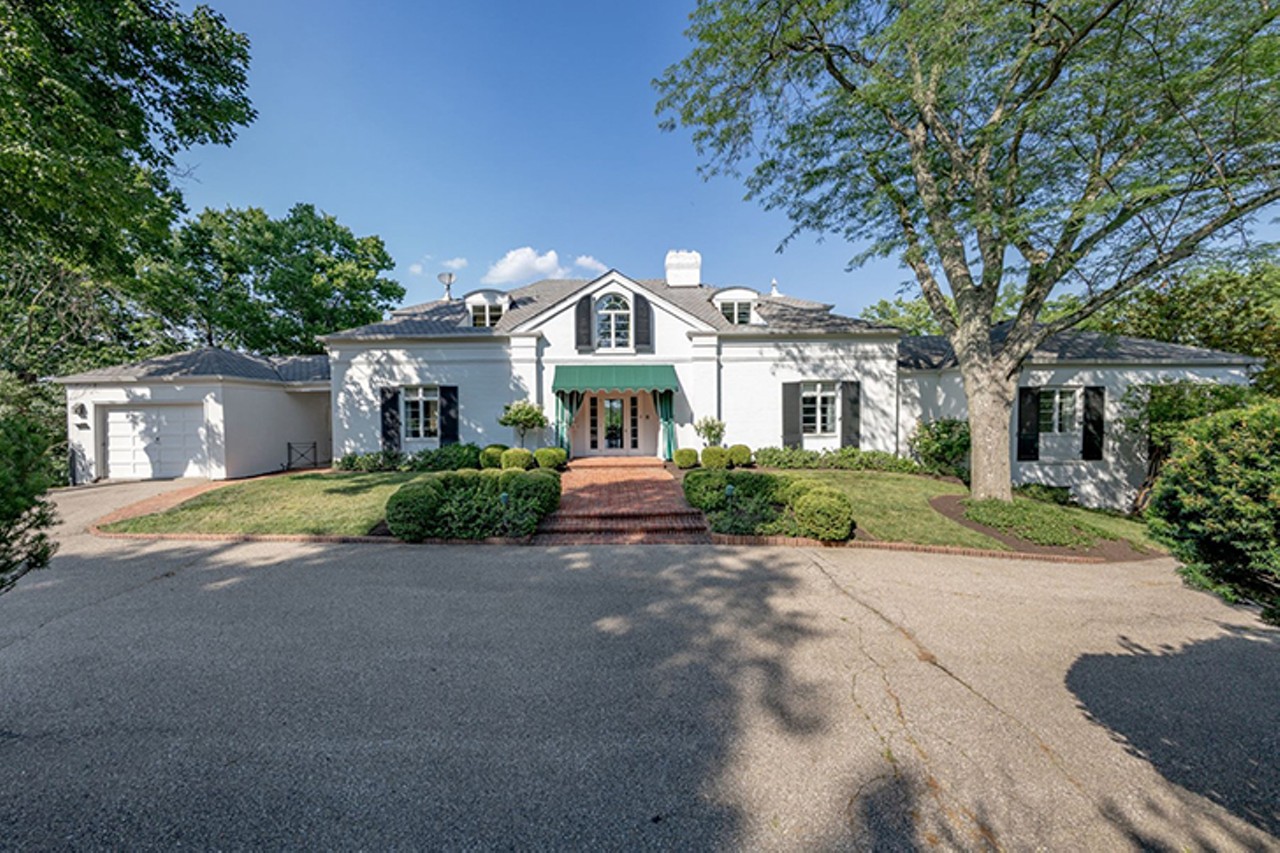 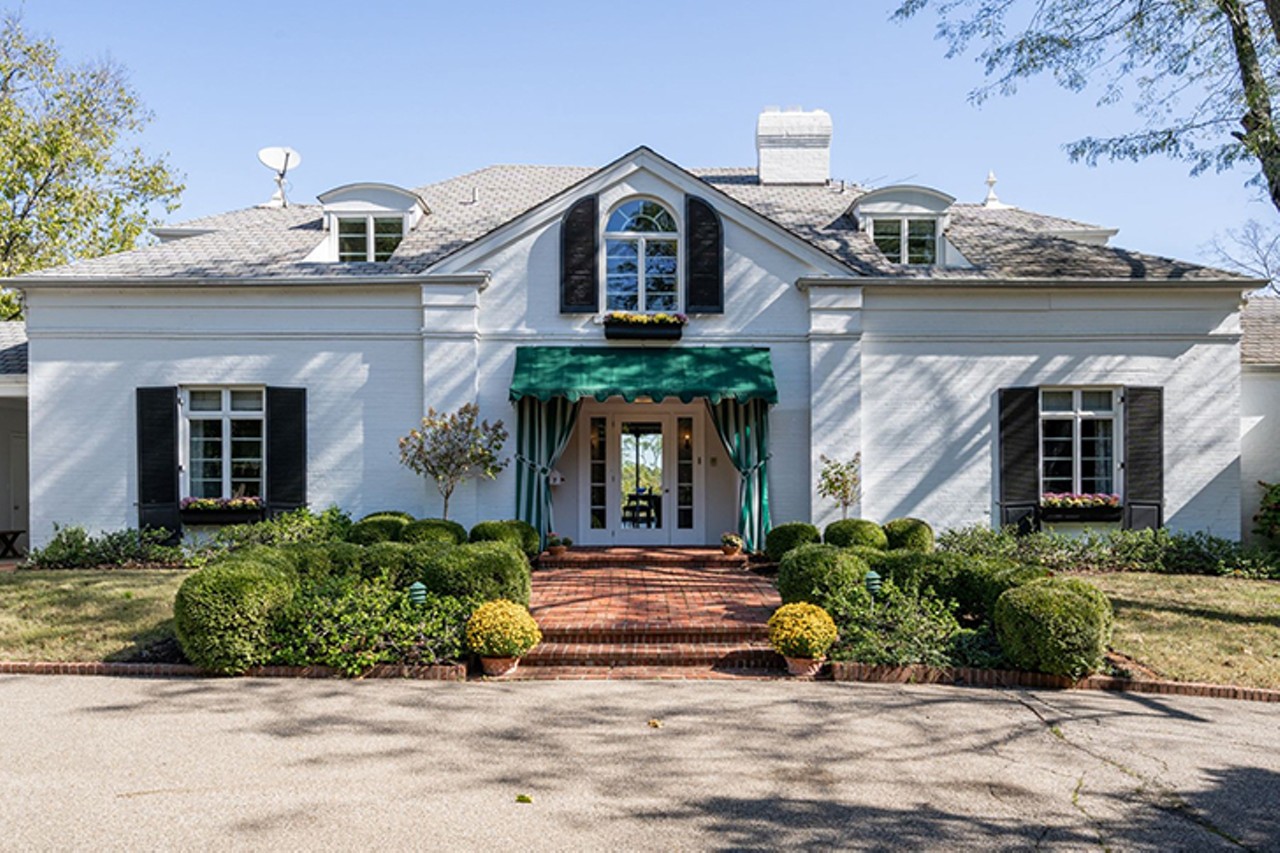 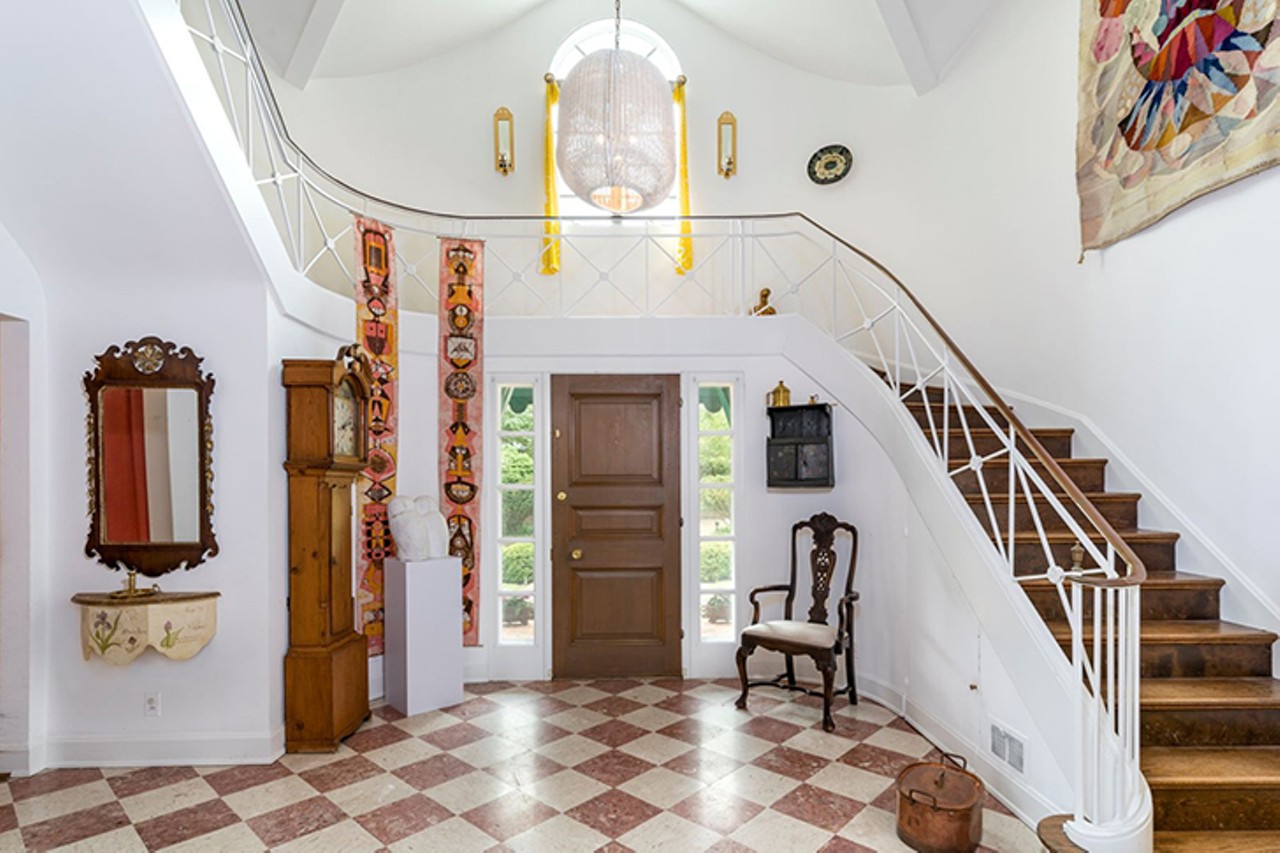 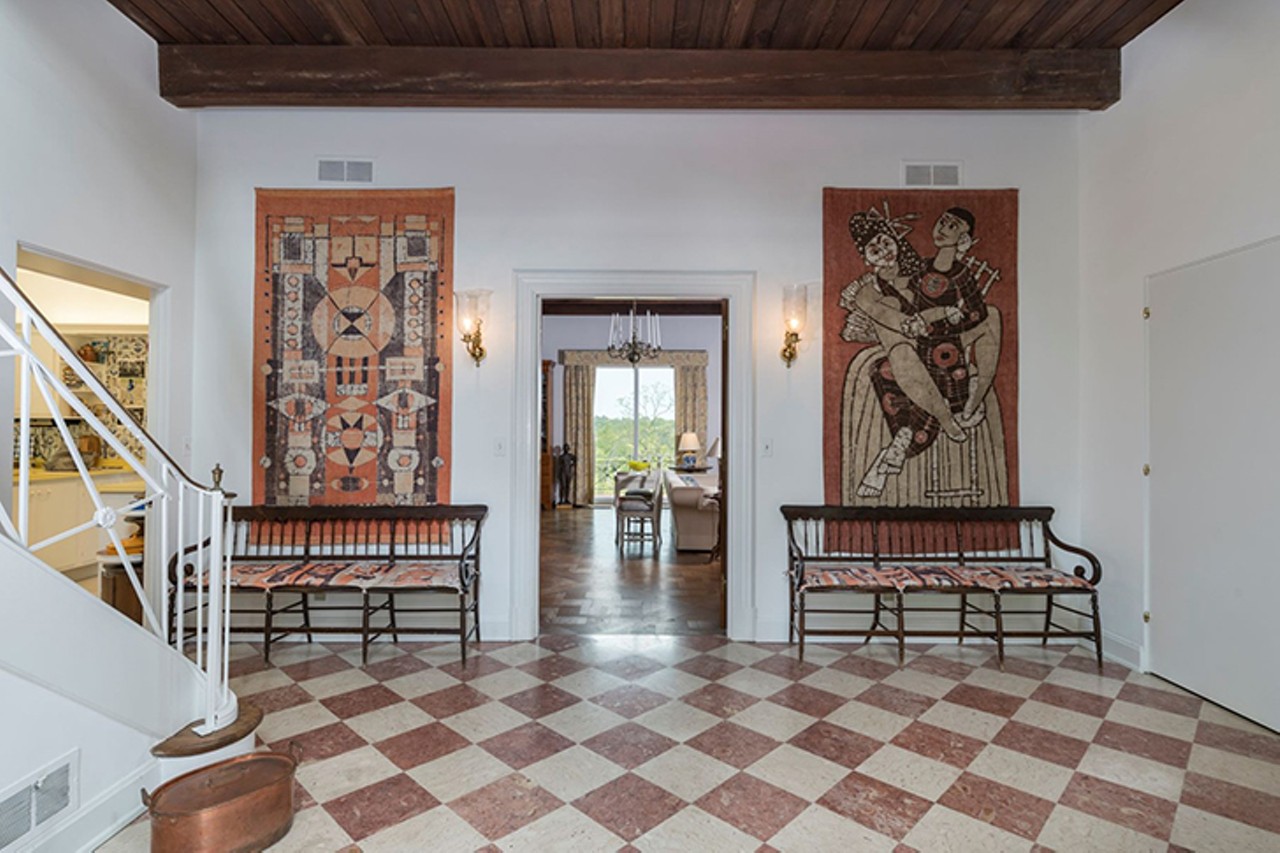 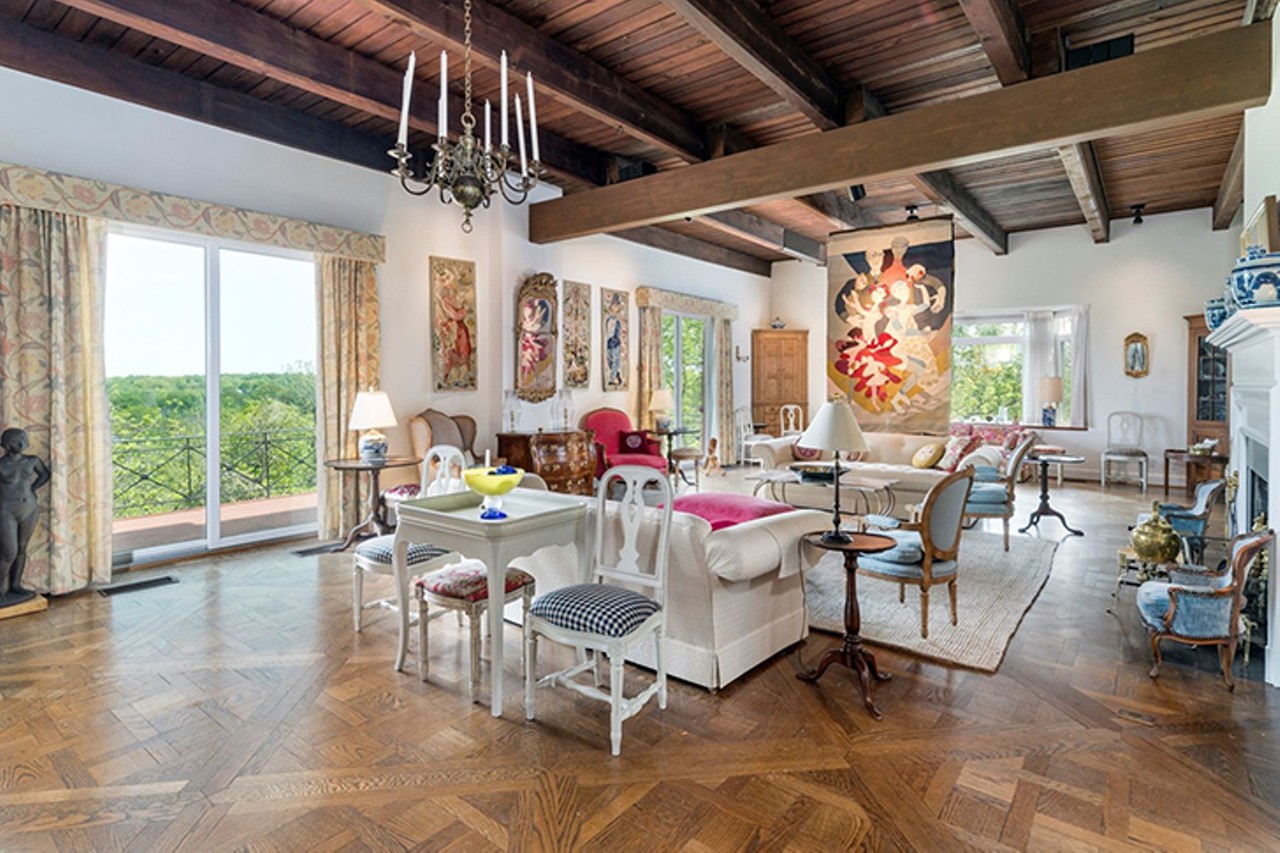 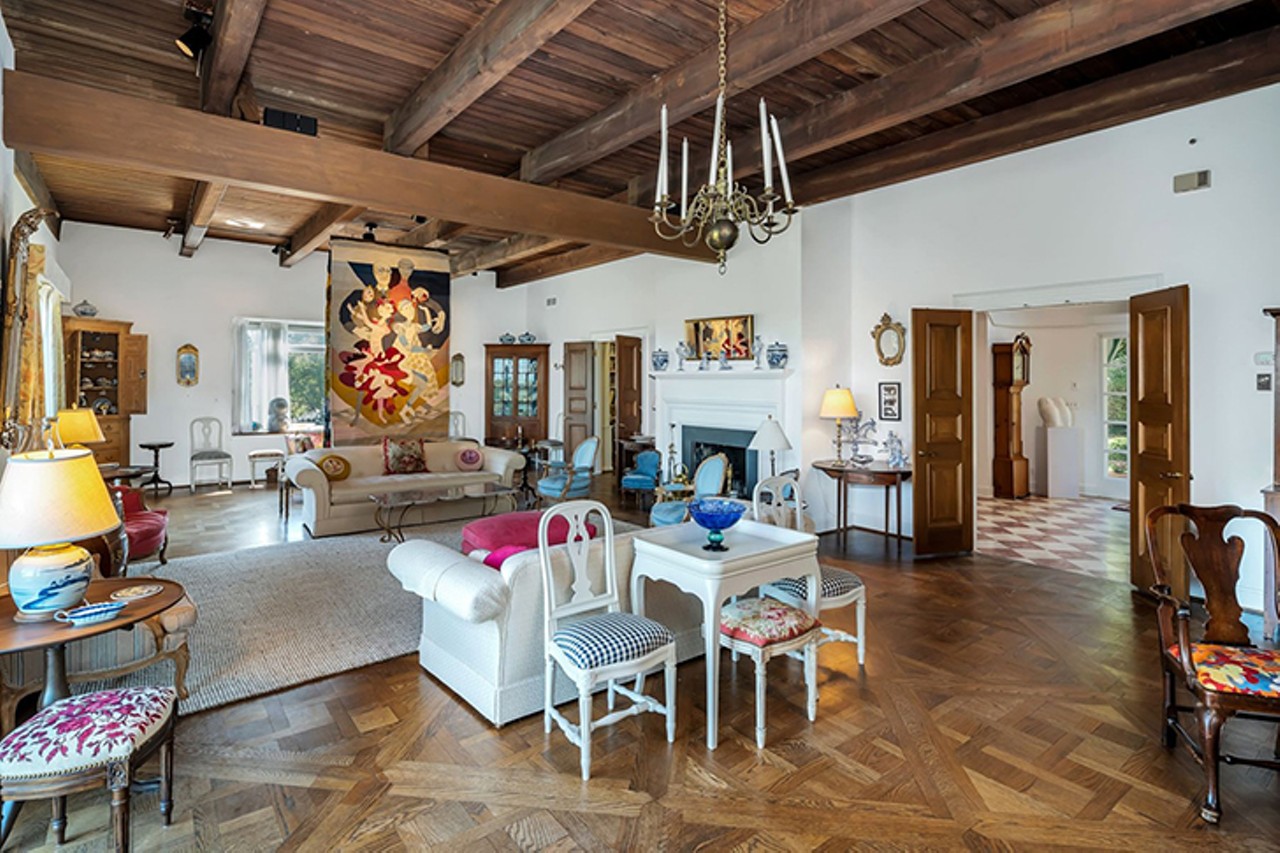 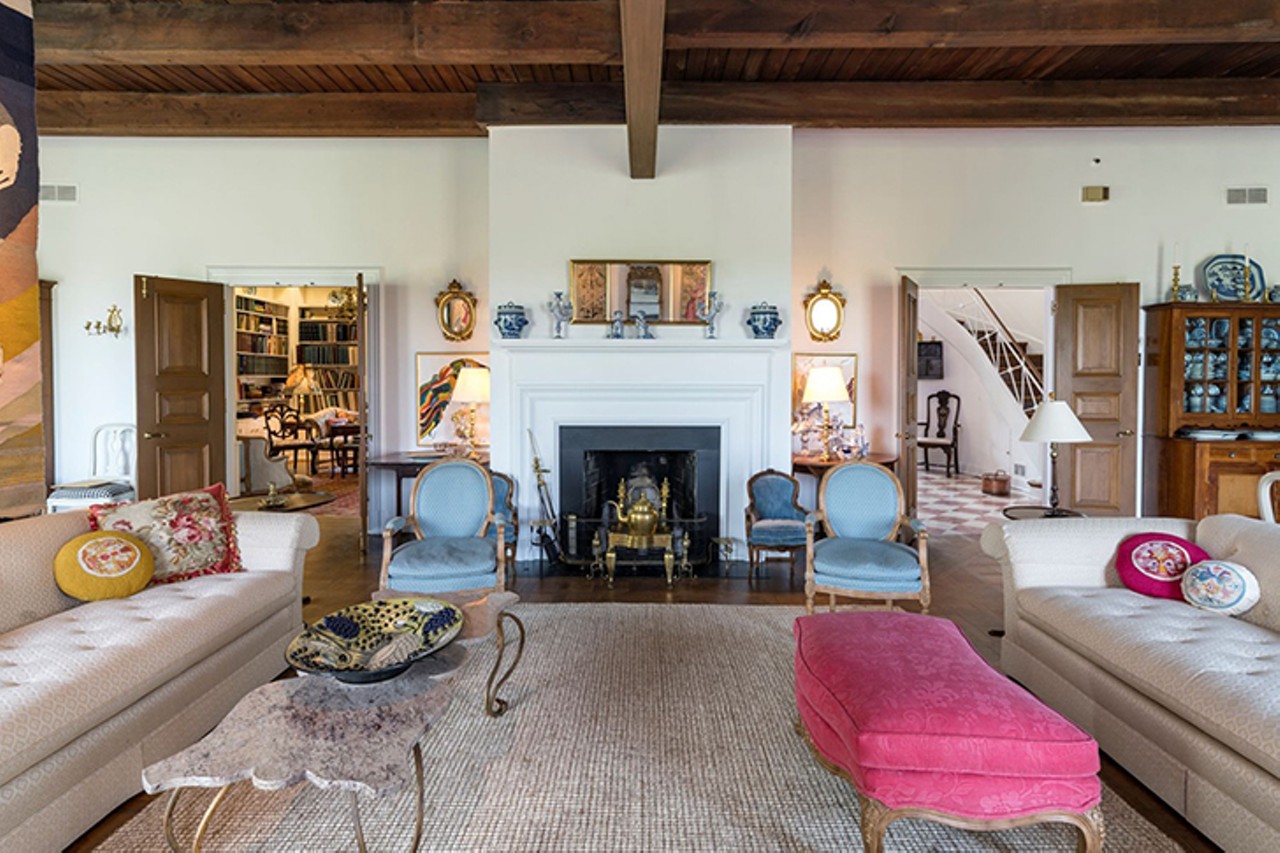 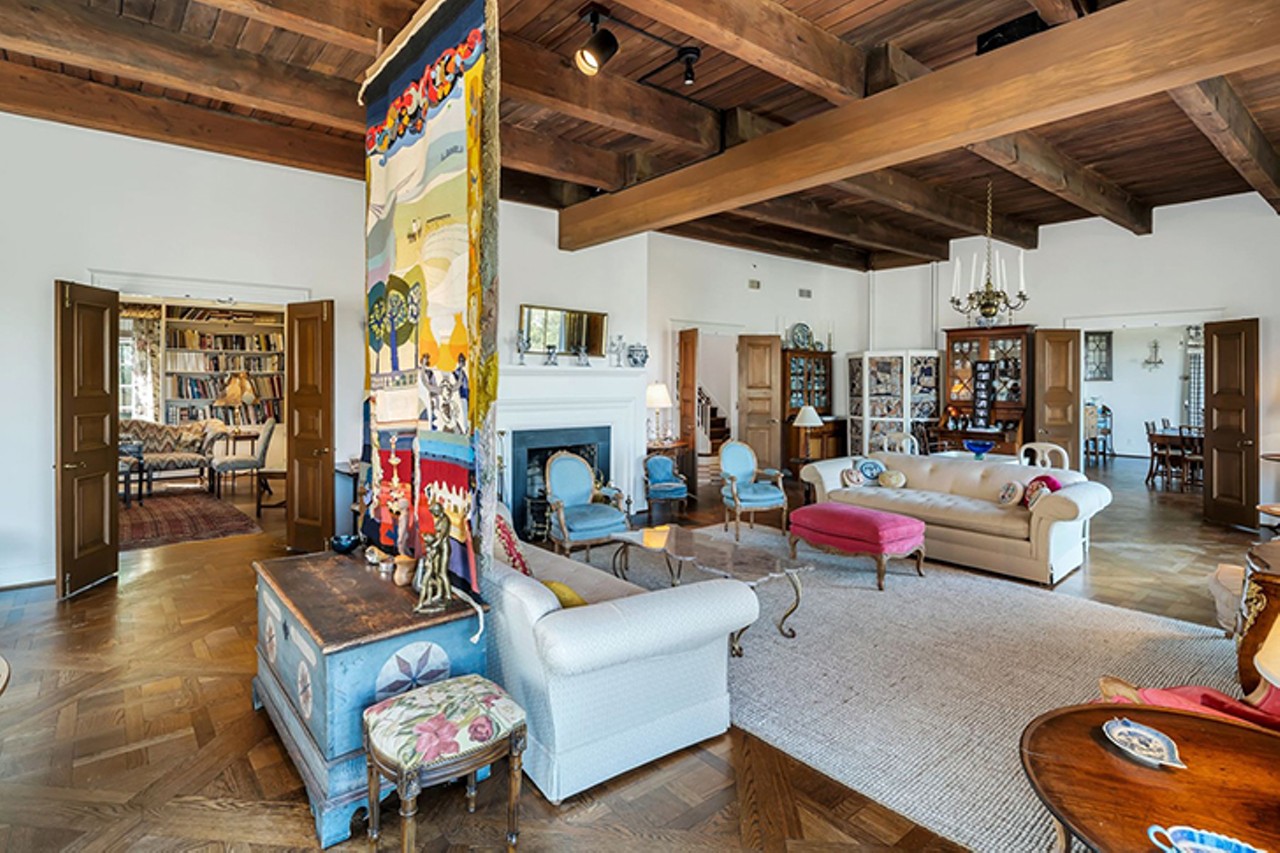 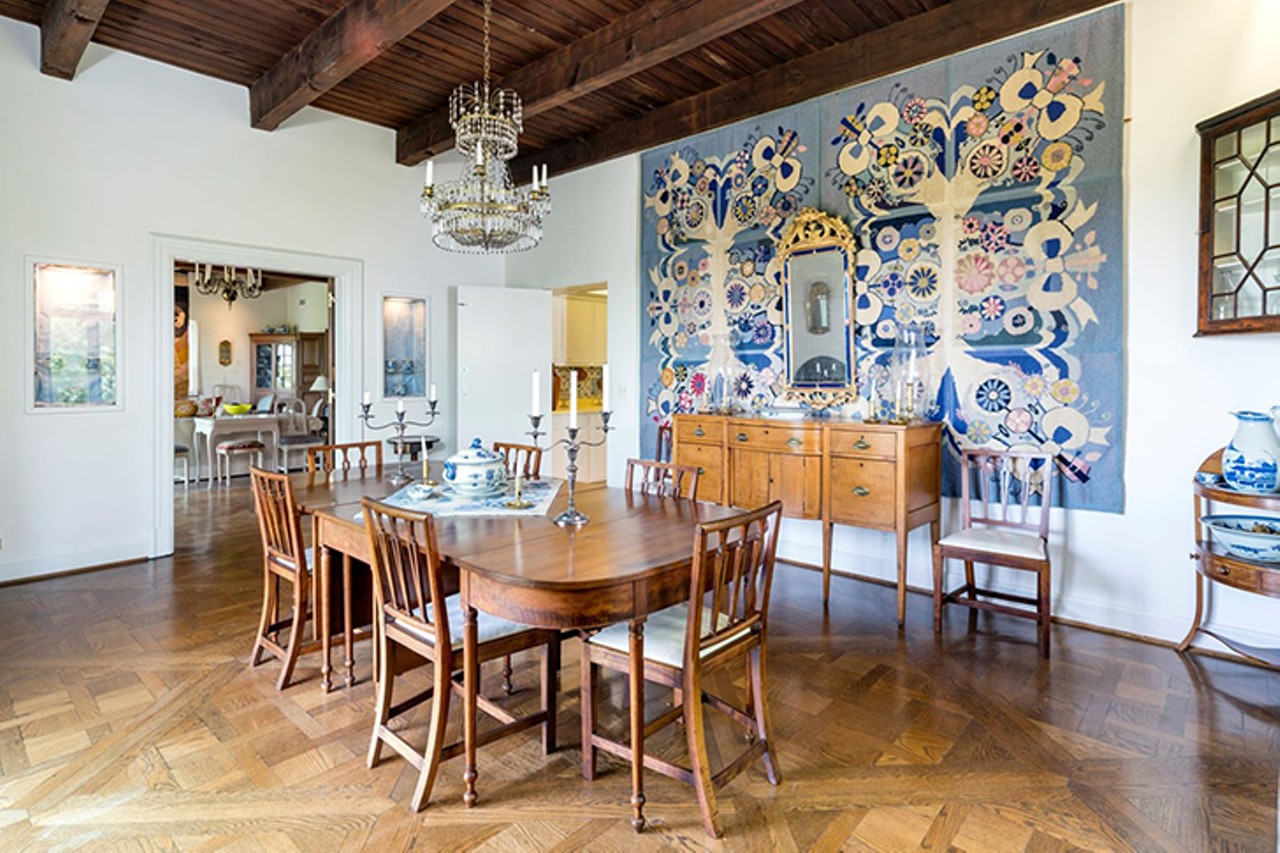