Ownership of what started as a bourbon bar with a small menu remains in the hands of a quartet of Northsiders, who initially brought in chef Shoshannah Anderson to create the food offerings. More recently, the foursome — John Ford, Mike Berry, Matt Distel and Chad Scholten — opened a game room/sports bar called Second Place next door to the Littlefield. And after a few years of Anderson’s cooking in a tiny kitchen, the team decided to create a larger canvas for her food artistry: Last December, they opened Branch in East Walnut Hills, with Anderson as head chef. But the Northside spot never skipped a beat after Anderson’s departure. They hired Joe Stalf to oversee food service at Second Place and the Littlefield, charging him with creating what eventually became five of his own menus in the ensuing months. Stalf said he crafted menus for brunch at both establishments, evening fare at Second Place and lunch at the Littlefield before finally debuting a dinner menu at the Littlefield in early September. ince coming on board about a year ago, Stalf has reorganized the kitchen and streamlined its staff, which he said makes it easier to move around in a fairly small space. When I asked him how his cooking differs from Anderson’s, he said that while they share many values, his tastes lean toward combining elements of both Southern and Asian cuisines. Read a full review at citybeat.com.
Scroll down to view images 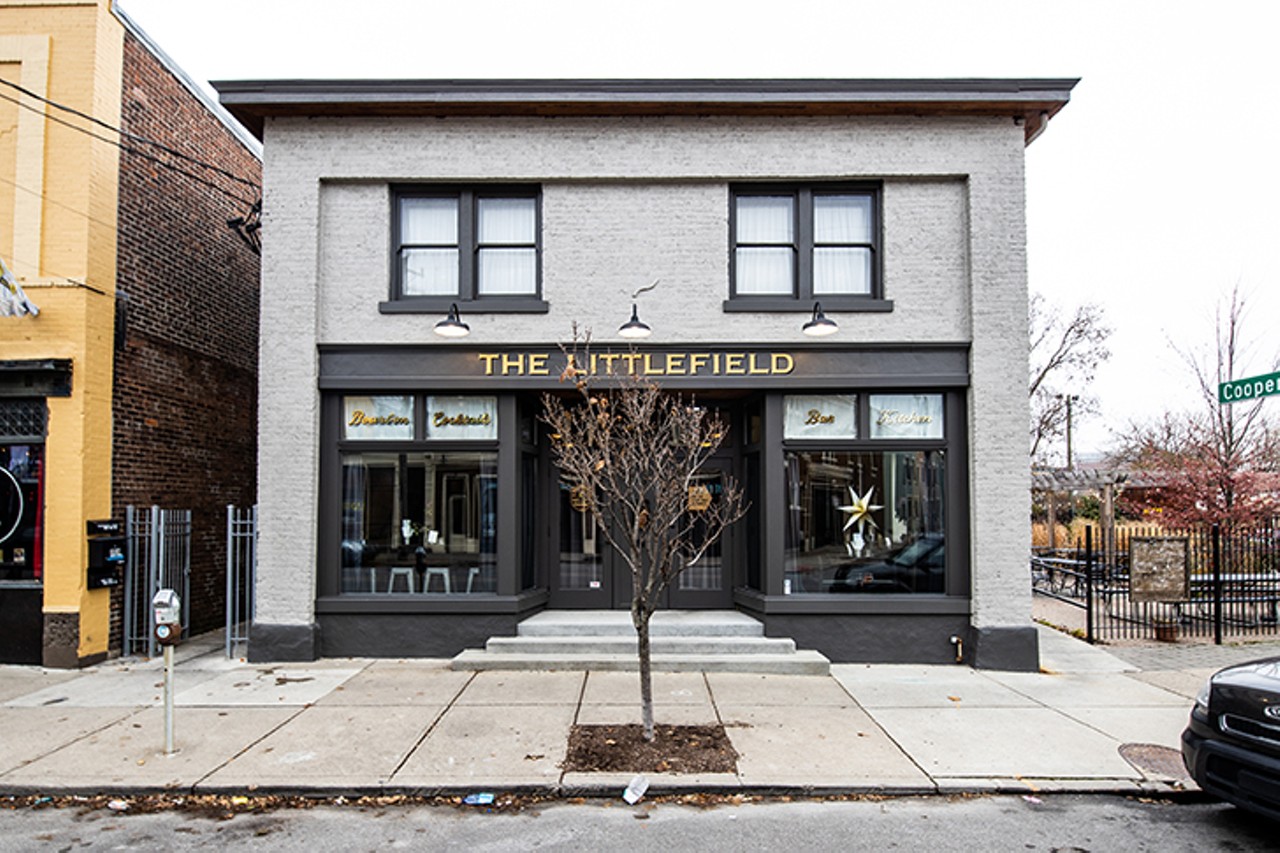 The Littlefield bourbon bar and bistro opened in 2014 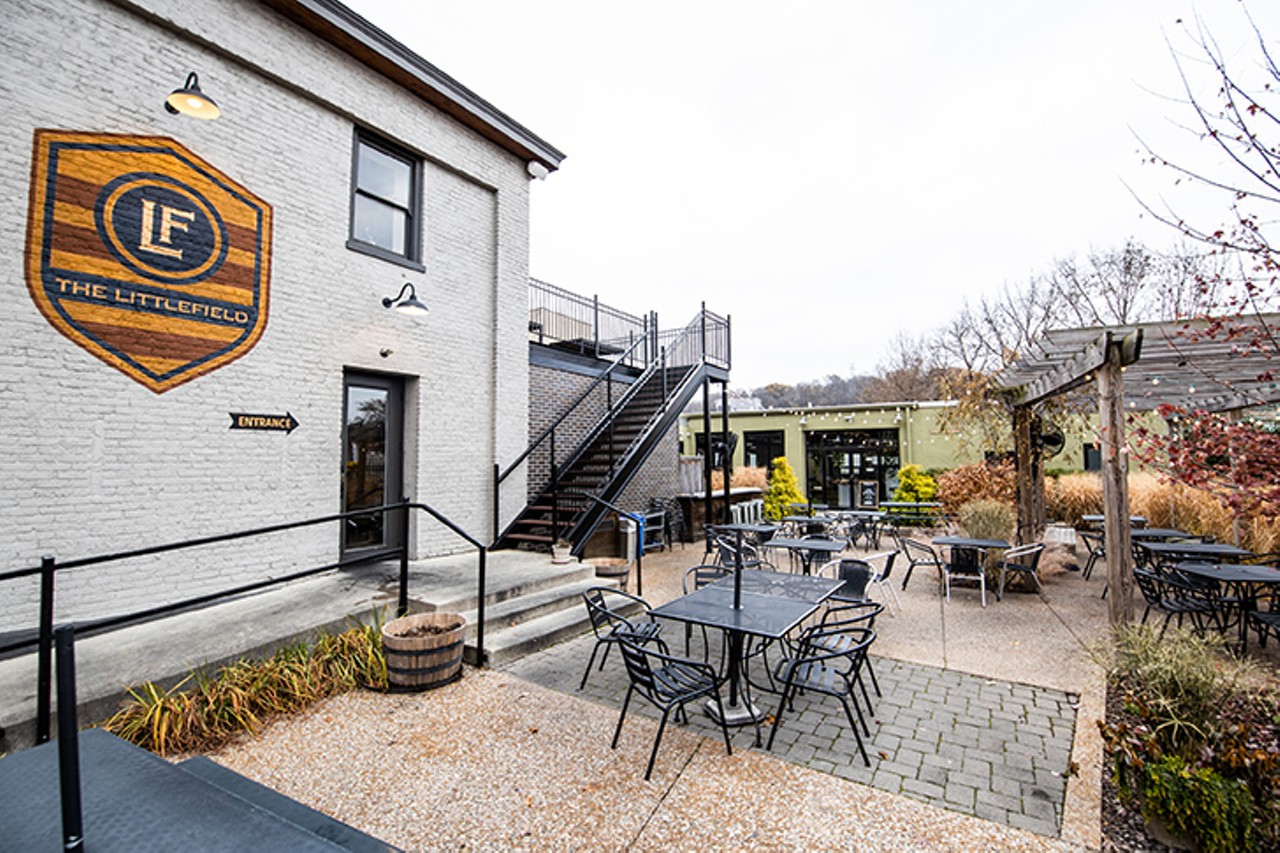 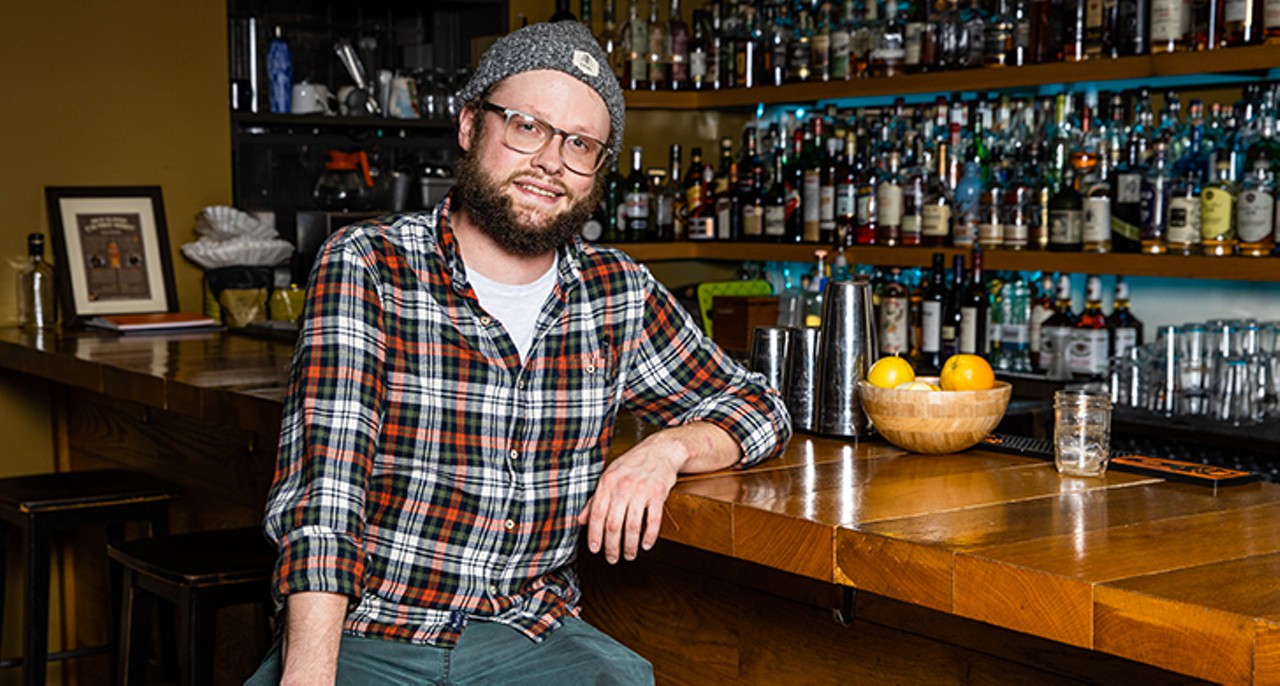 Chef Shoshannah Anderson originally oversaw the kitchen at The Littlefield. Last December, the team opened Branch in East Walnut Hills, with Anderson as head chef. But the Northside spot never skipped a beat after her departure. They hired chef Joe Stalf to oversee food service at Second Place and the Littlefield, charging him with creating what eventually became five of his own menus in the ensuing months. 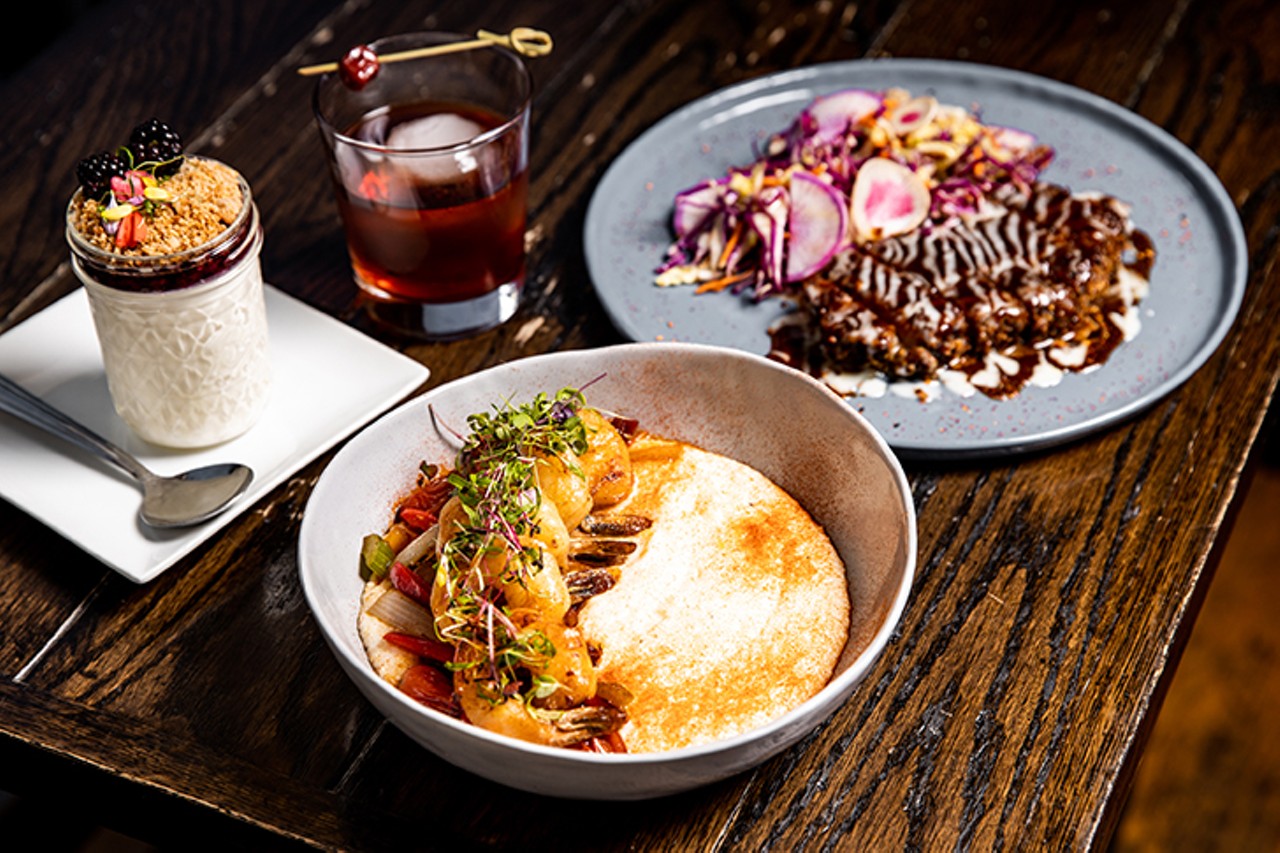 Stalf's tastes lean toward combining elements of both Southern and Asian cuisines. 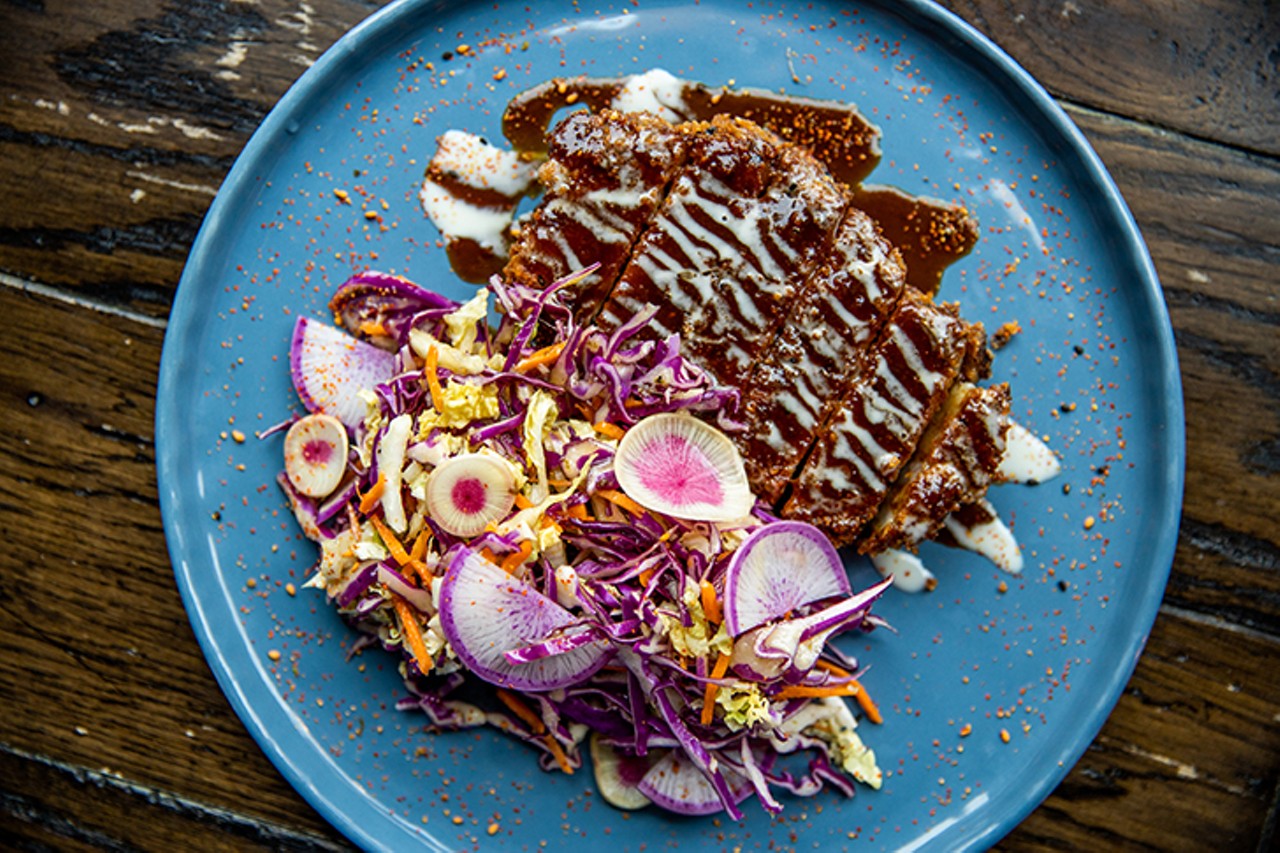 The smoked pork katsu. Stalf smokes a whole loin with a crust of togarashi, a Japanese spice blend that includes sesame seed, dried chiles, ginger and seaweed, among other ingredients. Next, he cuts the loin into half-inch slices, coats the slices with panko and pan-fries them for crispness. It’s topped with katsu — a Japanese curry sauce — blended with a housemade barbecue sauce. Dessert was always one of chef Anderson’s strengths and Stalf has continued to offer her pies, cookies and other sweets. His buttermilk panna cotta topped with seasonal fruit and shortbread crumble tastes marvelous, too. The roasted garlic hummus plate, which works as a shared appetizer or a nice meal for one person. 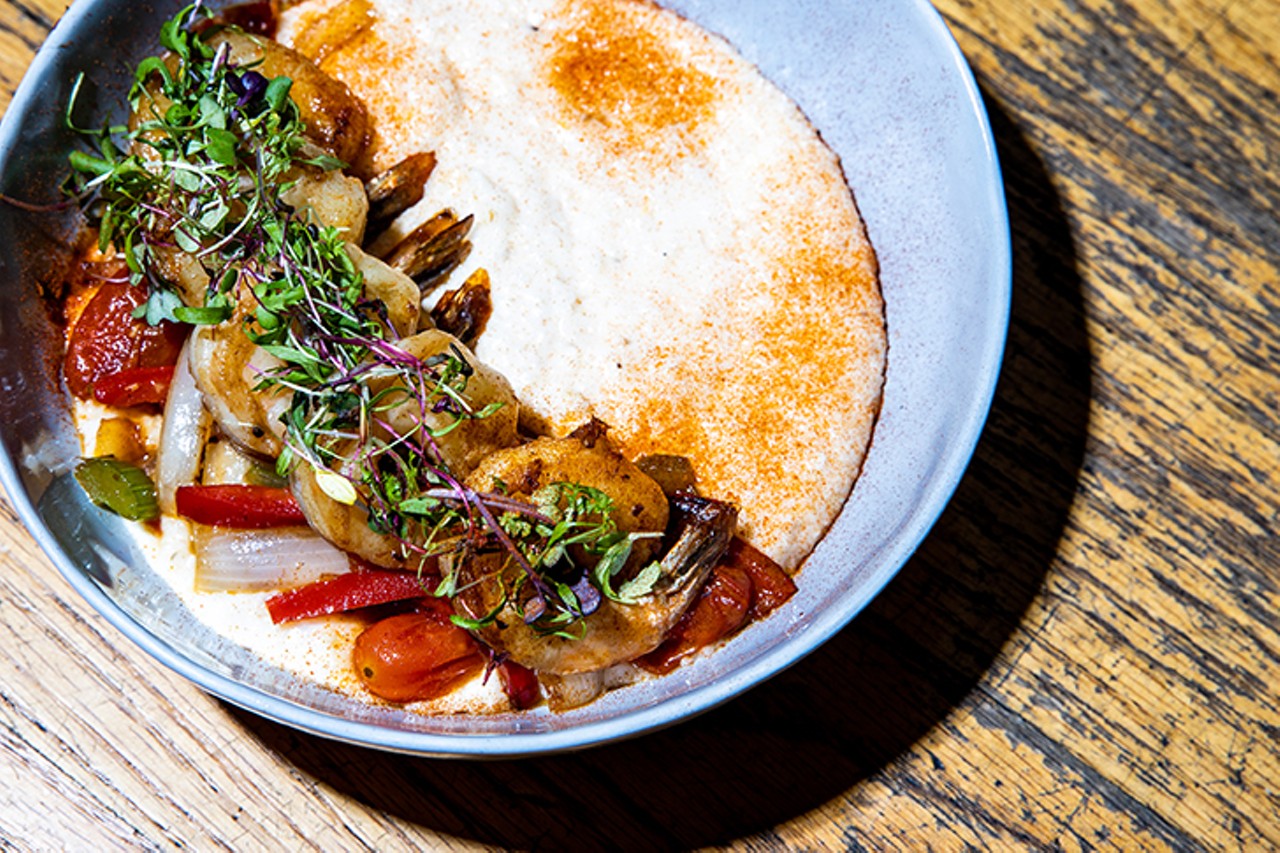 The Littlefield’s new brunch menu abounds with Southern dishes such as fried-chicken biscuits and shrimp and grits. 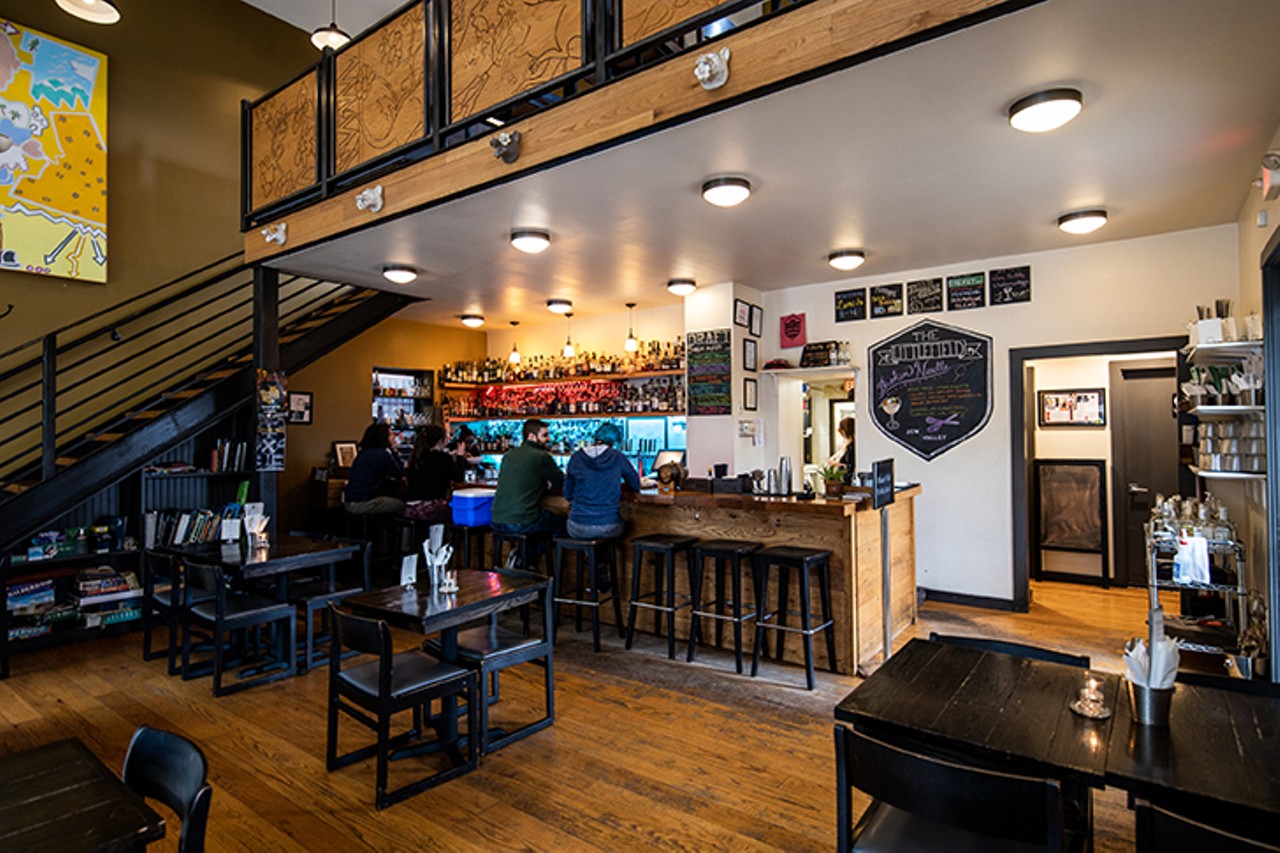 The Littlefield offers an inimitable Northside vibe — friendly, eclectic and non-judgmental no matter who you are or how you dress. 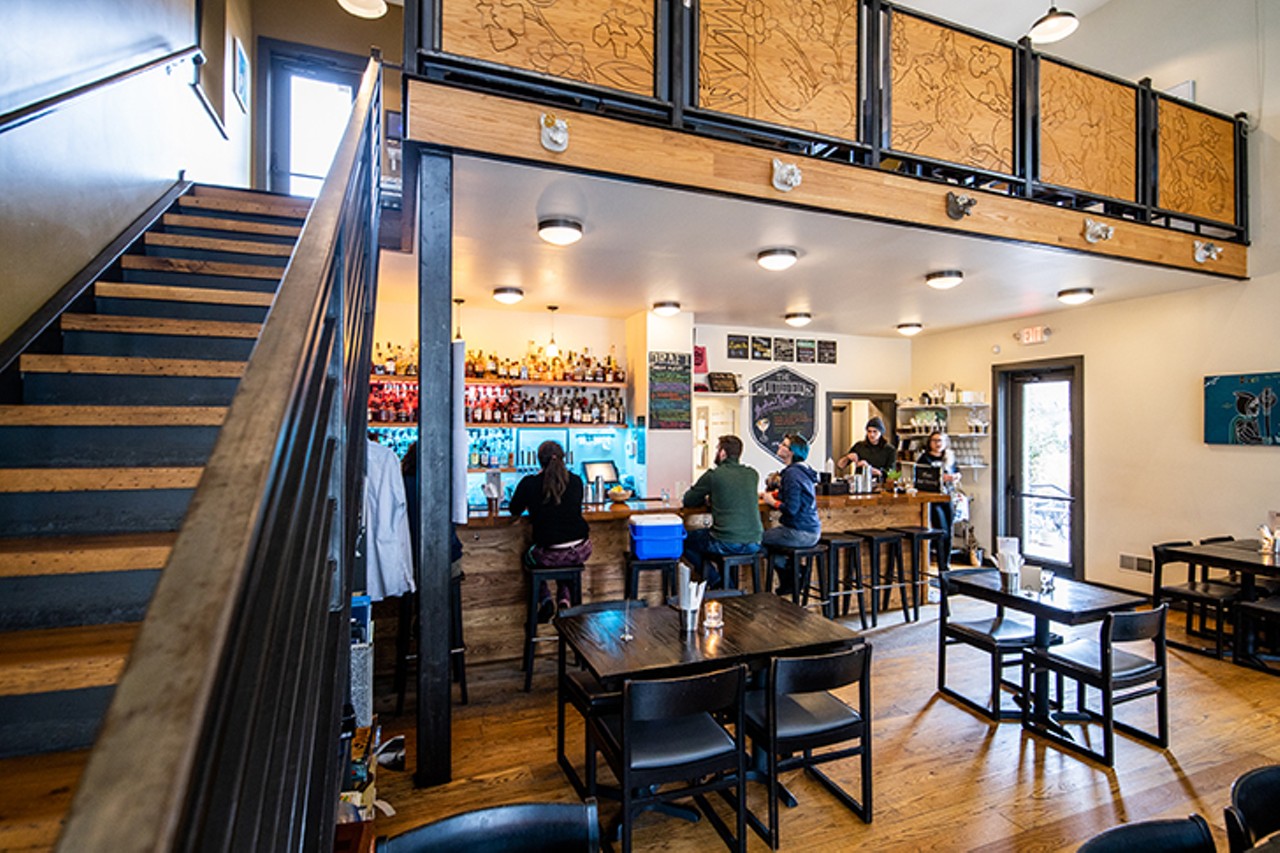 The bar and main dining area